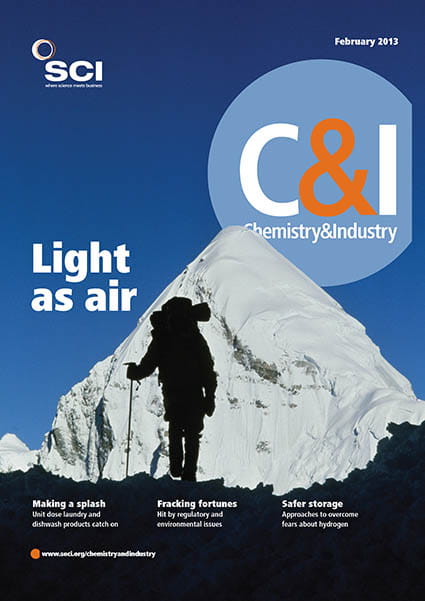 Fancy a lab coat that acts as a chemical shield? US researchers say it could be possible thanks to a new coating that repels more liquids than any other similar material. It could lead to super stain-resistant clothes, breathable garments that act as chemical shields for soldiers and scientists, and advanced waterproof paints that dramatically reduce drag on ships, they claim.

The coating is classed as ‘superomniphobic’ or super-repellent. Anish Tuteja of the University of Michigan claims that this is the first time that such as coating has repelled low surface tension non-Newtonian liquids as well as Newtonian liquids. Non-Newtonian liquids include shampoos, custards, blood, paints, clays and printer inks, which change their viscosity depending on the forces applied to them.

The viscosity of Newtonians liquids, such as water and most other liquids, stays the same no matter.

‘Virtually any liquid you throw on it bounces right off without wetting it,’ reports Tuteja. ‘For many of the other similar coatings, very low surface tension liquids, such as oils, alcohols, organic acids, organic bases and solvents, stick to them, and they could start to diffuse through and that’s not what you want.’

The team tested more than 100 liquids and found only two that were able to penetrate the coating, both chlorofluorocarbons (http://pubs.acs.org/doi/abs/10.1021/ja310517s). The surface repelled coffee, soy sauce and vegetable oil, as well as hydrochloric and sulphuric acids, gasoline and various alcohols.

The coating is a mixture of rubbery plastic particles of polydimethylsiloxane (PDMS) and nano-sized cubes containing carbon, fluorine, silicon and oxygen (POSS, polyhedral oligomeric silsesquioxane). The researchers used electrospinning – where an electric charge creates fine particles of solid from a liquid solution – to apply the coating to a fabric.

Normally, as soon as a liquid comes in contact with a solid surface it will start to spread. ‘We’ve drastically reduced the interaction between the surface and the droplet,” explains Tuteja. Between 95 and 99% of the coating is trapped air, so any liquid that comes in contact with the coating is barely touching a solid surface. This means the coating can dramatically reduce the intermolecular forces that normally draw the two states of matter together. With almost no incentive to spread, the droplets stay intact and bounce off the coating.

It is a ‘very interesting study’, comments Vincent Senez at the University Lille Nord de France, and the first time that people have tested non-Newtonian liquids on superomniphobic surfaces.

The work’s novelty lies in the combination of PDMS with POSS, he believes. ‘The air buffer is fundamental in such surfaces,’ he adds. ‘Keeping the air buffer for all the liquid is the key parameter for having the non-wetting properties. But an important point [not in the paper] is for how long can you keep the air buffer?’