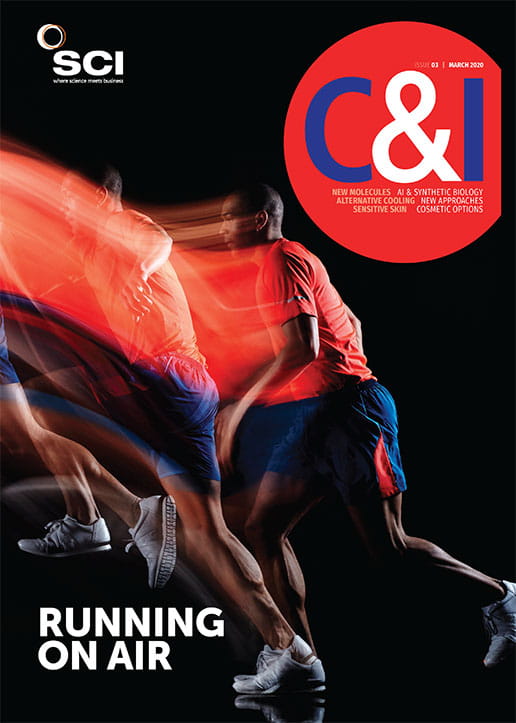 Artificial intelligence is helping to speed the creation of new molecules and living cells by synthetic biology, Michael Gross reports

Synthetic biology was one of the big new directions that emerged after the sequencing of the human genome. With the knowledge of genomes, researchers thought, biology could follow chemistry and move on from the analytical to a fully synthetic phase. Whereas the biotechnology of the late 20th century could only manipulate specific genes, in the post-genome era, new kinds of microbes, metabolisms or enzymes could produce all sorts of useful things from sustainable fuels to revolutionary medicines.

Early efforts appeared to be a rather disparate collection of works pointing in different directions. In 2006, the group of Jay Keasling at the University of California, Berkeley, US, engineered the metabolism of baker’s yeast to produce a precursor to the malaria drug artemisinin. Later, Craig Venter’s team at the J Craig Venter Institute, Maryland, US, created the first ‘living’ cell with an entirely artificial genome – but closely mimicking existing bacteria. And Stephen Mann’s group at the University of Bristol, UK, developed protocells – membrane envelopes – in a move towards artificial cells.1

Each of these approaches is interesting in its own way, but represents only one of the functions that every living cell performs all the time, namely, processing genetic information, metabolism, and separating itself from the outside world while still exchanging materials with it.

One of the more academic motivations behind synthetic biology is to get an idea of how life on Earth may have originated. It is intriguing to note that the newer field seems to have inherited the divisions that split the origins-of-life research for decades. Equally vociferous factions claim the primacy of genomes, membranes or metabolisms, at the starting point of evolution.

Each of these projects also took up a lot of effort as researchers embarked on manually designing new biological entities – competing with evolution, which has had more than 3bn years to try out and test a variety of approaches.

The biofoundry movement, which has recently set up an official global organisation, the Global Biofoundries Alliance (GBA),2 aims to overcome these problems by harnessing robotics and artificial intelligence (AI) for the rapid development of artificial biosystems that can perform useful tasks in industry or medicine.

Efforts are modelled on the highly automated production processes in the electronics industry.

The current chair of the GBA’s steering group, Paul Freemont from London Biofoundry, explains: ‘We currently have 25 institutions; the GBA is growing rapidly. I lead the drafting of a memorandum of understanding, which institutions sign as a non-binding, collaborative agreement in which they agree to share pre-competitive knowledge and knowhow. All activities within the GBA are open source.’

Now, progress in robotics, AI and machine learning promises to make synthetic biology efforts more wide ranging and much faster. For instance, Zak Costello and Hector Garcia Martin at the US Department of Energy’s Lawrence Berkeley National Laboratory used machine learning to address a fundamental problem of synthetic biology as it has been practiced so far, namely its inability to predict whether or not a new construct will actually function.3

From the beginnings of recombinant DNA technology in the 1970s to the development of CRISPR-Cas gene-editing tools in the 2010s, the toolkit available to make new kinds of biological entities has improved dramatically. Now, as Costello and Garcia Martin note, synthetic biologists can design and produce almost anything, but they don’t know in advance whether it will work in a real living cell or organism.

Data available to predict function have also mushroomed. The global amount of transcriptomics data is doubling every seven months, the authors point out. Increasingly, it is becoming impossible for synthetic biologists to use these data efficiently and comprehensively in their efforts. Although computational modelling of cells based on specific datasets like kinetic rate constants is making progress, it doesn’t enable researchers to reliably predict what a new cell will do. ‘It’s very difficult to predict how a pathway will behave when it’s re-engineered. Trouble-shooting takes up 99% of our time,’ Garcia Martin explains. Moreover, there is no easy way of channelling the exponentially growing flood of ‘omics’ information into these models. This is where AI comes in.

Costello and Garcia Martin used a machine learning approach to make predictions about the behaviour of two metabolic pathways they engineered into the bacterium Escherichia coli. The pathways were to produce the substances limonene and isopentenol, both of which are being considered as potential biofuels.

Their algorithm learned from existing experimental data including the vast amounts of transcriptomics data becoming available and derived its own rules, rather than following sets of rules like programmed mathematical modelling would do. The researchers found that the AI outperformed mathematical models in quantitatively predicting the behaviour of the metabolic pathways in E. coli. ‘And the more data we added, the more accurate the predictions became,’ said Garcia Martin. ‘This approach could expedite the time it takes to design new biomolecules. A project that today takes ten years and a team of experts could someday be handled by a summer student.’

Once the troubleshooting is out of the way, could the design process itself also be improved by AI? In an effort to close the circle of ‘design, build, test and learn’ in a fully automated process with minimal human involvement, the groups of Saurabh Sinha and Huimin Zhao at the University of Illinois in Urbana-Champaign, US, integrated their robotic biotechnology platform, iBioFAB (Illinois Biological Foundry for Advanced Biomanufacturing) with a machine learning algorithm.4 A YouTube video shows this facility in action (youtube.com/ watch?v=Hwb735qZ-IQ).

The resulting BioAutomata platform can design experiments, carry them out, interpret the results and use them to design the next set of experiments. It can thus iteratively optimise a given biosystem without human guidance.

As a proof of concept, the researchers set their system to work on optimising the production of lycopene in bacteria. This compound is naturally found in tomatoes and already available as a food additive and pigment. Recent findings of its beneficial effects as an antioxidant and for the prevention of cancer and cardiovascular disease make it an attractive target for the development of large scale, low-cost biotechnological production.

Lycopene biosynthesis is controlled by a fairly simple system of only three genes whose activity must be regulated in relation to each other and to the status of the host organism. For this study, the authors did not allow variation of the external conditions such as temperature and composition of the growth medium, which could also become variables in a broader optimisation strategy.

Even within these limitations, the research showed that the fully automated system arrived at the optimal regulation of the genes in a smaller number of steps than the conventional optimisation procedure would have needed. ‘BioAutomata was able to reduce the number of possible lycopene-production pathways constructed from over 10,000 down to about 100 and create an optimised quantity of lycopene-overproducing cells within weeks - greatly reducing time and cost,’ Zhao explained.

He envisages a broad applicability of such approaches to a wide range of biosystems, revolutionising the design process as much as mechanical automation revolutionised manufacturing in the 20th century.

In 2013, synthetic biologists in the UK set up a new Innovation and Knowledge Centre (IKC) for Synthetic Biology, SynbiCITE. Its main objective is ‘to accelerate and promote the commercial exploitation of synthetic biology research and engineering biology applications’. The centre is led by co-directors Richard Kitney and Paul Freemont at Imperial College London. It works with a wide range of academic and industrial partners across the UK.

In 2016, the centre launched the London BioFoundry, which in May 2019 moved to the new Innovation and Translation Hub at the White City campus in west London. The biofoundry shares the site with a number of biotech start-ups and small companies.

‘The London BioFoundry not only works with leading academic synthetic biology groups at Imperial College but also works with start-ups enabling them to obtain high quality data to support their commercialisation ideas’, Freemont says. ‘The foundry also works with small and large industry as well as instrument manufacturers to showcase their software and hardware tools in a biofoundry context.’

Freemont’s group focuses on the use of cell-free expression systems for prototyping synthetic biology designs, which can speed up the design process for cell engineering. To help bypass the complexities of eukaryotic and particularly mammalian cells, their recent paper demonstrates mammalian cell-free protein synthesis (CFPS) assays based on HeLa cell extracts and liquid handling automation as an alternative to conventional cell-based methods such as tissue culture and flow cytometry.5 As a proof of concept study, the authors used this cell-free system to optimise regulatory gene networks for use in mammalian cell engineering applications.

One kind of artificial biosystem already seeing success and coming close to medical applications is the production of so-called organoids from stem cells. Organoids are cell cultures that replicate some of the functionalities of the organs they represent. They can be used in medical research for drug testing, as well as serving as simple models for more fundamental investigations. As the field progresses, organoids are becoming more complex and better at what they are meant to do, such that one day they may match the natural organs they represent and could, for instance, be used to replace them where necessary.

The group of Alysson Muotri at the University of California, San Diego, US, has recently reported the production of a cerebral organoid incorporating different kinds of brain cells that is the first of its kind to form neural networks that can show brain waves like a human brain.6 Intriguingly, the development of complexity in this mini brain resembles foetal development to the extent that an AI algorithm trained on foetal brain parameters could correctly determine how long a given organoid had been growing.

The researchers are confident that this type of organoid will soon become useful in practice. ‘You can use brain organoids for several things, including understanding normal human neurodevelopment, disease modeling, brain evolution, drug screening, and even to inform artificial intelligence,’ Muotri said.

Biotechnology has advanced dramatically in the complexity of the biosystems it can create. From manipulating single genes, it is moving towards cells, organoids and organisms. A publication that found a widespread media echo at the beginning of this year might be an indication of how a future with synthetic organisms would look like.

The group of Josh Bongard at the University of Vermont in Burlington, US, used an evolutionary algorithm to design synthetic organisms built from between 500 and 1000 skin and heart cells of the clawed toad Xenopus laevis.7 After allowing the algorithm 100 iterations of design improvements, the researchers went on to create some of the designs in the lab. These living machines are able to walk, because the heart cells are naturally programmed to contract rhythmically and the algorithm optimised the use of this natural ability in the artificial construct.

The researchers envisage medical applications such as sending living robots through the bloodstream to clear arteries. As the concept is entirely new and independent of any existing organisms, everything appears to be possible. Within this century, synthetic biosystems designed with the help of AI could solve the climate crisis or overcome cancer, but then again, they could also become weapons of mass destruction or sinister devices to manipulate unsuspecting humans.

Society should keep an eye on the development of synthetic biology and take part in the decisions about which way it should go.