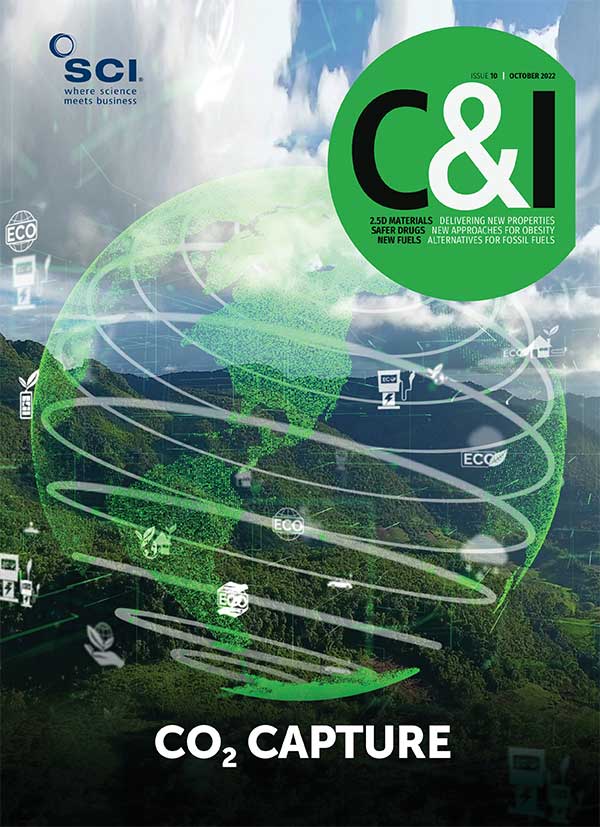 Also, at Lonza, the company has announced a collaboration with UK biotech Touchlight, a company working with enzymatic DNA production to support genetic medicine. The collaboration means Lonza will be able to integrate an additional, differentiated source of DNA for customers developing messenger RNA (mRNA) therapeutics and vaccines. Touchlight benefits from widening the channels through which customers can gain access to its novel ‘doggy bone’ DNA (dbDNA) technology.

UK cell and gene therapy (CGT) company Ori Biotech and the Cell Therapy Manufacturing Center – a joint venture, based in Houston, Texas, US, between National Resilience and the MD Anderson Cancer Center – have announced a collaborative partnership to develop industrial manufacturing processes for cell therapies. The partnership will accelerate process development, clinical implementation and commercialisation of novel cell therapies.

US global food corporation Cargill is partnering with the Singapore Economic Development Board to support local founders with investments that accelerate innovation for the food and agriculture industry in Asia-Pacific. Through this three-year partnership, Cargill will develop a portfolio of at least five new start-ups in Singapore that will focus on industry challenges from increasing access to market data for smallholder farmers to creating more efficient, transparent and cost-effective food supply solutions.

US specialty chemicals manufacturer Solenis has acquired Clearon, which has a portfolio of products for the residential and commercial pool water and spa markets, including sanitisers and disinfectants for water treatment and household, industrial and institutional applications.

Singapore-based production company Global Amines has announced the successful start-up of its new fatty amines production plant in Surabaya, Indonesia. The new plant will supply fatty amines to customers in Southeast Asia and globally. The products are used to produce ingredients in personal care and home care, such as mild surfactants and co-surfactants for shampoo and dishwashing liquids, as well as raw materials for diverse industrial applications.

BASF has inaugurated the first plant of its new Zhanjiang Verbund site in Guangdong, China. The plant has an annual capacity of 60,000t of engineering plastics compounds for the automotive and electronics industries. Zhanjiang will be BASF’s third largest Verbund site after Ludwigshafen, Germany, and Antwerp, Belgium. The company’s Verbund concept is to add value through the efficient use of resources – production plants, energy and material flows, logistics and site infrastructure are all integrated. BASF plans to power the entire Zhanjiang Verbund site with 100% renewable electricity by 2025.

Hyderabad, India-based pharmaceutical manufacturing company Aurobindo Pharma has announced it will invest $37.7m into an expansion of its biosimilars manufacturing subsidiary CuraTeQ Biologics. The aim is to expand production with another mammalian cell culture manufacturing facility and to be fully operational by 2026.

BASF has concluded a framework agreement for the purchase of pyrolysis oil from German chemical recycling company ARCUS Greencycling Technologies. The two companies want to contribute their respective know-how in using recycled raw materials in the chemical industry, thereby driving the transition to a circular economy and reducing CO2 emissions. ARCUS will supply BASF with pyrolysis oil from mixed plastic waste that is not recycled mechanically, and BASF will use the oil in its production plants as a raw material for the production of ‘ChemCycling’ products.

$30tn
US President Biden has launched the National Biotechnology and Biomanufacturing Initiative to help ensure products invented in the US are made in the US. The launch briefing explained that industry analysis suggests that bioengineering could account for more than a third of global output of manufacturing industries before the end of the decade – valued at almost $30tn.

$105m
US analytical laboratory instrument manufacturer Thermo Fisher Scientific has opened its largest single-use technology manufacturing site in Greater Nashville, Tennessee, US. The $105m facility will help the company meet rapidly growing demand for the bioprocessing materials needed to produce vaccines and therapies for cancer and other diseases.

€130m
Investment by German science company Merck KGaA to strengthen its manufacturing capabilities for single-use assemblies, a key technology for the production of Covid-19 vaccines and other therapies, in Molsheim, France, where ISO7 clean rooms, administrative building and new logistics warehousing are planned to be operational by the end of 2024. The site will ramp up to full production by 2028.

Italian multinational oilfield services company Saipem and Norwegian waste technology company Quantafuel have signed a Memorandum of Understanding to collaborate in the industrialisation and construction of waste plastics chemical recycling plants based on Quantafuel’s pyrolysis technology. The thermochemical process converts solid plastic waste into liquid or gaseous products that can be reused as fuel or chemical raw materials for plastics recycling. Saipem will provide intelligent smart operation and maintenance services, as well as joint performance guarantees for the plants.

US clinical-stage biopharma Poseida Therapeutics has entered into a broad strategic collaboration and license agreement with Swiss healthcare company Roche, focused on developing allogeneic CAR-T therapies directed to haematologic malignancies. The collaboration covers the research and development of multiple existing and novel ‘off-the-shelf’ cell therapies against targets in multiple myeloma, B-cell lymphomas and other haematologic indications.

Roche has agreed a global license for biotech Kiniksa Pharmaceuticals’ vixarelimab, an antibody that targets oncostatin M receptor beta, through its Genentech unit.

Chinese chemicals and rubber company Sinochem International has inaugurated its new compounding factory in the Yizheng Chemical Industrial Park, Yangzhou. The new plant currently produces 24,000t of ABS (acrylonitrile butadiene styrene) and is aiming for an annual capacity of 56,000t of ABS and polycarbonate modified materials in 2023.

US manufacturer Milliken has announced the launch of a new clarifier plant in Blacksburg, South Carolina, US, to help meet demand for plastic additives and colourants.

Dutch biotech Synaffix and French-German biopharma Emergence Therapeutics have announced that they have entered into a licensing agreement of up to $360m, providing Emergence with access on a target-specific basis to Synaffix’s proprietary antibody drug conjugate (ADC) technologies. Emergence will be responsible for the research, development, manufacturing and commercialisation of the ADCs. Synaffix will be responsible for the manufacturing of components that are specifically related to its proprietary technologies.

Finnish energy and environmental services development company Fortum is expanding its UK-based operations; building a new Energy-from-Waste plant in Glasgow, Scotland. Fortum plans to use its Carbon2x concept to capture emissions from waste incineration and turn them into CO2-based, high-quality raw materials. It estimates that Carbon2x will help reduce the dependence on fossil-based raw materials, improve Europe’s self-suff-iciency and decarbonise waste incineration.

BASF, Sabic and Linde have begun construction of the world’s first demonstration plant for large-scale electrically heated steam cracker furnaces. The plant will be integrated into one of BASF’s existing steam crackers at its Ludwigshafen Verbund site in Germany. It will test two different heating concepts, processing around 4t of hydrocarbon/h and consuming 6MW of renewable energy instead of natural gas. The technology has the potential to reduce CO2 emissions by at least 90%, compared with conventional steam crackers. Start-up of the demonstration plant is scheduled for 2023.

The US Department of Energy is providing $46m for 22 projects that will create biofuel energy to help decarbonise the transportation and power generation sectors. Led by universities, private companies, municipal resource management entities and local governments, the projects will develop waste conversion and carbon capture technologies to produce fuels from biomass and waste streams and enable algal systems to capture carbon and turn it into alternative clean energy sources.