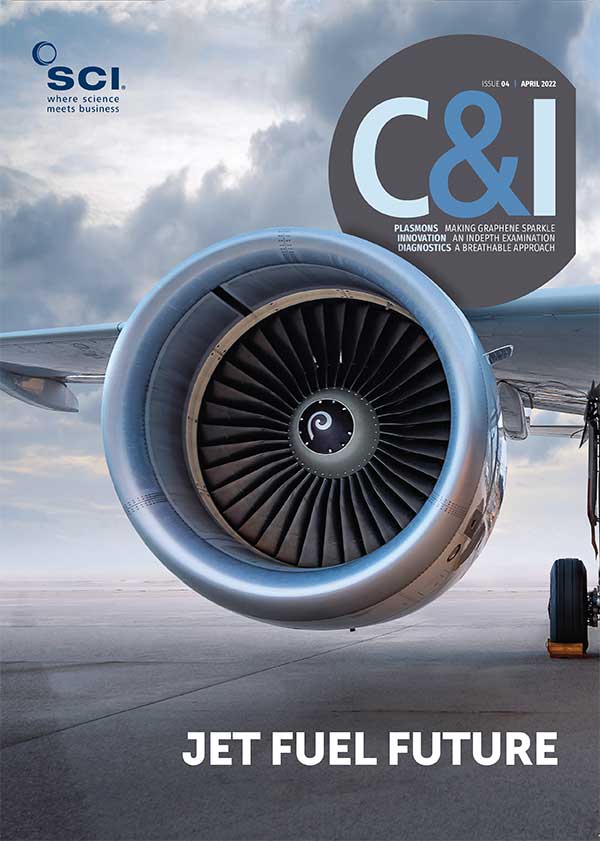 Biopharma Gilead is planning to expand its presence in New Jersey, US, where it intends to create an East Coast hub that eventually will employ 500 people.

BASF has become the first chemical company to be certified according to the SuCCESS (Sustainable Castor Caring for Environmental & Social Standards) Code and has successfully finished the certification process with an external body. The production site in Düsseldorf-Holthausen, Germany, is also the first site in the personal care industry to be certified. BASF has now started supplying its first sustainable castor ingredients to the personal care industry.

Catalent, a US multinational that works with biopharma, cell, gene, and consumer health companies in the development, launch, and supply of patient treatments, has announced the completion of a $30m project at its facility in Limoges, France. The site aims to be a European centre of excellence for biopharmaceutical development, drug product fill/finish services and packaging.

A cooperation agreement involving Uzbekistan-operating companies Ferkensco Management, Enter Engineering and the Switzerland-based Casale has been signed to support the construction of an ammonia-based fertiliser plant in Uzbekistan. On completion, the plant will produce up to 495,000t of ammonia and 594,000t of granular urea/year.

Thermo Fisher Scientific is expanding its US bioanalytical laboratory operations into three new locations in the Richmond, Virginia region. The company will invest $97m in the expansion.

US CDMO Recro Pharma is changing its name to Societal CDMO to reflect the corporate transformation that has taken place as a result of its acquisition and integration of IriSys.

Members of the International Renewable Energy Agency (IRENA) have launched the Collaborative Framework on Critical Materials for the Energy Transition, a platform to exchange knowledge, best practices, and coordinate actions to ensure that the scarcity of minerals and materials does not threaten the accelerated deployment of renewable energy.

Oncology company, Volastra Therapeutics, which focuses on exploiting chromosomal instability as a vulnerability for cancer cells, has announced a collaboration with Bristol Myers Squibb to discover, develop and commercialise new medicines.

CSIRO, Australia’s national science agency, is to tackle Australia’s plastic pollution challenges, pledging to help Australia reduce its plastic waste by 80% over the next decade. An initial $50m will be invested in CSIRO’s Ending Plastic Waste Mission, funded through contributions by CSIRO, industry, government, academia and other organisations, and will develop cutting-edge science and innovation to change the way Australia makes, uses, recycles and disposes of plastics.

80m
The German government has signed contracts with Celonic (and four other partners) to secure the long-term supply of vaccines in Germany against Covid-19 and other pandemics. Celonic will provide the capacity and the expertise for the production of protein-based vaccines at its Heidelberg site until at least 2029. If required, production of up to 80m doses/year can begin immediately.

150,000
Roche has increased its donation of medicines and diagnostics to Ukraine. It has already committed 150,000 packs of an antibiotic medicine, and further donations will include 4,600 packs of specialised medicines for the treatment of influenza, rheumatoid arthritis, SMA and various cancers. Plus, it will send reagents and consumables for automatic testing of up to 120,000 blood donations and 31,000 units for diabetes management.

4,000
The ‘3D’ carbon capture project, driven by a consortium including TotalEnergies, ArcelorMittal, Axens and IFP Energies Nouvelles, has started running an industrial pilot to demonstrate an innovative process for capturing CO2 from industrial activities at ArcelorMittal’s Dunkirk site. The carbon capture facility will process steelmaking gases; separating the CO2. During the demonstration stage, it will capture more than 4000tons of CO2/year.

150m
Mumbai-based biotech Wockhardt has announced a collaboration with Serum Life Sciences UK, a subsidiary of the Serum Institute of India, one of the world’s largest vaccine manufacturers. The agreement will support a global vaccine programme, which will result in the creation of new sterile fill and finish facility in Wrexham, North Wales, that will deliver an additional 150m vaccine doses of multiple vaccines.

Dutch biotech Toxys, which offers a broad spectrum of in vitro toxicology solutions for the safety assessment of novel medicines, (agro)chemicals, cosmetics and food ingredients, is opening a sales office in New York and a production facility in Gaithersburg to accelerate the company’s growth in North America.

The UK’s University of Birmingham has formed a new spinout company, Michabo Health Science, to provide fast, reliable predictions of whether chemicals are potentially hazardous to human health or the environment. The company will use new methods developed by researchers from the University’s School of Biosciences, forming a team with over 20 years of experience in pioneering New Approach Methodologies (NAMs) to assess chemical safety without the need for vertebrate animal testing.

US life sciences company Cytiva is opening a new manufacturing facility in Cardiff, Wales. The site, part of a two-year $1.5bn global expansion plan, has begun to make mixer bags, flow kits and tubing assemblies which will later be shipped to customers. These technologies are used in the development and production of biopharmaceuticals such as Covid-19 vaccines.

Ineos Aromatics has completed a $70m modernisation of its purified terephthalic acid (TPA) plant in Merak, Indonesia, that significantly reduces emissions and increases capacity, supporting the competitiveness and growth of the Indonesian polyester industry. The installation of a larger oxidation reactor, reconfiguration of the reactor’s heat recovery system and revamp of the process air compressor train will both reduce CO2 emissions/t by 15% and increase the site capacity by 15% to 575,000t/year.

AbbVie has completed the acquisition of Syndesi Therapeutics, which gives AbbVie access to Syndesi’s portfolio of novel modulators of the synaptic vesicle protein 2A (SV2A), including its lead molecule SDI-118. The mechanism is currently being evaluated for the potential treatment of cognitive impairment and other symptoms associated with a range of neuropsychiatric and neurodegenerative disorders, such as Alzheimer’s disease and major depressive disorder.

Coriolis Pharma, a German company offering formulation research and development of (bio)pharmaceutical drugs, and U-Medico, a formulation development and biophysical characterisations service provider based in Japan, have formed a strategic alliance that includes an equity investment by Coriolis Pharma into U-Medico. The alliance aims to extend Coriolis Pharma’s expertise, service portfolio and market reach into the Japanese and Asian market, while strengthening U-Medico’s services.

Teva Pharmaceutical Industries has announced a donation of essential medical products valued at over $11m, for acute therapies in humanitarian support of Ukrainian refugees. The donations made by Teva include approximately 27m doses of medicines in over 1.3m packs.

In conjunction with researchers including engineers and physicists, energy company Fortum has developed a chair inspired by Finnish long distance runner Lasse Virén and using its Circo recycled polymers reinforced with cellulose fibres.

Evonik has launched the first renewable isophorone-based cross-linkers made from 100% renewable acetone. The range includes Vestasol IP eCO for isophorone; Vestamin IPD eCO for isophorone diamine; and Vestanat IPO eCO for isophorone diisocyanate. Further downstream products are to be launched in line with future market demand. The new Vesta eCO grades are designed for use in paints and binders for coatings as well as high-performance composite materials.

German biotech BioNTech is working to improve vaccine supply in Africa. The company is aiming to establish scalable vaccine production by developing turnkey mRNA manufacturing facilities based on a container solution – the BioNTainer, said to be the first modular container-based mRNA production facility. It consists of either an active ingredient module or a formulation module; each module comprising six ISO-sized containers.

DSM Engineering has provided Akulon Repurposed polymer, 80% recycled polyamide 6 produced from fishing nets discarded in the Indian Ocean, for Samsung Electronics’ Galaxy S22 smartphones and Galaxy Tab S8 tablets; the first time the polymer has been used for this application.