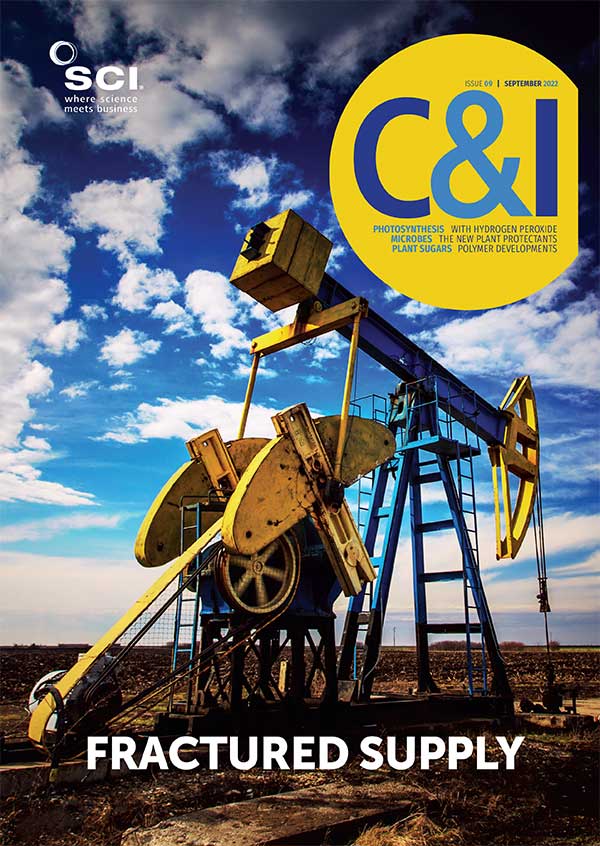 Belgian multinational chemicals company Solvay has announced plans to invest in a new facility to produce electronic-grade hydrogen peroxide (eH2O2) in Casa Grande, Arizona, US, to supply the growing US semiconductor manufacturing market. The facility will convert hydrogen peroxide into an ultra-high purity grade to clean silicon wafers that are used to manufacture semiconductors for electronic devices.

US analytical laboratory instrument manufacturer Thermo Fisher Scientific has expanded its cell and gene therapy capabilities with the opening of a new viral vector manufacturing facility in Plainville, Massachusetts, US. The site will support the development, testing and manufacture of viral vectors, which are critical components in the development and commercialisation of gene therapies.

UK consulting and engineering company Wood has secured two new contracts from Enter Engineering with a combined value of over $200m, to deliver major capital investment projects in Uzbekistan. The first will see Wood’s deliver the full engineering scope for a MOF-3 copper-concentration complex, located in the city of Almalyk. Wood will also provide detailed engineering and procurement assistance services to build a new methanol-to-olefin (MTO) based gas-chemical complex, located in the Bukhara region. The plant will produce hydrocarbon derivatives for a range of industries, including agriculture, pharmaceuticals and textile manufacturing.

German multinational science and technology company Merck KGaA is to acquire the chemical business of Mecaro, a Korea-based manufacturer of heater blocks and chemical precursors for semiconductor thin-film deposition. The acquisition is part of the Level Up growth program of Merck’s Electronics business sector, which includes investments of significantly more than €3bn from 2021 to 2025 in innovation and capacities, and focuses on four, mutually reinforcing key priorities: scale, technology, portfolio as well as capabilities.

US healthcare company Abbott is to construct a new greenfield manufacturing facility in Kilkenny, Ireland and further invest in its Donegal Diabetes Care site, representing a combined investment of €440m.

US biopharma Amgen and US biotech ChemoCentryx, a company focused on orally administered therapeutics to treat autoimmune diseases, inflammatory disorders and cancer, have entered into an agreement under which Amgen will acquire ChemoCentryx at a share price of $52, representing a value of approximately $3.7bn.

px Group has been awarded a 10-year operations and maintenance contract by ReNew ELP at the world’s first commercial-scale plastic recycling plant. Based at the Wilton International site in Teesside, England, ReNew ELP, a subsidiary of Mura Technology will use the HydroPRS technology, which uses supercritical water to break down post-consumer plastics into valuable liquid hydrocarbon products including naphtha, gas oils and heavy wax residue, all essential building blocks in the manufacturing of new plastics and other materials. The site will initially process 20,000t/yr, but it has the scope and planning permission for additional processing lines, which would take its processing capability to over 80,000t/yr.

VTT Technical Research Centre of Finland plans to spin out a new company – Olefy Technologies. Its patent-pending technology can extract over 70% virgin grade plastics and chemical raw materials components from plastic waste in a single step, greatly reducing the cost of plastic recycling and making recycling a preferred option. Today, only 8–10% of global plastics gets recycled, primarily through mechanical recycling. However, only a limited share of plastic waste can be mechanically recycled. Furthermore, the resulting recycled plastic cannot be used in food packaging and pharma applications.

Chinese CRDMO WuXi STA has started construction of its 75-hectare pharmaceutical manufacturing campus in Middletown, Delaware, US, WuXi’s second facility in the US.

German specialty chemicals company Evonik is raising the production capacity of its ACEMATT precipitated matting agents at its manufacturing facility in Taiwan. The capacity increase will help to meet the rising demand for matting agents in Asia, with the capacity expansion scheduled for completion by the second half of 2023.

80,000
Norwegian recycling company Quantafuel, Dubal Holding (the investment arm of the Dubai Government in the commodities and mining, power and energy, and industrial sectors) and German multinational chemicals company BASF have signed an agreement to carry out a design for developing an 80,000t/yr Plastics-to-Liquid (PtL) processing plant in Dubai. The project will be a significant step towards a circular economy converting low-quality, non-recyclable plastics into valuable products and help Dubai achieving its objective of zero waste going to landfill by 2030.

200,000
US contract research organisation Worldwide Clinical Trials has expanded its early-phase large-molecule capabilities and services with a new 1,400m2 dedicated lab at its Bioanalytical Centre of Excellence in Austin, Texas. Worldwide aims to meet the growth in demand for bioanalytical testing services by expanding its forecasted sample analysis scale from 70,000 annually to 200,000 in 2024.

Leeds, UK-based Prime Surfactants, a distributor of surfactants specialties for the Personal Care and HI&I industries and other industry segments in the UK, has been acquired by German chemical distribution company Brenntag.

US biotech Atomwise, which uses artificial intelligence (AI) for small molecule drug discovery, has established a strategic and exclusive research collaboration with French pharma Sanofi that will leverage its AtomNet platform for computational discovery and research of up to five drug targets. The approach shifts the mode of drug discovery away from serendipitous discovery and toward search based on structure, making the drug discovery process more rational, effective and efficient. The AtomNet platform incorporates deep learning for structure-based drug design, enabling rapid, AI-powered search of Atomwise’s proprietary library of more than 3tn synthesisable compounds.

Swiss pharma and biotech Lonza has expanded the range of particle engineering services offered by its Monteggio site through the introduction of X-ray powder diffraction. This rapid analytical technique provides additional information about the polymorph and solid-state properties of active pharmaceutical ingredients (APIs).

Saudi chemical manufacturing company SABIC has announced that its SABIC SK Nexlene Company (SSNC) joint venture with SK Geo Centric in South Korea will expand the capacity of its plant in Ulsan for production of advanced material solutions using Nexlene technology. The capacity expansion will meet a growing demand for Nexlene-based polyolefin solutions in several markets, including encapsulant film for use in photovoltaics, as well as innovations in resilient footwear applications and enhanced packaging solutions to reduce food wastage.

Shell Chemicals Park Moerdijk, a subsidiary of the British multinational, is to invest in its plan to transition the chemicals park into a site able to offer more low-carbon products and products made using recycled material. Shell Moerdijk will build a new pyrolysis oil upgrader unit that improves the quality of pyrolysis oil, a liquid made from hard-to-recycle plastic waste, and turns it into chemical feedstock for its plants.

Swiss-American multinational pharma Novartis has announced its intention to separate Sandoz, its generics and biosimilars division, into a new, publicly traded standalone company by way of a 100% spin-off.

Swiss specialty chemicals company Arxada is extending its long-term collaboration with Dutch multinational Royal DSM for the supply of niacin and a range of other nutritional ingredients from Arxada’s facility in Visp, Switzerland, to DSM’s vitamin and aroma ingredients business in neighbouring Visp-Lalden.

The Australian Research Council (ARC) has launched the ARC Centre of Excellence for Plant Success in Nature and Agriculture, which aims to help secure a sustainable and productive future for plants in Australia and around the world. A further goal is to establish Australia as a global leader in evolutionary systems biology – how plants work and evolve – and give plant breeders more predictive power for more successful crops. ARC has also announced a new University of Queensland-led training centre, set to become a hub for research in ‘green’ plastic where researchers will work toward developing bio-derived and bio-degradable plastics that have a minimal environmental impact.

Danish shipping company Maersk has announced a partnership with Chinese company Debo, with plans to launch a bio-methanol project in China with an annual capacity of 200,000 tonnes. Maersk has also commissioned 12 container vessels that will be sailing on green methanol. The start of the Debo plant’s commercial operations and the delivery of the first bio-methanol vessel are both scheduled for 2024.

New Brita filtration jugs are to be made from a range of Ineos Styrosolutions’ Terluran ECO, Styrosolution PS ECO and NAS ECO materials. Ineos recently introduced NAS ECO, a styrene methyl methacrylate (SMMA) material , which was developed in cooperation with BASF, and based on BASF’s production of styrene monomer derived from renewable feedstock.

Solvay has developed a new range of UV-C stabilisers for hygiene applications where polyolefin surfaces are treated with UV light against hospital-acquired infections, and also for sporting venues and aircraft and vehicle interiors. They will be on show at K 2022 in Dusseldorf 19-16 October.

BASF has launched PuriCycle, a new line of high-performance catalysts and adsorbents designed to purify complex waste plastics feeds for conversion by pyrolysis into raw materials for new plastics as part of a circular economy. The new materials can remove impurities such as halogens, nitrogen, oxygen and sulfur compounds as well as reactive components like dienes that can limit further downstream processing.

Advanced Biochemical Thailand has launched Epinity, its new brand name for its a bio-based, drop-in epichlorohydrin (ECH), for use as an alternative precursor for epoxy resins, used in protective coatings, adhesives, advanced composites, paper and waste water treatment chemicals and mild surfactants for personal care and fine chemical applications.

Ineos has launched Bio-Attributed Ethylene Oxide, based on certified bio-based sources that do not compete with food production. It is certified as 100% renewable on a mass balance basis and delivers a Greenhouse Gas saving of over 100%, compared with conventionally produced EO.