The 2021 Nobel Prize Winners, their critical work ... and the SCI link 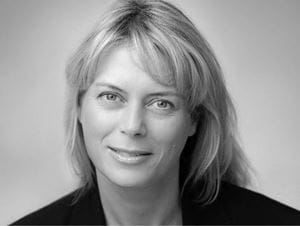 The Nobel Prize winner announcements this week are really good news for our sector.

It’s brilliant to see climate change and innovation at the core of the stellar work. David W.C. MacMillan of Princeton University and the Max-Planck-Institute’s Benjamin List have won the Nobel Prize in Chemistry 2021 for “the development of asymmetric organocatalysis.” This has made chemistry greener and it is amazing they developed the same concept whilst working independently. This third type of catalysis builds on small organic molecules. I agree with Nobel Committee member Peter Somfai that “It’s a game changer; like a new chess piece and is very, very powerful”. I’m also proud that both winners have been speakers at SCI events.

Syukuro Manabe and Klaus Hasselman won one half of the Nobel Physics Prize this year. This is notable too – “for groundbreaking contributions to our understanding of complex systems” as it involved “the physical modelling of Earth’s climate, quantifying variability and reliably predicting global warming.”

I write this from Frankfurt where I have opened the CIEX conference for European leaders in the chemical using industries. Innovation and collaboration were the key themes – both of which are shown in this year’s Nobel awards.

I also write as I plan the SCI youth forum at COP 26 in a few weeks’ time. We are showcasing a panel of young scientists and their work around sustainability. And who knows, one of them might be a Nobel Prize Winner of the future.”