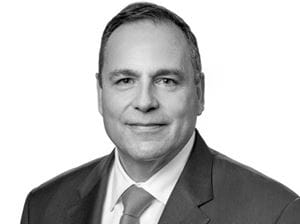 Vergnano, Chairman of the Board of Directors for The Chemours Company, served as Chemours’ President and CEO from July 2015 through July 2021. He served on the board of SCI America for many years, most recently as Chair of the Audit Committee.

The 2022 Chemical Industry Medal marks the return of the black-tie affair to New York’s Plaza Hotel where guests will gather in-person on March 8, 2022 for the first time since 2019. The program will feature remarks from Honoree Mark Vergnano. The event is the main fundraising event for SCI America, a nonprofit organization founded in 1894. Tickets and tables to the event may be purchased through SCI America at 215-629-5150 or sci-america@sciencehistory.org.

“Through his leadership, Mark built Chemours into a leader in the safe and efficient production of high-quality industrial chemical products,” said John Paro, chair of SCI America. “He has established himself as a leading voice in the specialty chemical sphere and, as Chair of the Future of Stem Scholars Initiative (FOSSI), a program which provides scholarships to students pursuing STEM degrees at Historically Black Colleges and Universities, helped to establish an innovative program to encourage minority students to pursue careers in industrial chemistry.”

The SCI Chemical Industry Medal honors an individual whose leadership, commitment, and contributions have been responsible for substantial progress and performance of the chemical industry. In addition to being an active guiding force in the leadership of their organization during periods of expansion, challenging conditions, or new directions, recipients are known for service rendered to the industry as a whole.

Mark P. Vergnano serves as the Chairman of the Board of Directors for The Chemours Company, a $6B revenue chemistry company named to the Fortune 500 in 2018. He previously served as the company’s initial President and CEO upon its spinoff from DuPont in July 2015 until July 2021. At Chemours, Vergnano nurtured a culture within the company that mirrored its values of customer centricity, safety obsession, unshakeable integrity, simplicity and collective entrepreneurship. During his tenure, Vergnano and the Chemours leadership team streamlined the Chemours’ business and cost structure; successfully managed its legacy liabilities; reduced its net debt to EBITDA ratio from 6x to 3x; increased EBITDA and free cash flow by over 100% and significantly increased the company’s market cap. Vergnano has over 40 years of industrial experience with a legacy of thoughtful and results-driven leadership.

Vergnano began his career at DuPont in 1980 as a process engineer in its fibers business. He went on to serve the company in various leadership capacities and geographic locales over the next 35 years with distinction, culminating in his appointment as Executive Vice President in October 2009. As Executive Vice President, Vergnano oversaw over half of DuPont’s businesses (Electronics, Safety & Protection, Chemicals) and several of its corporate functions (Communications, Marketing and Sales, Safety and Sustainability).

Vergnano is a member of the Board of Directors of Johnson Controls International. He is the past Chairman of the American Chemistry Council (ACC) Board of Directors, past Chairman of the National Safety Council Board of Directors, and a past board member of the National Association of Manufacturers (NAM). He serves on the advisory board for the University of Connecticut School of Engineering and is the present Chair of the Future of Stem Scholars Initiative (FOSSI), a national chemical industry-wide program which provides scholarships to students pursuing STEM degrees at Historically Black Colleges and Universities and connects these students to internships, leadership development and mentoring opportunities at participating companies.

About the Chemical Industry Medal
The Chemical Industry Medal has been awarded by SCI America for more than 85 years. Presentation is made annually to a recipient selected by the Executive Committee of the America Section of the SCI. The Chemical Industry Medal is a testimonial to men and women whose leadership, foresight, and contributions to applied chemistry have been, to a considerable degree, responsible for the growth of that industry. The medal has attained distinction by reason of the outstanding achievements and caliber of those who have been honored. Past recipients include Craig Rogerson, Chris Pappas, Neil Chapman, Steve Pryor, Sunil Kumar, Andrew N. Liveris, David N. Weidman, J. Brian Ferguson, Michael E. Campbell, and Jeffrey M. Lipton. For a complete list of winners, see SCI CIM winners.

About the Society of Chemical Industry
SCI America was founded in 1894 in New York City. It provides a unique networking forum for chemical industry leaders, industrial scientists, and technologists to exchange new business ideas and best practices. It celebrates achievements in industrial chemistry through three medal awards: The Perkin Medal, the Chemical Industry Medal, and the Gordon E. Moore Medal. The organization works to inspire students to enter technical careers by offering its members an opportunity to participate in an annual scholars program. SCI America also offers its members the opportunity to become part of its growing network by participating in its annual Innovation Day, where young industry leaders come together to celebrate innovation in the chemical industry and to seek solutions for tomorrow’s challenges.

By highlighting extraordinary individuals and their work, SCI America aims to promote public understanding of research and development in modern chemical industries, enhance the interest of students in applied chemistry by providing role models, and emphasize the role of creative research in the global economy. For more information, visit SCI America’s website: www.sci-america.org.