Companies will explore supply options for both blue and green hydrogen

Industrial partners intend to advocate for the growth of green steel in Europe, while Australia and US strengthen research collaboration

BP and Thyssenkrupp Steel have signed a Memorandum of Understanding (MoU) which is focused on the development of a long-term supply of low-carbon hydrogen and renewable power for steel production. Thyssenkrupp is said to account for 2.5% of the Germany’s carbon dioxide emissions, mainly at the company’s site in Duisburg. By replacing the coal-fired blast furnaces with direct reduction plants, where iron ore is reduced with low-carbon hydrogen, Thyssenkrupp Steel intends to make its steel production climate neutral in the long-term.

The companies added that they will explore supply options for both blue and green hydrogen, as well as power from wind and solar generation through the use of power purchase agreements. They also intend to jointly advocate for policies that will support the development of low carbon hydrogen and the growth of green steel in Europe.

BP recently announced that it had taken a 40.5% stake the Asian Renewable Energy Hub project. It will supply green hydrogen and green ammonia for the Australian and international markets.

In a separate development Australia and the US have signed an agreement to increase international research and collaboration in areas related to hydrogen, renewable energy, plastic waste and electricity grids. A (MoU) was signed between Australia’s national science agency, the Commonwealth Scientific and Industrial Research Organisation (CSIRO) and the US Department of Energy’s National Renewable Energy Laboratory (NREL). 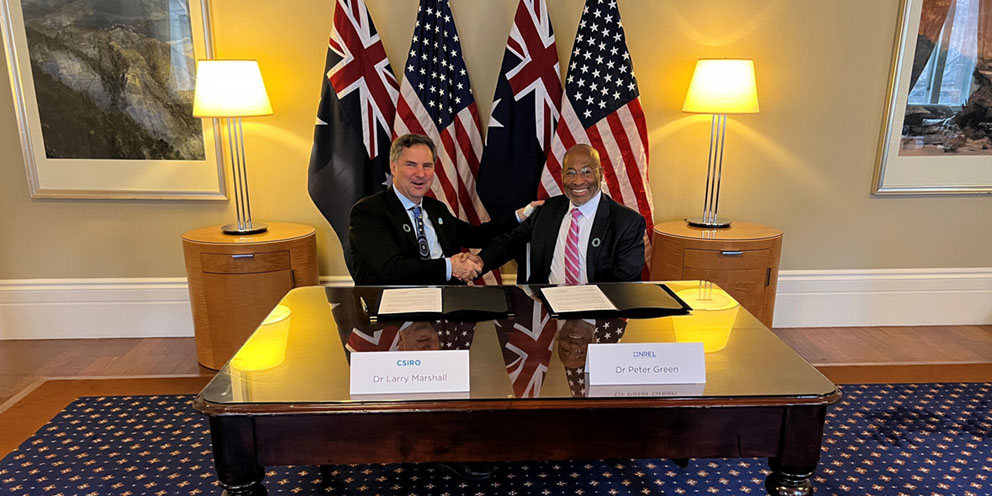 The partners said that under the agreement they will initially focus on areas of strategic importance to Australia. Commenting, CSIRO Chief Executive Dr Larry Marshall said: ‘[The agreement] builds on the existing collaboration between our two organisations in solar, energy resilience, the Global Power System Transformation Alliance and plastics research. It aligns closely with Australia’s national interests, including hydrogen and grid resilience as well as CSIRO’s major research mission to help end plastic waste and build Australia’s clean hydrogen industry.’

The partners added that this latest agreement transforms the relationship between the agencies from one based on individual projects, to a comprehensive program of ‘solution-driven science, research and innovation.’