Cultivated meat: from the field via cellular agriculture to the plate, Wednesday 22 March 2023, 4–5pm (online)

‘From farm to fork’ is used to describe the food product supply chain, but now we can talk about ‘from field to fork’ – via the lab. At a time when meat production accounts for 80% of all agricultural land globally, scientists have to think of alternatives. The team from Maastricht, Netherlands-based Mosa Meat, a leader in the cultivated meat sector, has a solution. At the March SCI (Society of Chemical Industry) SCItalk, Mosa Meat’s Chief Scientific Officer, Dr Mark Post, will talk about his work, the future of meat and the ongoing developments in this field of science.

Not only is meat consumption using up vital land as cattle graze to produce the meat we crave, it is also contributing to around one fifth of the world’s greenhouse gas emissions. Meat demand is likely to soar further as the world population rises, with global meat consumption projected to grow more than 40% by 2030.

Mark Post met food technician Peter Verstrate in 2006 at a programme to explore the possibilities of cultured meat. They later pledged to work together to create sustainable burgers – and they did, taking cells from a cow and using natural processes to nurture and grow them into real beef. 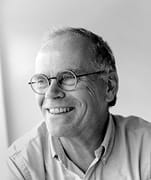 ‘The world’s first cultured beef burger took years of research to refine and around 250,000 euros of investment. We worked hard to make it indistinguishable from conventional meat – and ensure neither planet nor animal were harmed along the way.

‘Beef is the protein with the highest carbon footprint. Our mission is to fundamentally reshape the global food system, pioneering a cleaner, kinder way of making real beef.’

The pair launched the first cultured beef burger in 2013 in London. Mosa Meat was incorporated in 2016 and its team of scientists and engineers grew from there. The company has grown to over 160 employees, with more than 80 scientists. The team is ready for the next phase of expansion, housing industrial-size production lines and enabling larger production quantities of beef.

Mark is a trained medical doctor who previously specialised in tissue engineering for vascular grafts.

‘Mosa Meat is a great example of scientific innovation addressing a societal need. These new products address some of society’s largest issues of meeting global food demand whilst protecting the planet. SCI’s community of innovators and entrepreneurs are addressing issues from climate change to global health via new scientific inventions. The firm’s business expansion is also inspiring – showing how two founders with a vision can invest in R&D, reduce carbon footprint and satisfy the consumer.’

SCI’s free-to-attend series of SCItalks is a platform for the public to hear from some of the most high profile voices in the science-using industries. The debates cover areas as wide ranging as climate change and nudge behaviour to agriscience and flavours and fragrances.

For more information, please contact Maxine Boersma on 07771563373 or Maxine.Boersma@soci.org