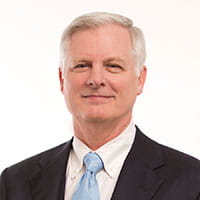 SCI America is pleased to announce that the 2016 SCI Chemical Industry Medal will be presented to James L. Gallogly, retired chief executive officer of LyondellBasell and a current director of DuPont. He will receive the medal at a dinner in his honour on 8 March 2016, at the Plaza Hotel in New York.

The SCI Chemical Industry Medal honours an individual whose leadership, commitment and contributions have been responsible for substantial progress and performance of the chemical industry. In addition to being an active guiding force in the management of their company during periods of expansion, challenging conditions, or substantial redirection, recipients are known for service rendered to the industry as a whole.

James L. Gallogly was named CEO of LyondellBasell in 2009 at a time when the company’s future was uncertain. He ably guided the company and successfully repositioned it as an industry leader.

In his nearly 30 year professional tenure building up to his leadership of LyondellBasell, Gallogly’s experience and accomplishments speak for themselves. In his current role as a director of DuPont, he continues to contribute to the betterment of industry as a guiding force, aptly applying the lessons, experience, and leadership perspective of a successful career.

“Jim Gallogly has long been an example of great leadership, well before he took a struggling company and led it to robust profitability in record time,” said Michael Graff, chair of SCI America. “Jim’s accomplished career is testament to his intuitive and no-nonsense approach to leadership, and notably punctuated by his remarkable success in rebuilding LyondellBasell into one of the safest, most well run refining and chemical companies in the world. His lifelong commitment to our industry and record of accomplishment truly exemplify the character and achievement recognised by the SCI Chemical Industry Medal.”

About James L. Gallogly
Before joining LyondellBasell, Gallogly spent 29 years with Phillips, ChevronPhillips, and ConocoPhillips. At these affiliated companies he worked in both the petroleum and chemical businesses, acquiring increasing responsibilities and enjoying considerable success. At the time he left ConocoPhillips he was executive vice president for exploration and production. Prior to that he was executive vice president for refining, marketing, and transportation, and from 2000 to 2006 he served as the founding CEO of ChevronPhillips Chemical Company - a Phillips-Chevron joint venture.

About the Chemical Industry Medal
The Chemical Industry Medal has been awarded by SCI America for more than 85 years. Presentation is made annually to a recipient selected by the Executive Committee of the America Section of the SCI. The Chemical Industry Medal is a testimonial to men and women whose leadership, foresight and contributions to applied chemistry have been, to a considerable degree, responsible for the growth of that industry. The medal has attained distinction by reason of the outstanding achievements and calibre of those who have been honoured. Past recipients include Sunil Kumar, Andrew N. Liveris, David N. Weidman, J Brian Ferguson, Michael E. Campbell and Jeffrey M. Lipton.