Alzheimer's drugs made from Welsh daffodils

Treatments for Alzheimer’s disease can be expensive to produce, but by using novel cultivation of daffodils one small Welsh company has managed to find a cost-effective production method of one pharmaceutical drug, galanthamine.
Cassie Sims

The disease has been identified as a protein misfolding disease which leads to the break down, or death, of neurons and synapses in the brain. The pathology of the disease is complicated and involves many processes and enzymes.

The main current form of treatment is acetylcholinesterase inhibitors(AChEIs). Acetylcholine is a neurotransmitter that is mainly involved in motor function, particularly in muscles, and its production has been found to decrease in Alzheimer’s patients as they age. AChEIs inhibit the breakdown of acetylcholine, strengthening the brain’s responses. 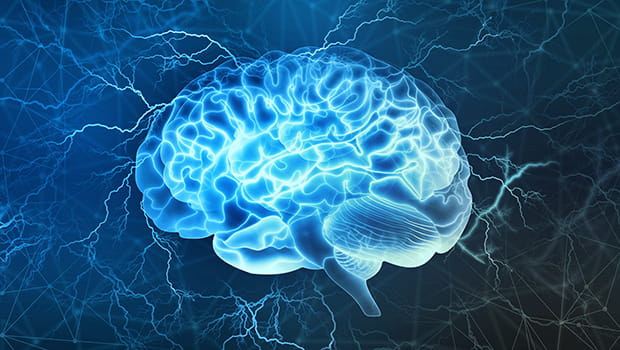 Alzheimer's disease affects the neurons and synapses in the brain.

Galanthamine is a natural product that is also an acetylcholinesterase inhibitor. It has been used in medicine since the 1950s and is commonly used for the treatment of Alzheimer’s disease. The drug can be isolated in small quantities from flowers such as Caucasian snowdrop, daffodils and red spider lilies, or produced synthetically at a high cost.

The main sources of galanthamine production are either costly total synthesis from isovanillin or extraction from daffodils. Initially extraction from plants was expensive and unreliable; galanthamine is found in the leaves and bulbs of all daffodils but in varying levels depending on the species and environmental conditions under which they were grown.

In 2004, a biology professor, Trevor Walker, decided to start researching on Alzheimer’s treatments having been inspired by a friend’s wife who had been recently diagnosed with the disease. He began working with daffodils. 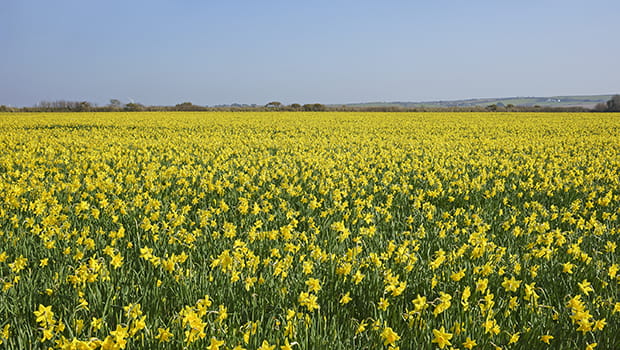 After his work was published in Welsh innovation magazine, Advance Wales, Walker was approached by Kevin Stephens, the son of a local Welsh farmer with experience working in business. They came together to form a new business – Agroceuticals.

As a result of his combined agricultural and business knowledge, Stephens was looking to diversify his livestock farm to compensate for changing farming economy and provide a stable future for his son who would one day inherit the family farm.

‘The problem is, if you look up the numbers for cattle and sheep farming in Wales, you end up with the subsidy line invariably being greater than the profit line,’ he said. Making galanthamine from daffodils seemed like the obvious choice to the farmer, who was keen to contribute to the improvement of Alzheimer’s disease treatments.

The company has been able to progress it’s work significantly by receiving funding from Innovate UK and Biotechnology and Biological Sciences Research Council (BBSRC) grants. Currently, they are working at a smaller scale in collaboration with small research companies.

The work of Agroceuticals has resulted in a low-cost, efficient and sustainable method for producing galanthamine, which can hopefully be scaled up in future to supply major pharmaceutical companies and reduce the cost of Alzheimer’s treatments overall.