Supercapacitors are super-fast in charge transfer, can quickly respond to changing energy demands and they can also be made flexible and wearable. The next challenge is to make them super-sustainable. Michael Gross reports.

Electric scooters rented through an app flooded city centres in Germany in the summer of 2019. The government had allowed them in the streets on the grounds of getting people out of cars, but first analyses showed they ended up being more of a toy that people used for joyrides when they might as well have walked or taken public transport.

The scooters looked flashy and modern, but come nightfall, some rather old-fashioned procedures had to happen. Workers had to track down the scooters wherever the last user dumped them, pick them up, take them home and plug them into their wall socket to recharge them. In an ideal scenario of future electromobility, they could save most of this trouble, giving a scooter a blast of energy in 90 seconds on the spot, and moving on to the next one. Alternatively, a user could get a rebate for passing a charging point on their ride and doing a quick refill.

Similarly, one can now imagine electric buses being recharged during the time they stop to let passengers get on and off, or cars picking up power while they are waiting at a traffic light. Such quick transfers of electric energy aren’t possible with lithium ion batteries, but they are within reach for their most promising rivals in the energy storage sector, the supercapacitors.

A capacitor – a mainstay of schoolbook physics – is just a pair of electrodes separated by an insulator, such that opposite charges can be stored on either side. Compared with this elementary version, the supercapacitor is a more advanced piece of electrical equipment in that it can take all kinds of shapes and sizes and be made from a wide variety of materials. It sits in between a traditional capacitor and a rechargeable battery in that it can take up much more charge than the former and move it much more rapidly than the latter.

As opposed to a battery, there is no chemistry involved in charging a capacitor, it’s just the physics of electrons sitting on one side and holes (missing electrons) on the other and waiting to be called upon to power some device. Chemical reactions make lithium ion batteries slow to recharge. Pure electron flow makes capacitors fast; although chemistry is still needed to produce these supercapacitors.

Fast charging is a main selling point of supercapacitors and enables them to enter applications where lithium ion batteries will never work. For instance, picking up the excess energy released from slowing down a vehicle. In hybrid cars there are already commercial supercapacitors storing this energy, which can save up to 30% of the total energy a vehicle uses. Even in electric vehicles and devices powered by conventional batteries, an additional capacitor could add the benefits of the fast charging – and then slowly pass on the charge to the main battery.

Quick response is also a bonus point in renewable electricity generation. Solar and wind energy are plentiful but unreliable, and the ability to adapt quickly to changes qualifies supercapacitors for the energy storage tasks in this context too.

Another significant advantage is the durability and long service life of supercapacitors. Lithium ion batteries can only be recharged a limited number of times – generally around one thousand – before they start losing capacity, meaning they need to be recharged more often and decay even more. 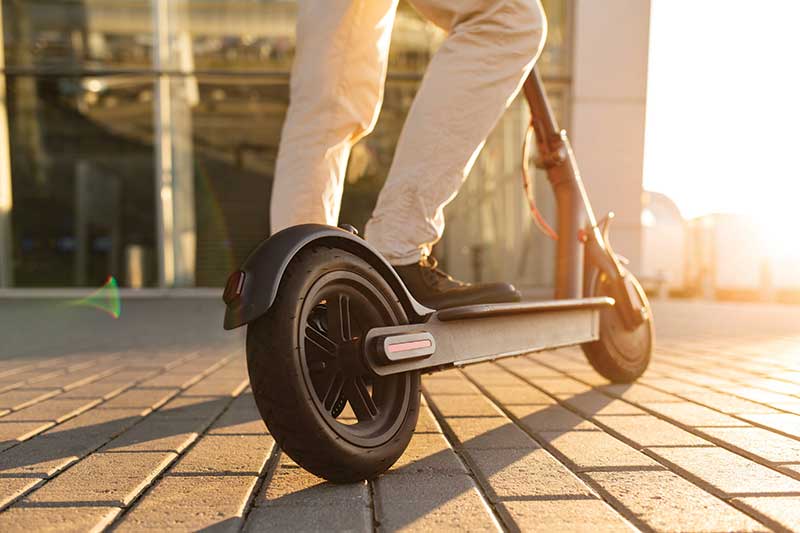 All shapes and sizes

In August 2020, researchers from Washington University in St. Louis, US, made headlines with the announcement of energy storage in masonry bricks that would simultaneously be able to serve their structural function (C&I, 2020, 84 (9), 15). The group of Julio D’Arcy had found a way to use the large surface area inside a porous brick and the iron oxide mineral haematite (α-Fe2O3) that provides it with its red colour to build a novel supercapacitor.1 The researchers infused bricks with reagents in the gas phase at 160°C to modify these internal surfaces and to control oxidative radical polymerisation and deposition of a nanofibrillar coating of the conducting polymer poly(3,4-ethylenedioxythiophene) (PEDOT).

Encapsulating the modified brick in a protective epoxy layer, the researchers obtained a supercapacitor able to maintain its charge over a temperature range from -20 to +60°C. It remains functional even after 10,000 cycles of charging and discharging. ‘A few pieces of PEDOT-coated brick are able to power an LED, and based on our calculations approximately 60 regular sized bricks would be able to power emergency lighting for 50 minutes, and they would take 13 minutes to recharge,’ D’Arcy explained in an article for The Conversation.

Given the very low power requirement of LED lighting, this means that for most other uses, the energy capacity needs to be higher, as D’Arcy admitted: ‘We need to increase the amount of energy our bricks can store by an order of magnitude. We are working on ways to convert the structure of the nanofibers into composites that contain other semiconductors in order to boost the amount of energy the nanofibres can store.’

While the brick idea is completely new, previous efforts have tried to incorporate supercapacitors in a variety of materials, including paper, textiles and fabrics, in a bid to power portable and wearable devices as well as biointegrated electronics.

Changyong Cao at Michigan State University and Jeffrey Glass at Duke University and colleagues in the US have now developed a flexible supercapacitor that can be stretched to eight times its normal size.2, 3 The researchers achieved this by constructing a forest of carbon nanotubes covered with a gold nanofilm, which helps the rapid charge transfer. They attached this nanoscale structure to a pre-stretched elastomer.

Upon releasing the strain, the gold-nanotube sheet crumpled up into an irregular shape with a large interior surface increasing the amount of charge it is able to hold. Combining two such crumpled electrodes results in a super-stretchable supercapacitor.

Further work is in progress. ‘We proposed a new fabrication method and a novel design for using the one-dimensional nanomaterials to achieve superior electrochemical performance and extremely large stretchability. We still have more work to do for building a complete stretchable electronic system for practical use,’ Cao said. ‘The supercapacitor demonstrated in this paper doesn’t go as far as we want it to yet. But with this foundation of a robust stretchable supercapacitor, we will be able to integrate it into a system that consists of stretchable wires, sensors and detectors to create entirely stretchable devices.’

A supercapacitor can take up much more charge than a traditional capacitor and move it much more rapidly than a rechargeable battery.
30%
Supercapacitors store the energy produced when braking in hybrid cars. They can save up to 30% of the energy the car uses.
10,000
Masonry bricks have been modified to serve their structural function while acting as supercapacitors that remain functional even after 10,000 cycles of charging and discharging.
8x
A flexible supercapacitor constructed from a forest of carbon nanotubes covered with a gold nanofilm can be stretched to eight times its normal size.

As the demand for supercapacitors is driven by a general need for sustainable energy solutions, the capacitors themselves also have to meet expectations of sustainability in their fabrication and lifetime of use.

In an effort to combine wearability and sustainability properties, the teams of Tanja Kallio from Aalto University, Finland, and Evgeniia Gilshtein at the Skolkovo Institute of Science and Technology in Moscow, Russia, developed a green chemistry approach to the manufacturing of stretchable supercapacitors.4 The researchers used nitrogen-doped graphene flakes embedded in a hydrogel containing table salt (sodium chloride) as an electrolyte, avoiding the use of organic solvents. Single-wall carbon nanotubes served as current collectors and provided a stretchable matrix.

The researchers emphasise the high charge and power density with respect to the volume available, which is an important metric, especially for mobile and wearable devices. Based on this criterion, the researchers conclude their prototype compares favourably with existing devices.

In a separate effort to make supercapacitors greener, the group of Hong Liang at Texas A&M University, US, has integrated lignin – the indigestible material in woody fibres of plants – into their design.5

To turn this natural polymer into electrode material, Liang and colleagues treated it with potassium permanganate – an oxidant also used as a disinfectant. The oxidation reaction resulted in manganese dioxide (MnO2) particles being attached to the lignin. They coated this modified material onto an aluminium support to create their electrode, which showed excellent performance.

‘In this study, we have been able to make a plant-based supercapacitor with excellent electrochemical performance using a low-cost, sustainable method,’ Liang said. ‘In the near future, we’d like to make our supercapacitors 100% environmentally friendly by incorporating only green, sustainable ingredients.’

Manganese is more widely available and thus more sustainable than other metals such as ruthenium, which are often used in electrochemistry and catalysis but could become problematic in devices aimed at mass markets. In another recent advance, the group of Huanyu Cheng at Penn State University, US, also used manganese dioxide, but doped it with cobalt and applied it to graphene oxide to obtain a novel supercapacitor with improved performance.6

Greener production of supercapacitors could also be based on recycled materials. Recently, Arash Mirjalili and colleagues at the University of California at Riverside, US, have developed a new process for upcycling PET from drinks bottles into a porous carbon nanostructure usable in supercapacitors.7

The researchers first dissolved pieces of used PET bottles in a mixture of trifluoroacetic acid and dichloromethane. Then, they used an electrospinning machine to create microscopic fibres from the polymer with a controlled density and size distribution, which they finally carbonised in a furnace to produce the nanoporous carbon material for their novel supercapacitor.

With industries and consumers clamouring for devices that can charge in an instant, it is not hard to predict that supercapacitors will play an increasingly important role in all things that are electrical but mobile. Analysts forecast market developments in astronomical figures, seeing off the traditional lead-acid battery and pushing back lithium ion batteries to those areas where the amount of energy stored is more important than the speed with which it can be mobilised.

Many also argue for a combination of supercapacitors and lithium ion batteries.

‘A supercapacitor can charge rapidly and survive thousands or even millions of charging cycles, while batteries can store more charge so they can last a long time,’ said Jeffrey Glass from Duke University, who collaborated with Cao on the stretchable supercapacitors. ‘Putting them together gives us the best of both worlds. They fill two different functions within the same electrical system.’

Both technologies can even be combined to form a hybrid storage device with one electrode functioning like a capacitor and the other like a battery, as the group of Qamar Abbas at Graz University of Technology, Austria, has demonstrated.

In the latest advance following this line of development, Christian Prehal, working with Abbas and colleagues, has analysed the chemical processes in such a hybrid supercapacitor consisting of porous carbon electrodes and a sodium iodide electrolyte.8 Using advanced structural methods including small-angle X-ray scattering and Raman spectroscopy, the researchers found that the chemical side of the device, the battery electrode, stores energy by binding to iodine atoms.

With continued progress to improve batteries, capacitors, and everything in between, the possibility of recharging our electronic devices within two minutes can’t be too far away.