‘Science lights the way’ for implementation

Science and its role in tackling Climate Change was the focus of Parliamentary Links Day 2021. With November’s United Nations COP26 Climate Change Conference fast approaching, the event highlighted the importance of interaction between the scientific community and government in dealing with climate change and the associated challenges – ‘a whole system approach.’ Delegates were told the time for talking is over and we need to decide on the best solutions.

As COP26 President Designate, Rt Hon Alok Sharma MP - used his recorded message to emphasize that the scientific community had brought climate change to the attention of government and society. ‘The role of science is unquestionable in tackling climate change,’ he said. ‘It is vital that politicians and scientists talk, and vital that science lights the way.’ Sharma added that it is indeed the scientific community which is allowing governments around the world to address the concerns of their constituents. ‘Politics depends on the work done by scientists,’ Sharma said. But he also drew attention to the role of Governments in helping to establish links around the world and create frameworks that allowed for cross border collaborations.

Sharma called for ongoing input from the scientific community in the run up to the United Nations COP26 Climate Change Conference; with science being at the heart of the event. He also drew attention to the COP26 Universities Network; a group of UK-based universities and research centres working together to raise ambition for tangible outcomes from the UN COP26 Climate Change Conference.

Indeed, the consensus among all of the speakers at Parliamentary Links Day 2021; was that implementation was now critical if the target of carbon neutrality was to be achieved by 2050. Sir Patrick Vallance, UK Government Chief Scientific Advisor, reminded the two hundred delegates in attendance that there were little more than 1500 weeks until 2050 and now was the time to implement technology at scale putting it in place during the 2020s. ‘Anything not yet discovered will not help with the 2050 target,’ said Sir Patrick. ‘We are now at the stage where innovation needs to be deployed at scale. New developments and iterations are still important, but we are now at implementation.’ Citing domestic heating and transport, Sir Patrick said that these two areas in which a huge push was now needed to deploy existing technologies.

Bringing an international perspective to the event, delegates heard from Monica Dean, Senior Expert Advisor, US State Department and Sunan Jiang, Minister Counsellor for Science & Technology Chinese Embassy in the UK. Their comments highlighted the fact that while there was a shared goal, the approaches to get there had to take into account the different hurdles each country faced. Professor Adrian Smith, President of the Royal Society stressed that to address hurdles, it was essential that Governments now set out roadmaps deciding which technology and approaches could be deployed. ‘Reducing uncertainty in deploying low carbon technology should address the issue of investment,’ Sir Adrian said. 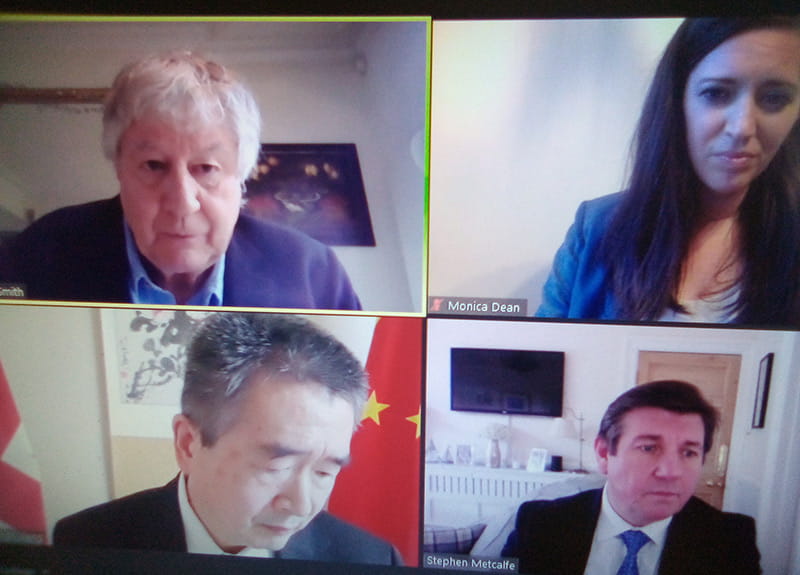 Sarah Davidson of Croda, asked the panel which elements of the EU Green Deal the UK Government plans to tackle with UK specific legislation. Johnson Matthey’s Kalyan Sarma queried how the Government is going to roadmap support for start ups and innovation in sustainability and sustainable technology and attract inward investment.

With science providing solutions, and Governments realising that there is no time left for talking, it would appear that the world is on a good footing to see much needed shift in the trajectory of the climate change crisis. Indeed, Monica Dean called for a generation of ‘amazing science communicators to help show how science improves lives and livelihoods.’ The countdown begins.