The 2021 STEM for Britain event, held online, saw the Westminster Medal, which is sponsored by SCI, presented to Ben Fernando from the Department of Earth Sciences, University of Oxford. Ben’s poster: Seismology at the Extremes: From the Oceans to Mars outlined a code is described as ‘The first open source method capable of simulating seismic wave propagation in the oceans and atmosphere on a global scale in 3D.’ This methodology is also said to be more efficient than conventional methods, resulting in lower energy and environmental costs for simulations. 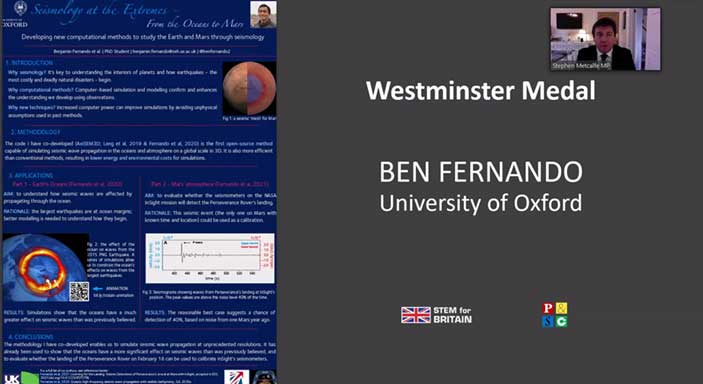 Ahead of the award, Lucinda Bruce-Gardyne, founder of Genius Foods and a member of SCI’s Board of Trustees said that the high quality of all the posters had made selecting the winner of the Westminster Medal a difficult task. ‘All of the gold medal winners from each of the categories produced incredible work and selecting the Westminster Medal winner was a difficult process,’ Bruce-Gardyne commented. She also acknowledged Dr Eric Wharton and Sue Wharton. Dr Eric Wharton was a SCI London Group Chair and founder of SET for Britain, which is now STEM for Britain.

Five categories are represented at the STEM for Britain event; these being: Biological and Biomedical Sciences, Engineering, Mathematical Sciences, Physics and Chemistry. Each category sees gold, silver and bronze medals awarded. The winner of the Westminster Medal is decided from the five gold medal winners for the poster which communicates its science the best.

In congratulating all of the STEM for Britain finalists, Steven Metcalf MP, Chair Parliamentary Scientific Committee said that the high standard of entries indicated the breadth of talent in British science. ‘The past year has shown the importance of all of our scientific communities working together as well as working with government,’ Metcalf said.

Also acknowledging International Women’s Day, along with the need to encourage diversity in the sciences, Metcalf welcomed the work being done to make the sciences more accessible to a wider range of people, and hoped that the scientific community would continue to build on its increased visibility.

The Gold Medal winners from each category: 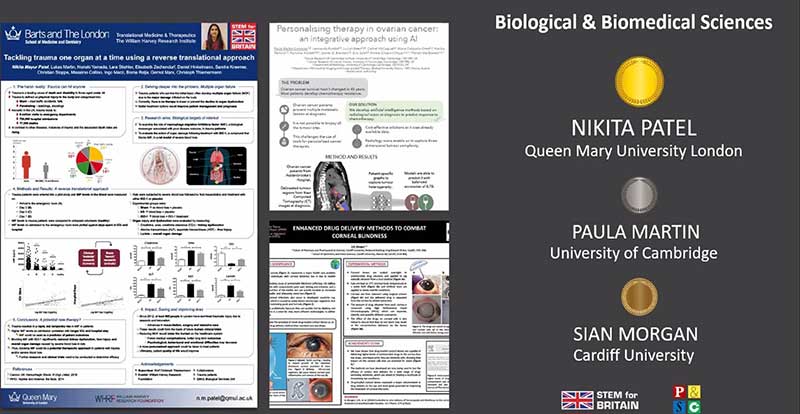 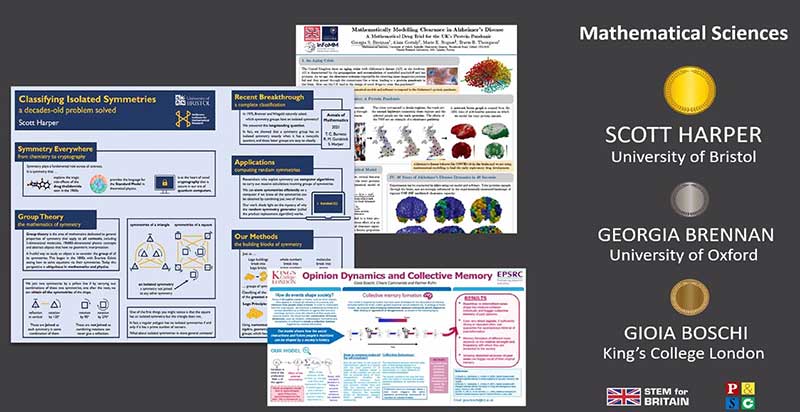 Physics:
Ben Fernando - University of Oxford: Seismology at the Extremes: From the Oceans to Mars. 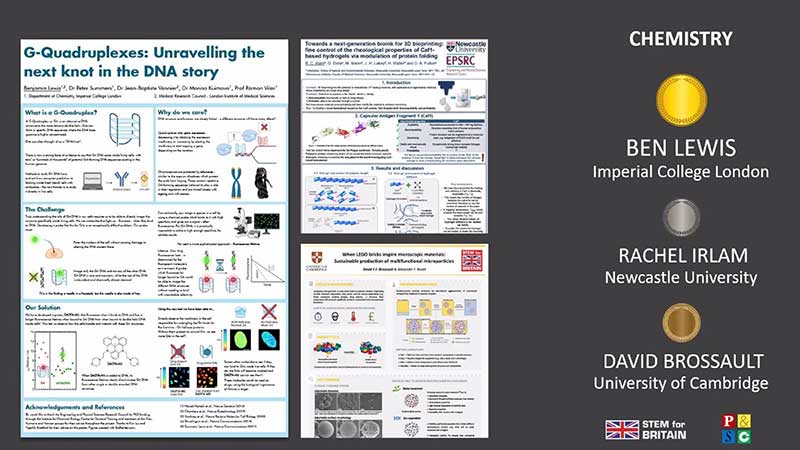 SCI would like to congratulate all those who took part and were involved in making STEM for Britain 2021 such a success.

Well done to all participants - there were some fantastic poster submissions! 👩‍🔬🧪👩‍💼

We look forward to the in-person ceremony later this year🏅