Since 1985 around 74 scholarships have been awarded which have not only given the recipients financial assistance, but have enabled them to broaden their network, and strengthen their skills and knowledge. SCI Scholars receive access to publishing and mentoring opportunities and are given a platform to present their work amongst esteemed scientists and industrialists, raising their profile within the scientific community.

In the past ten years alone, SCI has donated over £115,000 of its charitable funds to SCI Scholars and the scientists of the future.

We are delighted to announce that John Hudson, from the Radical Electron Dynamics research group at Swansea University, has been awarded an SCI scholarship of £5,000 over two years to support his PhD: Designing novel systems from ‘radical’ molecules in order to demonstrate new physical mechanisms for energy and charge transfer in organic semiconductors.

In addition to the scholarship, John will benefit from publishing opportunities, access to a high-calibre network to help launch his career, and opportunities to present his work and raise his profile within the scientific community. 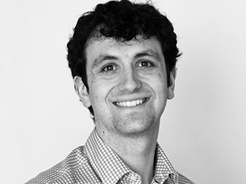 Here John tells us about his work:

‘My research entails designing novel systems from ‘radical’ molecules in order to demonstrate new physical mechanisms for energy and charge transfer in organic semiconductors. These mechanisms could allow improvements in the efficiency, lifetime and cost of state-of-the-art sustainable technologies e.g. solar cells, battery and LED lighting. My research aims to create the technology platforms for using the radical’s combination of optical, electronic and quantum mechanical spin properties.

My research investigates the fundamental physical processes around light emission in systems with radicals that are both bright and stable. Through looking at the variation of magnetic properties and photophysics of different radical systems, quantum mechanics can be revealed that are applicable to new radical-containing electronic devices.

‘I first became interested in radical molecules during my Masters’ project at the Cavendish Laboratory in the University of Cambridge, where I developed radical-based solar cells under the supervision of Dr Emrys Evans and Professor Sir Richard Friend. When Dr Evans set up the Radical Electron Dynamics Research Group, I was excited to have the opportunity to advance my work on radical molecules for my PhD at Swansea University.

‘To be recognised by the SCI is a real honour, and I would like to thank my supervisors, Dr Emrys Evans and Professor Paul Meredith, for their continued support and guidance. I am excited for the possibilities that the future will hold with the SCI’s support and mentorship.’

Academia and industry partnerships driving digitalisation in the chemical industry