We are delighted to announce that Elizabeth Leonard, from Lancaster University, has been awarded an SCI Sydney Andrew Scholarship of £3,000 to support her PhD project, “Novel Approaches to and Applications of Organosilicon Reagents in Organic Synthesis”.

Dr Sydney Andrew, a brilliant industrial chemical engineer who exemplified the SCI mission of encouraging the application of chemical and related sciences for public benefit, died in November 2011. A life member of SCI, Dr Andrew was awarded the Society’s Medal and have a lecture on ‘Neglected Science: a view from industry’. He bequeathed a substantial share of his estate to SCI for the support of scientific innovation on the theme of neglected science. These are areas of science which, though of importance in agriculture and the chemical industry, receive scant attention from academic research, and for academic research into Neglected Science 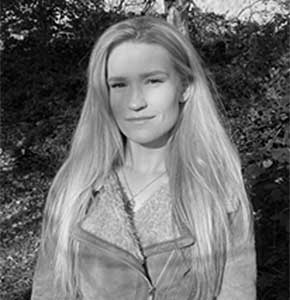 Here Elizabeth tells us about his work:

Originally from Manchester, I graduated from Manchester Metropolitan University with a First-Class MChem degree in Pharmaceutical Chemistry. During my time at Manchester, I received two academic excellence awards in 2017 and 2018. I worked on two research projects under the supervision of Dr Vittorio Caprio, on the synthetic studies towards the preparation of the anti-inflammatory Halofuginone and the biocatalysed synthesis of enantioselective isoquinolines.

Based on this experience, I gained an interest in catalysis and synthetic organic chemistry and chose to do a PhD at Lancaster University, under the supervision of Dr Mark G McLaughlin. My research focuses on the development of novel and sustainable methodologies for the synthesis and application of organosilicon compounds.

My research will focus on the development of catalytic methodologies for the synthesis and application of allyl silanes. The aim is to firstly demonstrate the potential of metal-free superacid catalysis, using very low catalyst loadings (<1%) to promote rapid transformations. Secondly, to show calcium as a sustainable and highly abundant catalyst, which can provide a method which only produces innocuous by-products. Both catalytic systems will allow access to novel highly functionalised allyl silanes using milder conditions than current methods which employ toxic transition metal catalysts. The novel allyl silanes will be subsequently used in the synthesis of homoallylic compounds, which are prevalent motifs in many medicinally and agrochemical applications.