We are delighted to announce that Shen Zhang, from the University of Greenwich, has been awarded an SCI Sydney Andrew Scholarship of £3,000 to support her PhD project, “Selective and sustainable photocatalytic sp3 C-H functionalisation using base metals”.

Dr Sydney Andrew, a brilliant industrial chemical engineer who exemplified the SCI mission of encouraging the application of chemical and related sciences for public benefit, died in November 2011. A life member of SCI, Dr Andrew was awarded the Society’s Medal and have a lecture on ‘Neglected Science: a view from industry’. He bequeathed a substantial share of his estate to SCI for the support of scientific innovation on the theme of neglected science. These are areas of science which, though of importance in agriculture and the chemical industry, receive scant attention from academic research, and for academic research into Neglected Science 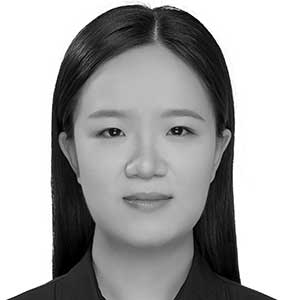 Here Shen tells us about her work:

C-H functionalisation methodologies offer great potential for the fast construction and derivatisation of organic compounds, allowing for more direct synthetic routes. While the functionalisation of sp and sp2 C-H bonds has been extensively developed, mainly using transition metal organometallic catalysis, sp3 C-H bonds remain more challenging. Recently, photocatalytic methods based on light-promoted hydrogen atom transfer (HAT) have emerged as a promising strategy. Remarkably, compounds as simple as CuCl2 have been shown as effective catalysts promoting the functionalisation of electron-rich C-H bonds through light promoted release of Cl radicals. Although efficient under mild conditions, the usefulness of this approach is limited by poor regio- and stereoselectivity and few opportunities for optimisation given that the active species involved in the HAT event is just a Cl radical.

We hypothesise that the same type of catalytic behaviour can be achieved with other Cu(II) salts involving organic ligands, and that structural fine-tuning of the ligands will enable the development of highly regio- and stereoselective photocatalytic C-H functionalisation reactions. The thesis project tests this hypothesis, by studying in depth the photochemistry of Cu(II) salts with easily tuneable organic anionic ligands. The reactivity of such compounds will be harnessed for developing new, more efficient, selective and sustainable synthetic methods for C-H functionalisation of sp3 centres. All methods developed will be adapted to the use of continuous flow photoreactors, thus providing a simple route to scalability.