‘Think of any area of policy in government, where science, engineering or technology doesn't play some role or have some input – I can't think of any one.’

The UK’s Chief Scientific Adviser, Sir Patrick Vallance, made clear the importance of connection between science, business and government as he accepted the prestigious SCI Lister Medal at the Royal Society of Edinburgh on Thursday evening, in front of an invited in-person audience and via public live stream.

Sir Patrick noted that the UK, despite making up less than 1% of the global population, accounts for 4% of researchers, 7% of the world’s academic publications, and 14% of the world’s most highly cited academic publications – and is home to four of the world’s ten top-ranked universities. But this exceptional science base has not been embedded in government in the same way that disciplines such as economics are integral across policy areas, and Sir Patrick explained some of the ways this is being addressed. 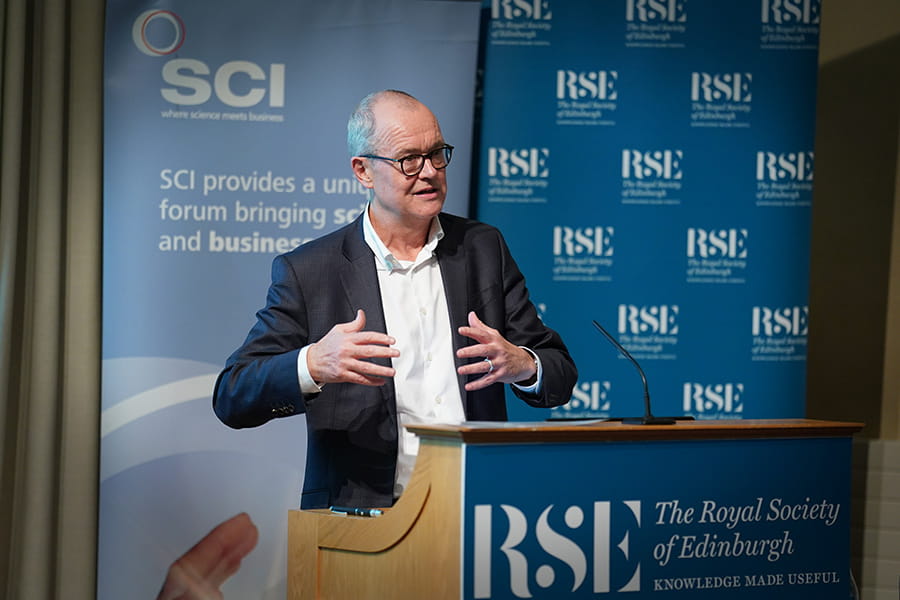 Citing the Global Britain in a Competitive Age report, released in March 2021, as ‘a comprehensive articulation of the UK’s national security and international policy,’ Sir Patrick emphasised the degree to which the role of science in government is increasing worldwide – and not only in response to Covid-19, which catapulted government scientists into the public eye like never before.

‘[The report] had four main objectives, and objective number one was sustaining strategic advantage through science and technology. That is an extraordinary change that would not have been objective number one a decade ago. So, the notion that science and technology is fundamental to national security, and clearly important for resilience is something that now is evident to this government – to all governments, actually.

Taking as another example the Civil Service Fast Stream, Sir Patrick explained the government’s new ambition to raise the proportion of STEM graduates entering the civil service from around 10% to 50% by 2024. 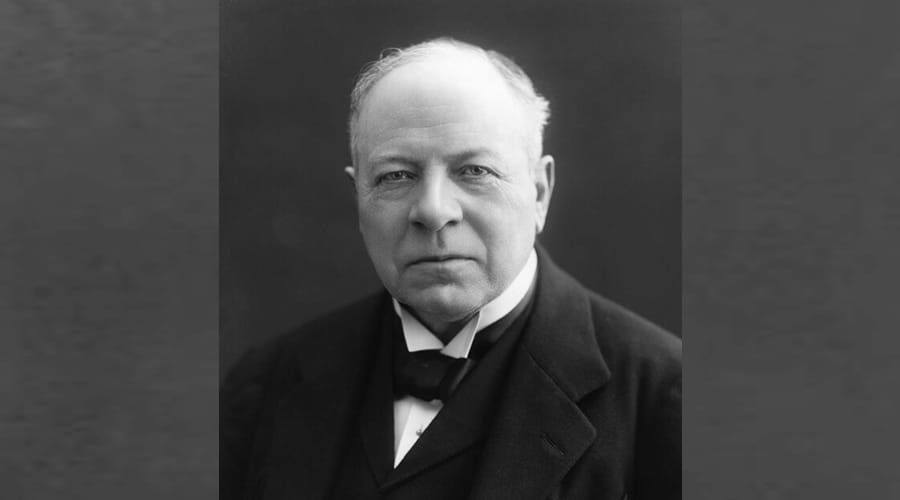 Sir Patrick observed that there's ‘a long history of wanting the science base to be good by government’, quoting the prominent early-20th century politician Richard Haldane, who said in 1918 that ‘Decisions about which research projects to fund should be made through independent evaluation by experts based on the quality and likely impact of their research.’

Regarding funding, Sir Patrick drew attention to one of the UK’s shortfalls. ‘We've got lots of good startups – we have a specific gap in the UK in scale-up – how do you get those companies to grow into sustainable companies with proper funding? And then if you do a like-for-like comparison, we're about tenfold less than the US.’

To that end, the UK has recently launched the Advanced Research and Invention Agency (ARIA) – a funding agency based on the high-risk high-reward model of agencies such as DARPA in the US. Summarising the key features of this new agency, Sir Patrick said ‘It's very clearly set up to be independent in the way it's governed. It's set up to have operational flexibility and agility. So it can go into areas quickly and come out of areas quickly, if needs be.

‘It is set up to have a high tolerance of failure, which is important. Because anyone in this audience who knows about innovation, knows you don't start innovation expecting 10 out of 10 to succeed – certainly in the industry I came from, the pharmaceutical industry, you actually start expecting about 2% to succeed. So it has to be tolerant to failure.’

Of course, the importance of connection between government and science has perhaps never been clearer than during the Covid-19 pandemic, where scientific research was accelerated through industry and regulators with government support to deliver vaccines at an unprecedented rate. 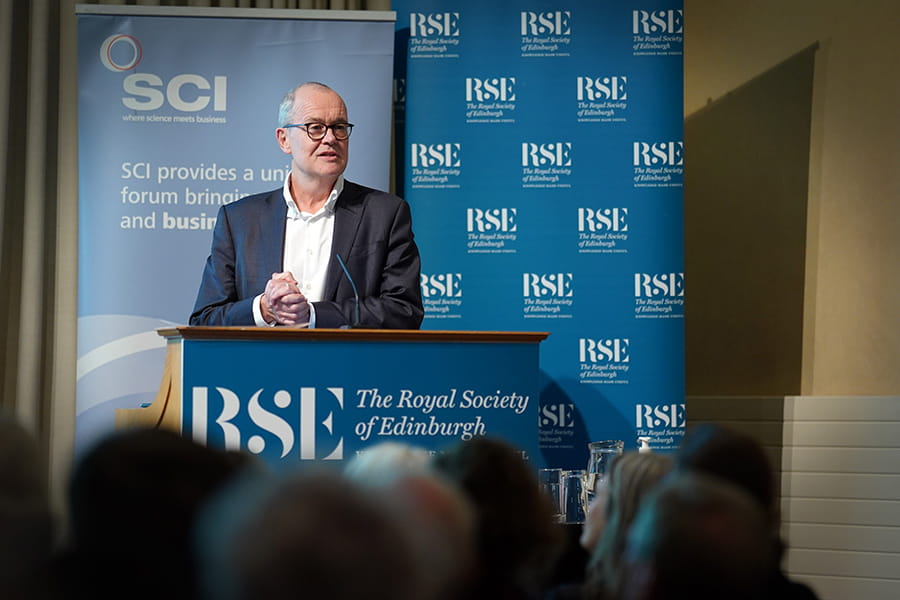 The UK, he explained, owed this speed of response to the established infrastructure of connected science, business and government. ‘The foundational science base in the UK was incredibly important. It was important in order to be able to get advice from people, ranging from social scientists, behavioural scientists through to physical scientists who understood things like movement of particles across air. It was important because we needed modellers, and we had lots of modellers, because the country has invested in that over a long time. Some of the infrastructure became crucial.

‘The fact that genomic sequencing has been well funded and well supported in the UK for a long time meant that quite quickly we could activate it [...] pulling together a consortium of people who would sequence the virus. And for a long time during 2020 50% of all of the viral genomes in the world were sequenced in the UK. And that was because we had an infrastructure – we needed scientists who understood virology, disease understanding, and we needed to do clinical trials.

‘The fact that we had a clinical trials infrastructure, we had expertise, we knew how to run clinical trials was crucial. And if you look across the world, there were thousands of clinical trials, most of which were underpowered and gave no answer. The thing that did happen in this country [...] was setting up a study that was big enough and inclusive enough for patients to be able to get an answer, and that was the recovery study. And the recovery study got an answer on the first therapeutic that worked in Covid, after about 130 days or so of being in this pandemic. That's pretty remarkable.’

Sir Patrick highlighted in particular the Oxford AstraZeneca vaccine, noting that ‘the vaccine would never have made it if it had stayed in academia [...] Had we not had big companies in the UK, we would not have had a domestic partner, we would not have been able to get that vaccine through. So that ability to have an industrial partner come in and say, “Right, this needs to be scaled, it needs to be done at a certain quality, we need to be able to produce masses of this for across the world” – I think was really important. And the fact that we could do that, and actually get that done, where the company agreed to do it at cost-price was remarkable and hugely important right the way across the world.’

Moving on from Covid, Sir Patrick gave a stark warning on the speed with which science, industry and governments worldwide must mobilise to ensure 2050 climate targets are met.

‘The risk of 2050 is it sounds like quite a long way off. If you think about the scaling of the implementation challenge – say, something like replacing all domestic heating, or making sure that our houses are properly insulated, or coming up with an alternative to cement and concrete, or making that carbon neutral, by 2050 – you've got to start very soon, you haven't got more than five years or so to actually get this right, and make some decisions about what you want to do if you're going to scale those things sufficiently to be ubiquitous by 2050.

‘So, as you will work back, it means that companies are going to be needed and are needed ready not to invent new technologies, but to make sure that the ones we can already see, feel and touch are beginning to be scaled in a way that we can implement.’

Addressing that challenge, he added, will be beneficial not only from an environmental perspective but economically, too. ‘It's going to be a multi-trillion dollar economic benefit [...] across the world, there's a big market there [...] think about carbon capture, clean fuels, ability to actually measure direct output, storage of energy. All of these are going to be important areas that need industrial might as well as academic interest. And where does government fit into this? Well, government has to fund certain things – so [for example] big investment in nuclear fusion over a long time. I don't think fusion is going to come and save us from this, but fusion might save us for the next 50 years, and we have to keep looking at that.’ 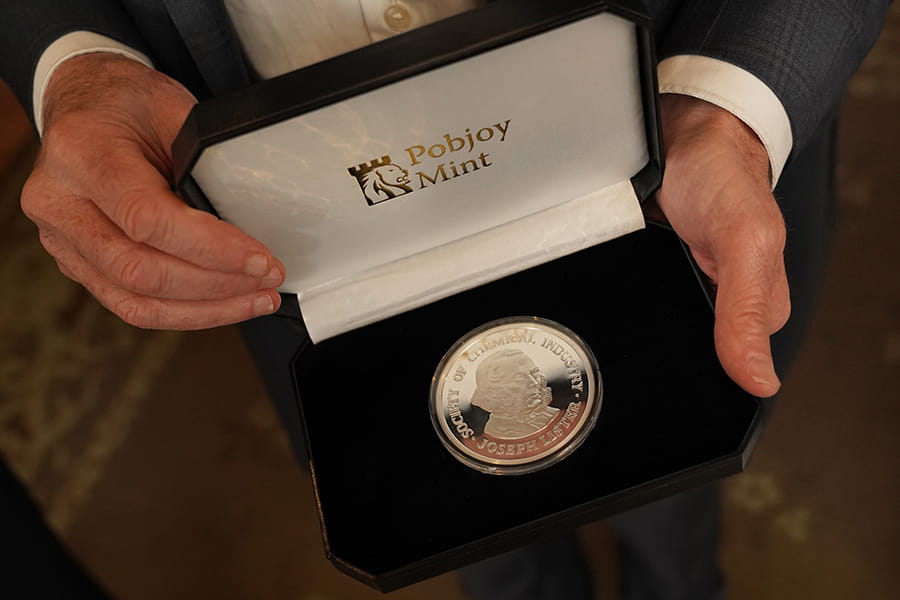 Lister himself was denied entry to Oxford and Cambridge, based on his religion.

Sir Patrick closed by highlighting the importance of diversity ‘in all of its guises’ in supporting science, business and governments to overcome global challenges. ‘If you're trying to tackle a difficult problem, and you decide what you're going to take is a group that all look the same or come from the same background or have the same experiences, you're not going to tackle it. So, diversity is crucial. And that is diversity in all the usual forms but also – and it's been alluded to already today, by the president of this Society – it's the disciplines that need to come together.’

Bringing it back to the great scientist after whom this award was named, Sir Patrick said, ‘Joseph Lister was a Quaker, and he was not able to go to Oxford or Cambridge because you were not allowed to go to Oxford and Cambridge with that religious view at that time. But he was able to go to my old institution, the godless institution, UCL. And that was important because had that not existed, Joseph Lister would not have been able to go to university and do all the things he did do. So diversity is fundamentally important for all of this, and underpins everything I've said today.’

The full video of the lecture will be available on SCI's YouTube channel soon. Follow us here to see it as soon as it is released!