A history of pesticides and challenges for the future

On 25 November 2018, Professor Graham Matthews delivered an overview of pesticides - including their history, modes of action, current developments, issues and opportunities - to the Agrisciences group.

The first ‘sprayer’ was used in the USA in the 1850s to protect potatoes from the Colorado Beetle; it had a knapsack tank but no pump so the spray was fed by gravity to two “sprinklers”. A pump on the knapsack began when the fungicide Bordeaux mixture was discovered in France. Nowadays, pesticides on large farms are applied with tractor mounted, trailed or self-propelled sprayers with tanks carrying 2000 litres to as much as 6000 litres of spray, applying usually up to 200l/hectare. Such high volumes were difficult to obtain on small-scale African farms, so an ultra-low volume technique applying up to 3 litres of an oil-based formulation with a battery-drive spinning disc was shown to be as effective for cotton insect control as knapsack sprays applying up to 200l/ha. The ULV technique was commercially used extensively on cotton in francophone West Africa. In Japan an Unmanned  Aerial Vehicle (UAV), known as a drone has been used since 1990 to apply sprays on rice in Japan; a technique now widely used in China. In trials in the USA drones have been evaluated for spraying vines, but with nearly 100l/ha there is an issue with frequent re-filling required due to low payload capacity of drones.

Key issues associated with use of pesticides include health issues, spray drift, and the persistence in the environment. Together with widespread acknowledgement of Integrated Pest Management (IPM), this forces more sustainability around use of pesticides, and use of biopesticides.
New products during the last two decades have lower mammalian toxicity and industry has looked for products with systemic action. Controlling vectors of human disease has been dominated by distribution of insecticide treated bed-nets but as the insecticide persists for at least three years, inevitably the mosquitoes, transmitting malaria, are now resistant to pyrethroids. Indoor residual spraying supported by the President’s Malaria Initiative (PMI) also needs new insecticides due to resistant mosquitoes. As the agrochemical industry had done little to help find new insecticides as vector control is only 1% of their market, the Gates Foundation has supported a search for new insecticides through the Innovative Vector Control Consortium (IVCC) at Liverpool University, initially development of new formulations of old insecticides to increase the persistence on wall surfaces, but new molecules, with different modes of action are now in the pipeline which may come to market in 2020s. 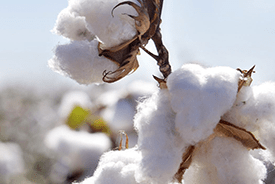 GM technology is used to introduce insecticidal toxins into plants, for example Bt cotton. With this development, a stack of Bt toxin genes (i.e. pyramid approach) has been used in Australia, but in many other areas the bollworms have shown resistance to Bt cotton, which resulted in farmers spraying their crops, sadly with highly toxic insecticides. Genetically modified (GM) crops with herbicide tolerance, notably to glyphosate have been so widely grown without proper crop rotation in parts of the USA, that certain plants unaffected by glyphosate have become “superweeds”. Industry has now developed new varieties with tolerance to 2,4-D and dicamba herbicides, which are volatile, so cases of crop damage have been widely reported, despite a supply of a new less volatile formulation of Dicamba.

A helpful approach was used from 1973 in Zimbabwe to avoid selection of resistance, by rotating different classes of pesticides across three sections of the country over a six- year cycle. The scheme has continued despite changes affecting farms within the country.
Neonics are in the press for their effect on bees. Keith Walters studied their effect on bee heath. Concentrations of neonics used in farming are far below those that harm bees as used in laboratory experiments. Banning of neonics began as the initial trials using seed treatment were with a dusty formulation and inappropriate seeders, that resulted in bees being harmed by drift of dust blown upwards from the seeder. Alternatives to neonics that are used now post EU ban are much more harmful to bees as they have been sprayed.

Spray drift can be a significant problem if the nozzles emit too high volume with droplets below 100um. Run-off from spray deposits on foliage is another issue that leads to contamination of ground water, an issue that is becoming of greater importance due the EU Water Directive.
The EU has now adopted the IPM approach which prescribes use of chemicals as the last resort. The first line of defence is seen through agronomy (rotation) and natural / bred in resistance. Precision agriculture is an important aspect as well minimising the exposure to agrochemicals and providing cost saving.

New modes of action are expensive to develop and bring to market; GM approach has regulatory barriers and weed control remains a major issue. A more targeted approach and development of spraying from drones to minimise soil compaction and new formulations could improve “old” pesticides.

Graham has a new book - “A History of Pesticides" which has just been published.