Gels are important in everyday life, they impart the stability and application properties to many common items including cosmetics, liquid detergents, coatings, numerous food products and many household products to name but a few. They are also important in areas ranging from drug delivery to oil recovery. Nevertheless, they are often taken for granted with little appreciation or understanding of the complex science underlying their properties which can be particularly fascinating once one starts to delve deeper.

The first step to understanding gels is knowing what they are; a gel is commonly a 'colloidal scale ' connected, cross-linked network that can transmit a stress or strain and lies in a grey area in-between a fluid and a solid. Importantly, they are also elastic and in many cases exhibit a critical stress or strain at which they 'break' their cross-linked network and flow. This is an essential property of their microstructure that allows gels to spread over a surface whether applied for example by brush or spray as in a coating or by hand in various personal care products. Recovery of the gel network upon the removal of the stress or strain then prevents further unwanted spreading or flow e.g. such as under gravity.

How much do we understand about gels? They are in many cases 'frozen' or 'quenched' systems trapped in a metastable arrested state and in the long term will consequently tend to evolve towards a lower energy state usually resulting in the loss of the gel structure and the desired properties. Networks can be formed from many 'colloidal scale' materials including for example surfactant liquid crystalline phases, polymers that can associate and 'particles' that have attractive interactions. Understanding how the interactions on the molecular and microscopic scale [Fig 1] govern the network structure and how the network at the mesoscopic scale [Fig 2] governs the macroscopic bulk [Fig 3] properties are important to understand in order to design the required functionalities into the gel. 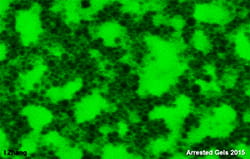 Fig 1. At the microscopic scale the individual components of the network can be seen (and how they restructure over time). 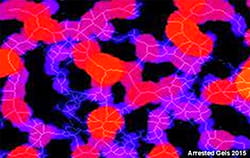 Fig 2. At the mesoscopic scale the complexity of the network structure is clearly apparent.

Fig 3. On the macroscopic scale the elastic gel network is able to trap air bubbles and even support its own weight. However, gels may unpredictably collapse even after a period of several weeks of apparent stability.

This has been a target of researchers for decades. Yet the fascinating complexity of gels holds many surprises such as the phenomenon of delayed collapse1 [Fig 4] where apparently stable colloidal gels unexpectedly collapse after days or even weeks. Interest in these 'transient gels' grew in the 90s and our understanding is still evolving illustrating the importance of ageing processes on the network, which is a dynamic evolving system with many complexities still to understand, including the fundamental question of why and when some gels will collapse. Studies using newer techniques such as low-invasive rheology and confocal microscopy with fluorescent index matched colloidal gels are giving new insights to the properties and behaviour of gels by allowing direct observation of the 'building blocks' of the network structure and how these can reorganise over time or under applied stresses.

Fig 4. Evolution of a colloidal gel with time illustrating the phenomena of delayed collapse (in this example upwards).

To collect the latest research and developments on these systems the RSC/SCI Joint Colloids Group is holding a three day meeting for academia and industry on Arrested Gels in Cambridge 23-25 March 2015. For further details please visit www.colloidsgroup.org.uk and follow the Arrested Gels link.