CRISPR and the future of gene editing in the UK

CRISPR and the future of gene editing in the UK

CRISPR/Cas9 is a gene editing tool that is swiftly becoming one of the most revolutionary new technologies. Britain has a unique opportunity to become a world leader in this field, pioneering advances in research, medicine, and agriculture. This controversial topic has meant that other countries are being left behind in the race. Religious and ethical opposition has led to greater regulatory burdens in other countries such as the US and continental Europe.

The UK was the first country to officially sanction both mitochondrial replacement therapy (MRT) and genetic modification of human embryos and is still a trailblazer in this area. Public approval of genetic modification is at an all-time high, a recent YouGov Survey finding only 7% of people in the UK oppose gene editing.  Lighter regulation also allows smaller companies and academic institutions to undertake research, which reassured many protestors.

Agriculture has long been the focus of transgenesis (inserting DNA from other species), spawning fears about ‘Frankenstein foods’. Instead of creating mega-crops that out-compete all conventional plants, gene editing provides resistance to harsh environments and infections; particularly significant in the context of global food security. 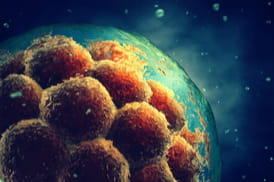 The latest breakthroughs, however, have been on human embryos, successfully removing the MYBPC3 gene that’s linked to causing a heart disorder called hypertrophic cardiomyopathy. Scientists at the Salk Institute, managed to carry out the procedure without the random DNA insertions and errors that have plagued previous attempts. Rather than creating a mosaic of healthy and diseased cells, where the harmful mutations linger, all the cells were cured. Although these embryos were never implanted, this is an essential proof of concept, showing the world what the CRISPR gene editing technique is capable of.

CRISPR is still in the early stages and we are far from editing embryos that can be implanted for pregnancy. Many more safety tests are required before proceeding with any clinical trials – the next step could be replicating the experiment on other mutations such as BRCA1 and BRCA2 (responsible for increasing risk of breast cancer).

The researchers involved are confident, however, that this technique could be applied to thousands of other diseases caused by a single mutation, such as cystic fibrosis and ovarian cancers. Opponents to previous gene editing techniques stressed that we were ‘crossing the species barrier’ by introducing ‘foreign DNA’. CRISPR works differently, replacing the faulty gene with a healthy copy from the mother’s egg rather than relying on engineered template DNA.

The benefits of gene editing are plentiful. For example, we may be able to turn the tables on antibiotic-resistant bacteria or ‘super-bugs’ by engineering bacteriophages (viruses that infect bacteria) to target antibiotic resistance genes, knocking them out and allowing conventional antibiotics to work once again. We could also improve the efficiency of bacterial factories, allowing higher drug precursor yields, significantly reduced drug production costs, and increased accessibility of useful therapeutics. Elsewhere, CRISPR could be used to modify metabolic pathways within algae or corn to sustainably and cost-effectively produce ethanol for the biofuel market.

CRISPR and gene editing will revolutionise many industries, but the fear remains in many that we will slip into a society where ‘designer babies’ become the norm, creating smarter or more athletic humans in the future. Marcy Darnovsky, executive director of the Centre for Genetics and Society, said in a statement, ‘We could all too easily find ourselves in a world where some people’s children are considered biologically superior to the rest of us.’

However, Dr Lovell-Badge from the Francis Crick Institute states, ‘I personally feel we are duty bound to explore what the technology can do in a safe, reliable manner to help people […] If you have a way to help families not have a diseased child, then it would be unethical not to do it.’

But genetic engineering doesn’t have to have this all-or-nothing approach, there exists a middle ground that will benefit everyone with correct regulation and oversight, with its globally renowned research base the UK government has a great opportunity, to encourage genetic experiments and further cement Britain’s place as the genetic research hub of the future.