What does 2018 hold for UK innovation?

The publication of the Industrial Strategy White Paper last November set a precedent for the development of an innovation-focused economy in the UK. The plans set in place hope to launch the UK into the global market.

Engineers on site of the new Crossrail system for London and the South-East.
Credit: Matthew Wilcock

The UK is not short on innovative businesses, with BEIS analysis reporting over 1,100 businesses are being launched every day in the UK. However, of the top 25 businesses in the world, only two are of British origin: Shell and BP, both of which specialise in oil and gas. In fact, the majority of this list is dominated by the US, named as the 4th most innovative economy in the world by the Global Innovation Index, only one place above the UK.

These statistics and rankings paint a different picture to the current business landscape in the UK. While objectively successful, companies lack the global opportunities to thrive outside of the domestic market and disseminate their innovations internationally.

So, what are the hurdles these businesses face and how can they be overcome?

Creating a global economy remains one of the main priorities of the current UK government, particularly post-Brexit, through increased investment and by building international partnerships outside of the EU.

These sentiments are reflected in Innovate UK’s newly published delivery plan for the coming year, which focuses heavily on globalisation and the growing relationships with nations such as the China, India, and the US. Creating opportunities in these ‘dynamic economies’ will help UK businesses make the transition to the global market, the report suggests.

In 2017, the UK signed partnerships with both the US and China with the aim of increasing collaboration in shared research projects and drive innovation needed to counter global challenges. The UK’s signed agreement with China acts as the latter’s first bilateral science strategy developed with another country.

With uncertainty remaining about the UK’s full participation and eligibility for the successor to the EU’s Horizon 2020 programme, collaboration with outside nations has become more important than ever for the success of the UK in science and innovation, and the new Industrial Strategy.

Speaking of the UK-US partnership Jo Johnson, Science Minister, said: ‘Research and innovation are global endeavours. Agreements like the one signed today by the United Kingdom and the United States set the framework for the great discoveries of the future.

It ‘sends a clear signal that UK researchers are outward looking and ready to work with the best talent wherever that may be’, he said.

The UK’s ability to build efficacious international partnerships is evident with the Newton Fund, a £735m project managed by BEIS to build research partnerships with developing countries to encourage economic development and social welfare in associated countries including Brazil, Indonesia, Kenya, and 15 others. 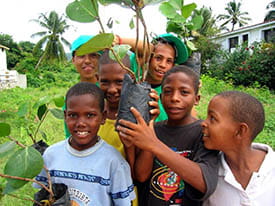 The main advantages to partnerships with these countries are increased knowledge transfer for UK institutions and the opportunity for businesses to enter a market when it is still developing and build its influence from the offset.

One of the biggest changes to science policy and innovation in the coming year will be the introduction of UK Research and Innovation (UKRI), which will combine the seven current Research Councils, Innovate UK, and a new council dedicated to knowledge exchange and academic research – Research England.

The introduction of a monopolised body to control all UK research was suggested by the Higher Education and Research Act 2017, with the aim to invest in scientific research more effectively. A continued trend towards to multi-disciplinary research may also benefit from such a structure, as UKRI aims to increase communication between Research Councils and support more applied research projects.

Led by Sir Mark Walport, a former government Chief Scientific Advisor and director of the Wellcome Trust, UKRI will launch in April this year. Details have remained vague for the most part, although the Industrial Strategy white paper is likely to form its initial blueprint.

In many ways, 2018 marks a year of transition for innovation. Each new relationship on the horizon and change in the way the UK harnesses its best ideas and research are at the forefront of this transition, as the UK aims to become the most innovative economy in the world.