Publications are important to SCI; they generate much of SCI's operational income and fulfil the charitable objectives of facilitating knowledge transfer and communicating science. The Publications Advisory Committee (PAC) advises the Trustees and Executive on SCI's publication strategy and its execution.

Particularly now, with significant threats and opportunities in publishing such as open access and new media platforms, PAC actively seeks younger society members. Young people understand the value of these developments well and their input will help SCI best respond to this changing environment. PAC is delighted to have co-opted two young, active members, Dr Natalie Fey and Shelly Long.

Natalie (top photo) graduated from Keele University in 1994 with joint honours in chemistry and economics, gained her PhD (molecular modelling of ferrocenes and arylphosphines) also from Keele, in 2001, and has held postdoctoral appointments in Warwick and Bristol; since October 2007, she has held an EPSRC Advanced Research Fellowship at Bristol and carries out research in computational chemistry.

She has over 30 peer reviewed publications. Natalie was an SCI Messel Scholar (1997-2000), joined the Taskforce for Awards in 2005, was a member of the Awards Committee in 2007-2010 and has been a member of the Early Career Support Subcommittee since 2011. Natalie is very actively involved with the SCI's College of Scholars and encourages current scholars to submit some of their work to SCI's journals. 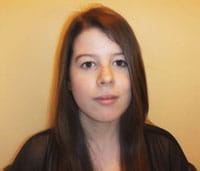 Shelly (lower photo) graduated from Dublin City University in 2008 with BSc (Hons.) in chemical and pharmaceutical science. She is currently studying for a PhD in organic chemistry under the supervision of Dr Nicholas Gathergood in Dublin City University. Her project, 'Opiates as Enantioselective Organocatalysts' involves the synthesis of new compounds based on the opiate scaffold and the evaluation of their potential as organocatalysts by measuring the enantiomeric excess of the product obtained in a model reaction.

In 2008, Shelly became a committee member of the Republic of Ireland Regional Group and the student representative for Dublin City University, and in 2010, secretary of the All Ireland Group.

During this time she has been active in promoting SCI and has helped organise several conferences. Shelly says becoming a member of PAC gives her an opportunity to develop her career and she's looking forward to gaining knowledge and experience in the area of publishing and business management Natalie and Shelly both bring a fresh perspective and, hopefully are the first of a new generation to offer their talents and experience to benefit one of SCI's most important activities.

Any other young members who might be interested in learning more about the work of PAC, perhaps by sitting in on one our meetings, please contact me: peter.hambleton@ntlworld.com