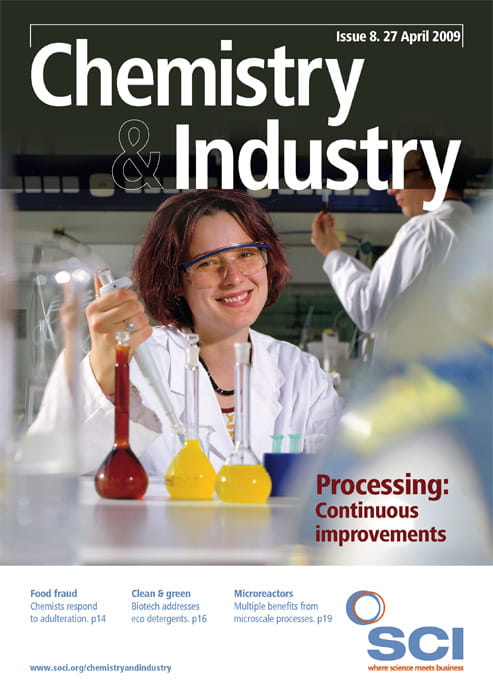 Switching to a continuous process is a viable option for roughly half of all processes. However, this comes at a cost. Usually, investment is needed at the outset because parts of the specific equipment are not available in a typical multipurpose environment. Re-configurable reactors that adapt the continuous reactor specifically to the needs of the particular synthetic step should be helpful here.

Acknowledgements: Thanks to Raf Reintjens, competence manager at DSM Pharmaceutical Products in the Netherlands for help with the preparation of this article.