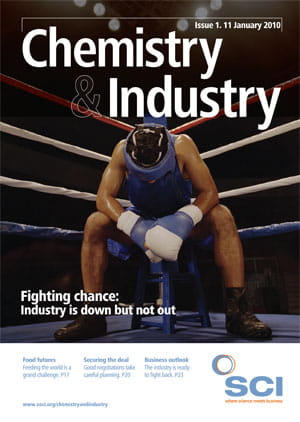 A fund to finance the transfer of energy efficient technologies to developing countries was one of the few successes of the Copenhagen summit. But the mechanisms remain vague and opaque, writes Sean Milmo

An agreement on financing has been seen as one of the few major achievements of the UN climate change meeting in Copenhagen, but problems remain as questions over how the money will be administered are yet to be answered. The conference backed the creation of a fund ‘approaching’ $30bn to be allocated in 2010–2012 for alleviating the effects of global warming in poor countries. Much of the funds for this fastrack assistance had already been committed by the European Union, the US and Japan before the meeting.

The biggest financial pledge by the rich countries was a promise to raise $100bn/year by 2020 to help developing countries both to adapt to climate change and to mitigate or curb global warming through the use of low-carbon technologies and other initiatives. This is a 10 fold increase in existing global warming financial assistance for developing nations.

For chemical and other companies the $100bn commitment raised prospects of plenty of money being made available for the transfer of their energy efficient technologies to developing countries.

However, their hopes have been quickly dampened by the realisation that details of how the funding would be raised and spent could take a long time to sort out. The meeting decided that it would come from ‘a wide variety of sources, public and private, bilateral and multilateral, including alternative sources of finance’.

‘The deal on financing was very vague,’ says Joop Oude Lohuis, head of the climate change and sustainable development unit at the Netherlands Environment Assessment Agency (PBL). ‘It has yet to be decided where the money will come from, who will be the main contributors, what the mechanism will be for running the fund and who will ultimately decide how all this money will be spent.’

The objective now is to reach a detailed agreement on the financing mechanism at the next UN climate change meeting due to take place in Mexico next December. But global warming funding experts have warned that finalisation of the funding deal could take a minimum of a few years, particularly if a new institution has to be set up to run it.

In addition to the financial arrangement, the other significant achievements were considered to be an agreement to hold the increase in global temperature to below 2°C and to implement measures for monitoring mitigation actions by developing countries.

Nonetheless, the potential effectiveness of all three advances was undermined by doubts about the nature of the agreement itself, called the Copenhagen Accord. Because of the need to ensure as much support as possible for it from the delegates from the 192 countries it was only ‘noted’ at the meeting. Under UN rules, agreements are only validated when they are supported unanimously.

Unsurprisingly, NGOs and other campaigners for speedy action on climate change were scathing in their criticism of the accord. Kumi Naidoo, Greenpeace International’s executive director, called it ‘a poor deal full of loopholes’ while Andy Atkins, executive director of Friends of the Earth, condemned it as ‘a toothless declaration’.

Chemical industry officials protested that companies would be reluctant to invest in the development and transfer of technologies amidst so much doubt about the future of a worldwide agreement.

‘They may go on arguing about the details until the cows come home,’ says Peter Botschek, energy director at the European Chemical Industry Council (Cefic). ‘We need some definite planning and certainty about the future before the industry can commit itself to the required investments.’

Prior to the Copenhagen conference, Cefic was seeking pledges from developing countries to set targets for cuts in their CO2 emissions.

‘For the sort of clear understanding needed for investment decisions by chemical companies, we want the developing countries to make similar commitments to emission cuts as those made by developed countries,’ explains Joachim Krueger, executive director at Cefic. ‘That means a commitment to absolute reductions in emissions, not, as decided by countries like China, cuts in emissions per unit of GDP.’

The chemical industry is particularly worried about climate change funds being used to support lowcarbon technologies in large emerging economies like those of China, India and Brazil, which are already competing with chemical companies in developed countries in certain global chemical markets.

‘The categorising of these emerging economies as developing countries remains a fundamental problem,’ says Botschek. ‘They cannot be put in the same group as small island states and least developed countries in regions like Africa. Despite the presence of heads of states and governments at Copenhagen, this issue has still not been resolved.’

In 2008 China accounted for 84% of transactions under the Kyoto Protocol’s Clean Development Mechanism (CDM). This is a system under which companies in developed countries – predominantly in the EU – finance projects for reducing CO2 emissions in developing countries in return for carbon credits.

Over half of the remaining transactions under the CDM, which is currently a major vehicle for channelling climate change funds to the developing world, were carried out by India and Brazil in 2008.

The disproportionate amount of CDM money going to China and other emerging economies has raised doubts about the viability of the mechanism as a system for handling the additional large sums of money, which will now be made available to tackle climate change in developing countries.

The Copenhagen meeting approved a document calling for radical reforms of CDM, in particular a reduction in its bureaucracy and a speeding up of the approval of projects. But a reorganisation of the mechanism could take some time.

‘The whole future of CDM is now questionable,’ says Oude Lohuis. ‘It has lost a lot of support in the EU, whose backing is essential if it is to be expanded. There is now a great reluctance in the EU to use it as a future means for funding technology transfers.’

In addition to multilateral finance, much of the extra funding could also come from bilateral arrangements between individual developed and developing nations, particularly China, India and other emerging economies.

The main channel for bilateral deals will be existing systems of international aid among the rich countries – or what is called official development assistance (ODA). But developing countries will be expecting that any ODA money for climate change projects will be in addition to funds already allocated by developed nations for their international aid budgets.

Not only did the Copenhagen conference fail to spell out the details of future funding. The delegates also hardly considered what types of climate change technologies should be eligible for financial assistance.

‘There was no real serious discussion of any technologies – not even renewables and other clean energy options for reducing emissions,’ says Oude Lohuis.

Chemical companies have been hoping that a wide range of technologies, extending from building and transport materials to low-energy production processes to components for photovoltaic equipment, would qualify for transfer funding.

No decision was taken on the entitlement of carbon capture and storage (CCS) technologies to financial help in developing countries let alone on how they would be funded. ‘The underlying technologies for CCS are proven and we’re engaged in a number of projects to “learn by doing” as quickly as practicable,’ says an official at Shell, a leader in CCS development.

Delegates at the Copenhagen conference had to abandon discussion of details in order to concentrate on gaining a deal on the key issues of targets for funding and for an overall limit on global warming temperatures. Otherwise the meeting would have been a complete failure with no agreement at all.