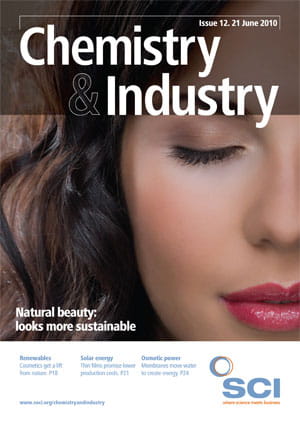 Despite its current low efficiency levels, thin film solar technology has the potential to become a major factor in the growth of photovoltaic solar energy.

Thin film photovoltaic (PV) technology is experiencing a major leap in growth as the solar sector seeks alternatives to conventional crystalline silicon technologies. The thin-film sector has experienced compound annualised growth of 96% since 2008, according to the recent survey Thin Film 2010: Market Outlook to 2015, published by Greentech Media Research (GTM Research). Thin film capacity rose from 17MW in 2002 to 966MW in 2008, when it represented around 14% of the total solar market. While there are 170 companies active in this area, GTM says only two have produced more than 100MW of capacity on an annual basis despite venture capital investment of over $2bn.

The idea of simply coating glass rather than using it as a major component, and cost, in the fabrication of silicon-based module assemblies (see Box) is attributed by the author of the GTM report, Shyam Mehta, to Harold McMaster, described as the ‘father’ of today’s commercial scale solar industry. McMaster founded Glasstech Solar in 1984 to produce cost-effective solar arrays. After spending $12m, he abandoned thin film research using amorphous silicon, but then raised $15m to create another company Solar Cells to work on different technology using cadmium telluride (CdTe), which by 1997 was tested on a prototype production line. In 1999, True North Partners, a consultant specialising in productivity improvement, purchased a controlling interest, renaming the company First Solar.

Today, First Solar is the largest manufacturer of thin film solar panels worldwide. In 2009, the company in collaboration with Germany’s juwi Group began construction of the second largest solar power plant in the world, and Germany’s largest, in Turnow-Preilack, near Cotbus, on a Soviet army training site. More than €160m is being invested in this Liebrose project, which will eventually produce around 53MW from some 700,000 thin film modules covering an area of 500,000m2, produced predominantly at First Solar’s nearby Frankfurt/Oder factory.

At the end of 2009, First Solar and NRG Energy started up the largest thin film PV project in the US. The 21MW facility in Blythe, Riverside County, about 200 miles east of Los Angeles, California, is five times larger than the next largest California facility and at peak capacity should supply the power requirements of almost 17,000 homes. With coated layers thinner than the width of a human hair, thin film technology offers lower production costs than conventional crystalline silicon solar cells. Thin film solar panels require only 1-2% of the semiconductor material required in conventional panels. The main hurdle with this technology, however, is that it is less efficient at turning light into energy.

With efficiency levels of even 15%, thin film solar technology still faces an up-hill struggle in terms of the competition from polycrystalline silicon wafer-based technology. In theory, polycrystalline silicon panels can convert 29% of incident light into electricity; however, it is generally accepted that 25% would be a more realistic target and manufacturers are currently aiming for 23% by the end of 2010.

One potential problem facing producers of CdTe solar cells is that the world’s largest resources of the basic raw materials are in China, which has becoming increasingly protective of such key resources and even mooted export restrictions. Additionally, in the crystalline silicon sector of the solar energy market, China has already made a major impact by driving down module production costs in a pattern that could spread into the thin film segment.

The use of cadmium does also raise environmental concerns and the EU is expected to make a decision in the next month or so regarding the material’s possible Dow Corning exemption from the REACH regulations for solar applications. If no exemption is granted then thin film PV manufacturers will face serious problems.

Cadmium is a byproduct of zinc refining and purification, and would go to waste if not used, according to Lisa Krueger, vice president of sustainable development at First Solar. In addition, by the time it ends up in the CdTe compound First Solar uses, it is very stable and insoluble to water, so it doesn’t run off in the rain, says Krueger.

Since the CdTe is placed between two pieces of glass, it is not in contact with the environment. ‘There is very little opportunity for the cadmium to be exposed to people or the environment,’ says Krueger. She also points out that a CdTe cell takes less energy to manufacture than a crystallinesilicon one, meaning less CO2 output is produced, 14 to 15g/kWh, compared with 28 to 29 g/kWh for crystalline silicon.

In addition, First Solar also claims that its CdTe panels offer the fastest energy payback time. The company believes that in under a year its panels will produce more electricity than was required to produce them.

Other thin film technologies
As GTM’s Mehta points out, McMaster was not the only person or company to be looking at thin film PV technology. Amorphous silicon preceded CdTe in the development of thin film PV, being used initially in consumer products such as calculators rather than conventional power generation.

While offering lower costs than crystalline silicon, again it is less efficient at converting photons into electricity. US-based United Solar Ovonic, the only other thin film technology company to produce more than 100MW/year, uses triple-junction amorphous silicon technology on a flexible stainless steel substrate. The multi-junction approach is said to increase the energy conversion efficiency, while improving performance stability. United Solar claims to hold world records for conversion efficiency for both amorphous silicon cells and modules, as measured by the US Department of Energy’s National Renewable Energy Laboratory (NREL).

In the roll-to-roll manufacturing process at United Solar, the stainless steel substrate is washed and coated with a back reflector formed by sputtering aluminium and zinc oxide before nine layers incorporating amorphous silicon and two amorphous silicon germanium alloy cells separated by heavily doped layers that form tunnel connections between the cells are deposited before the final addition of an indium tin oxide anti-reflection coating. The finished rolls are then cut into slabs for further processing into finished product sizes and the cells are encapsulated in UV and weather resistant polymers.

More recently, developers have focused on alternative materials to CdTe, mainly Copper, Indium, Gallium and diSelenide (CIGS), however, Global Solar Energy claims to be the only manufacturer using CIGS technology for full-scale production on a flexible substrate, in this case, stainless steel. While NREL researchers have managed to achieve a record efficiency of 19.9% for a modified CIGS cell, NREL has recently confirmed that Global Solar is the first company to exceed 13% efficiency using conventional CIGS technology, although the company claims it can achieve up to 15.3% efficiency. Global Solar claims to have supplied panels for the largest CIGS-based single rooftop installation in the world, producing 820kW of electricity for a plastics manufacturer in Orgiano, Italy.

While CIGS technology is said to offer a theoretical efficiency advantage of CdTe, according to US consultant Pike Research, the deposition of the four CIGS elements has proven to be much more complex and difficult to uniformly process, compared with the First Solar process, for example. This, says the consultant, has resulted in higher processing costs and lower throughput/line for CIGS PV modules, ‘a competitive disadvantage not likely to be readily overcome’.

One technology that could make CIGS thin film production faster and more economical has been developed by engineers at Orgeon State University, US, and Yeungnam University in Korea. The scientists have been working on continuous flow microreactors to replace current sputtering, evaporation and electrodeposition techniques, which are slow and often require major vacuum systems. Although chemical bath deposition has long been considered a batch process, as a result of difficulties in controlling film thickness due to depletion of the reagents and changes in the growth solution, the researchers have been able to deposit nanostructured films on various substrates including glass. Further work is required to improve the efficiency of the process to be able to compete with the traditional methods before it can be scaled up to commercial levels.

There is still potential within the traditional thin film production processes, however, and Californiabased XSunX has developed a co-evaporation processing chamber design that combines several thermal evaporation techniques in one process to produce the absorber layer of the CIGS solar cell. The design uses materials handling and automation techniques developed for the production of computer hard disk storage systems to initially produce small 125mm2 thin film cells. The company is currently focused on testing the technology.

Apart from the use of various rare metals in thin film solar cell design, the development of socalled third generation devices is now focusing on organic PVs and dye-sensitised cells. The attraction for such materials is based on the existing rollto- roll techniques that can facilitate the printing of solar cells, however, a major obstacle to their development still remains their operational lifetimes. With conventional crystalline silicon solar modules, the minimum lifespan has been set at 25 years, while conversion efficiencies have still a long way to go to meet silicon’s levels.

For dye-sensitised cells, the best results were around 11% efficiency in 2009 and the target for 2020 is 16%. The best performance and longterm stability has been achieved using inorganic dyes, such as ruthenium and osmium polypyridyl complexes, which have produced more than 12% efficiencies, however, their high cost has pushed the development of other materials such as porphyrins and carbazoles, which have been shown to offer similar efficiency levels.

For organic PVs, efficiencies have been increasing by around 1%/year, according to GTM, with a target of 14% by 2020. Current development has focused on semiconducting polymers such as poly(thienothiophene-benzodithiophene) (PTB1) and other oligothiophene-based materials.

But while these developments continue to raise efficiency levels while reducing costs, the efficiency target to reach has recently been pushed higher by Japan’s Sharp, which claims to have achieved the highest conversion efficiency for non-concentrator solar cells using a triple junction compound cell based on Indium Germanium Arsenide (InGaAs). Sharp’s previous best was 31.5% but further work to reduce current wastage increased this to 35.8% efficiency.

Future market development
In the future, GTM believes that thin film solar technology will see continuing growth based on a more than doubling of manufacturing capacity over the period 2006 -2009, from 349MW to over 4.4GW. The GTM prediction is that manufacturing capacity will reach over 10GW by the end of 2012, despite a slowing in the rate of expansion. Amorphous silicon is expected to be the dominant technology representing 5.65GW of capacity, followed by roughly even shares from CdTe and CIGS with shares of 2.47GW and 2.11GW, respectively.

In terms of global PV market share by technology, GTM expects crystalline silicon will still be in the majority with a 71-79% share in 2012, while CdTe will hold around 14%, followed by CIGS with a 3-6% share and amorphous silicon with 4-9%. Together this gives thin film PV a 21- 30% share of the total global market, but GTM believes that thin film technology will only begin to take off after 2013 although developments over the next three years will set the pace. Mehta points out that it took First Solar 20 years of development before it shipped its first commercial product.