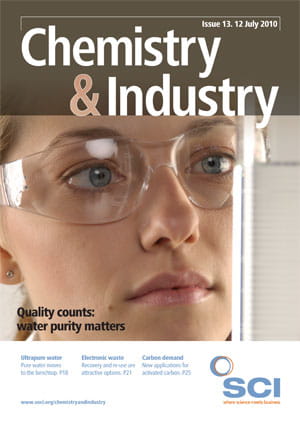 When German forces first unleashed deadly chlorine gas upon their unsuspecting opponents at the Battle of Ypres in 1915, the effects were devastating. Roughly half of the some 10,000 French and Algerian soldiers stationed along the four miles of trenches where the gas settled were killed within minutes, spreading panic and temporarily blinding the survivors.

By the end of World War I, however, Allied scientists had developed a successful defense strategy. ‘Gas masks containing activated carbon were deployed to mop up not only chlorine gas but, combined with other ingredients, also all manner of other noxious chemicals from hydrogen cyanide to phosgene,’ according to Martin Smith, capability leader in the physical sciences department of the UK's Defence Science and Technology Laboratory based at Porton Down in Wiltshire. ‘While the respirators currently in service have been subject to huge technological advancements, the same basic technology has been the inspiration for most applications since.’

Smith was speaking at a meeting in April 2010 on activated carbon, organised by The British Carbon Group, and bringing together experts in the area from around the globe – and notwithstanding the disruption caused by another related carbon form: volcanic ash. ‘Activated carbon is the oldest nanoporous material used an adsorbent by the ancient Egyptians to adsorb smells and as a medicine,’ according to MAST Carbon International’s Steve Tennison, another speaker at the event in Southampton. A single gram of the substance can have a activated surface area of more than 500m2 available for adsorption or chemical reactions. Yet despite its longevity, experts at the meeting remain convinced that much more potential remains to be tapped as scientists are still only now gaining an understanding of many of its properties and learning how to manipulate them to improve its absorption and surface chemistry capabilities.

Tennison’s own group at MAST is interested in the abilities of activated carbon as a catalyst support for industrial processes, he explained. One of the problems with using finely powdered carbon as a support is that is not easily recoverable, which often leads to significant catalyst losses during these processes. It also rules out the possibility of using carbon supports in more advanced microchannel and other types of reactors.

The group’s solution has been to make synthetic ‘carbon beads’ with diameters of around several hundred microns, much larger and more manageable than traditional activated carbons. Derived from the phenolic resin Novolak, critically the beads are both microporous and mesoporous, he explains; the nm-size micropores are responsible for their high surface area, which can be in excess of 2000m2/g – and adsorption abilities, while the larger, interconnected, mesopores enhance their mass transfer properties. 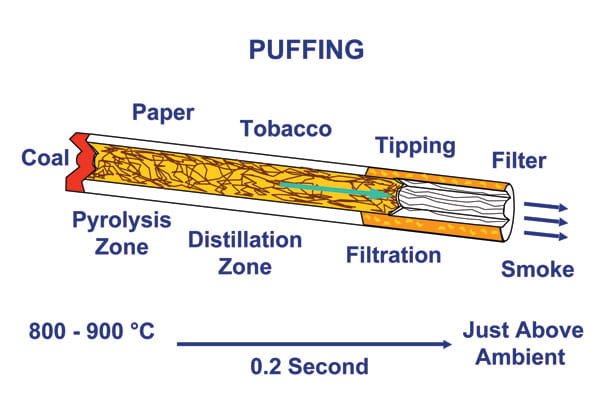 Tests of the new beads in collaboration with researchers at the University of Bath, UK, showed a ‘dramatic improvement in performance’ over standard 5% Pt/carbon catalysts for the oxidation of ethanol to the corresponding aldehyde, Tennison reported. As expected, the catalyst was also much easier to recover at the end of this reaction.

MAST researchers are also exploring the use of the beads in protective hoods for military personnel or emergency response staff, to protect against chemical injury. Here the advantage is the shallower bead depths to achieve the same absorbency effects as conventional activated carbon, Tennison says, which typically requires carbon bed depths of >2cm in gas mask canisters.

Yet another application for the technology, Tennison continued, may be as filters to protect against sepsis during open heart surgery. The leading cause of death following this type of operation is SIRS, he says – a severe allergic response mediated by cytokines and other inflammatory biomolecules produced as blood comes into contact with external plastics and other non-biological materials outside of the body. Conventional activated carbons are unable to adsorb such large molecules – up to 50,000 MW but recent in vitro tests in conjunction with Brighton University, UK, have shown that they mop up 99% of them apparently without any detrimental effects on other blood substances.

And Tennison is also hopeful that the beads may offer a modern twist on the use of carbons for mopping up drug overdoses. The small particle size of standard activated carbons can make them dangerous if the patient vomits, he explains, as carbon particles can sometimes be re-ingested into the lungs where they can cause serious problems. In tests mimicking ibuprofen overdoses, he says the beads exhibited faster and higher absorption capabilities than activated carbon although their use for this application may be hampered by regulations, which currently require they are approved as drugs.

In China, An-Hui Lu and his research group at Dalian University of Technology have also been making synthetic – and even more elaborate – carbon structures: ordered mesoporous carbons, hollow carbon nanospheres, hierarchical carbon monoliths and, most recently, multi-component ‘magnetic mushroom’ nanostructures comprising both inorganic oxides and polymers. ‘These mushroom nanostructures and their hollow derivatives could be very interesting building blocks for the assembly of other new types of nanostructures, and as carriers for drug delivery, catalysis or as multifunctional sensors,’ Lu says.

The work on magnetic mushrooms – a collaboration with the Max-Planck Institute fur Kohlenforschung – has just been published (J. Am. Chem. Soc., 2010, 132, 6791). However, Lu’s group has been making magnetic carbon particles since 2003, by a simple ‘nanocasting’ process that involves encapsulating magnetite nanoparticles in polymer or silica shells. Making the porous carbon structures magnetic makes it much easier to recover them after they have carried out their particular function, Lu explained, which should also help to bring down costs and improve safety. Details are included in a review paper (Angew Chemie, 2007, 46, 1222), which has received more than 370 citations since it appeared, Lu notes.

‘Magnetically driven separation makes it easier to recover catalysts in a liquid reaction than by filtration or centrifugation, especially when the catalysts are in the nanometer size,’ he commented. Advance applications include liquid phase catalysis reactions, adsorption, separation and purification and biotechnology/biomedicine, he says.

Tests with the Pt or Pd-loaded carbons for various hydrogenation and alcohol oxidation reactions have produced aldehydes with >99% selectivity starting from cinnamyl-, benzyl- and 1-phenolethanol, Lu reported. And the group’s new mushroom structures may be even more versatile, he enthuses, adding that these are currently undergoing biomedical characterisation. ‘I believe that the more we do in this area to fine tune magnetic nanostructures, the more we learn’, he says. ‘In turn, we should be able to prepare magnetic nanostructures with more sophisticated structures.’

Lu’s home country China is currently the world’s biggest exporter of activated carbons – producing ca 700, 000t/year, mainly by pyrolysis of coal and of a range of biomass including cotton stalks, wood, bamboo and nutshells. Indeed, ‘the vast majority of activated carbon used today is made from non-renewable fossil fuel sources such as bituminous coal, lignite coal and peat,’ according to Steve Ragan, product development director at Jacobi Carbons – the world’s number one exporter of Asian coal carbon. However, activated carbon made from renewable coconut shells is more environmentally sustainable, he says, as it fixes the CO2 that would otherwise have been released back to the atmosphere by coconut decay and therefore has a carbon negative carbon footprint.

Its usefulness in drinking water treatment stems from its ability to absorb contaminants, such as pesticides and other organic chemicals, Ragan explained, as well as to transform oxidising chemicals, such as chlorine, used to disinfect water supplies, into less aggressive ions by chemisorption processes on the surface of the carbon particles.

In the US, Ragan points out that chlorine has now largely been superseded as a disinfectant by monochloramine – because of fears over cancercausing haloamines. While chloramines also affect the taste of the water, they are tough to remove with standard carbon grades – a problem that Jacobi researchers claim to have addressed by increasing the surface functionality of the carbonised coconut char. The new carbons also effectively remove dissolved sulphides, Ragan says – a particular problem for well and other poorly oxygenated waters – and bromates, carcinogens produced by the action of ozone, widely used for sterilising bottled waters, on natural bromate salts. Coca-Cola’s recall of its Dasani bottled water in 2004 was a consequence of just this bromate problem, he says.

For meeting sponsor British American Tobacco (BAT), meanwhile, the main interest in activated carbons lies in investigating their role as cigarette filters, explained chief scientific officer Chris Proctor. ‘Carbon is currently the most exciting material we have to reduce the levels of some of the toxicants in smoke that might be related to the development of diseases such as chronic obstructive pulmonary disease,’ Proctor said, while cautioning that ‘more medical research is still needed to determine whether reductions in toxicants lead to reductions in health risks’. Cigarettes containing activated carbon are popular in countries such as Japan, South Korea, Venezuela, Hungary, Romania and Russia, although they are not favoured everywhere because of the associated impacts on taste.

Colleague Peter Branton pointed out that a cigarette filter containing activated carbon can adsorb a range of volatile smoke compounds – including acetaldehyde, formaldehyde, hydrogen cyanide and benzene. With other BAT researchers, he has recently carried out tests to see the effects of changing the carbon structure on the composition of the resulting smoke. Results, published in a paper last year (Carbon, 2009, 47, 1005), showed that to maximise vapour phase adsorption in a cigarette filter, the carbon should have a combination of micropores (2nm in pore diameter) and larger meso/macro transport pores (2nm pore diameter), of controlled volume and ratio. Synthetic carbon filters with these pore sizes showed ‘an average 40% improvement in smoke vapour toxicant reductions over a standard activated carbon,’ Branton says. However, he notes that the group is currently working on optimising the porosity in a vegetable based coconut carbon.

Cigarette smoke is a complex aerosol comprising over 5000 identified compounds present in both particulate and vapour phases. While carbon will not remove everything in smoke, Branton says other filter additives – specific adsorbents and catalysts – are also available to maximise the adsorption of various vapours with different physical and chemical properties.

While activated carbon has been around since the time of the ancient Egyptians, it seems that modern science is ensuring that it will continue to find new and improved applications in the future. Alongside its use in gas masks, it may also be playing other important roles in protecting our environment and health.