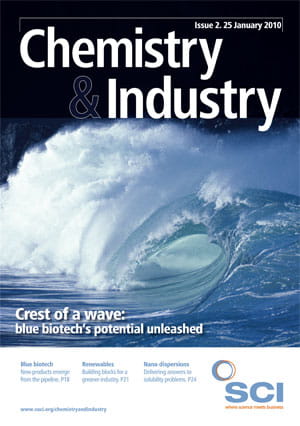 The US chemical industry appears to have turned a corner as two new reports suggest that the worst effects of the recession may be over and recovery is starting. According to the reports, credit is starting to flow again as companies reported better operating results in the second half of 2009 and restocking is taking place among downstream chemicals users, boosting sales.

A report by financial services business Standard & Poor’s states that while many companies reported earnings that were down on last year, operating results have been improving. Standard & Poor’s, which rates businesses, including chemicals, based on a range of metrics, said that in 2009 the number of ratings downgrades exceeded upgrades by 28 to 11. However, the 2009 figure masks the recent reversal in US chemical company fortunes. In H1 2009 the number of downgrades for US chemical firms exceeded upgrades by 25 to three, while in H2 2009 there were eight upgrades to three downgrades. The report’s authors suggest that this result is due to stabilisation of the credit market.

‘We believe that current economic conditions are unlikely to challenge any rated investment-grade issuers,’ says Kyle Loughlin, chemicals analyst at Standard & Poor’s. He adds that, therefore, any changes in chemical company ratings this year is more likely to be the result of specific events – particularly if M&A activity picks up again.

An economic trends report from the American Chemistry Council (ACC) also suggests that there are some reasons to hope that the worst may be over for the US chemicals sector. The report states that output points to an industry in recovery and that in some sectors, such as polymers, the recovery was so strong in H2 2009 that production may even be up, compared with 2008. The ACC report notes that chemical transport by rail is one of the best indicators of how industry is faring; recent figures show that activity is up 6.2% year-on-year.