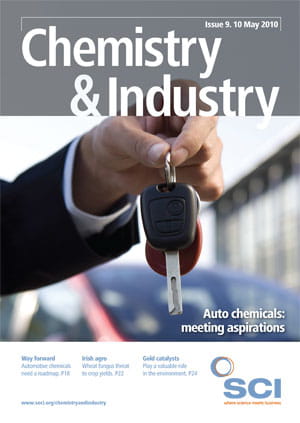 Product supply problems continue to cause trouble for Genzyme. The biotech firm has told the European Medicines Agency’s Committee for Medicinal Products for Human Use (CHMP) to expect shortages of Cerezyme and Fabrazyme until at least the end of September 2010.

Cerezyme (imiglucerase) and Fabrazyme (agalsidase beta) are used to treat the enzyme-deficiency disorders Gaucher’s disease and Fabry disease, respectively. A series of manufacturing problems has led to a shortage of the drugs since June 2009. At first, Genzyme’s production site in Allston Landing in the US was closed down for cleaning following viral contamination. Shortage of the drugs was expected to last only a couple of months. However, subsequent issues with the plant’s water system followed by an unexpected electrical power failure have hampered efforts to return supply to normal levels. Although Genzyme says the facility is now fully operational, supply of the drugs will not return to normal until the end of September 2010.

As a result of the problems manufacturing Cerezyme and Fabrazyme – two of its best-selling drugs – Genzyme has reported that first-quarter revenue was down to $1.07bn from $1.15bn in the same period last year. And the company anticipates a $175m penalty from the US Food and Drug Administration for the trouble caused by the problems at the Allston manufacturing facility. The company could also face further fines, while the future of ceo Henri Termeer is unclear.

In the meantime, Cerezyme is being shipped at 50% demand and Fabrazyme at 30%, and the European Medicines Agency has issued temporary treatment recommendations for patients relying on the drugs. At least 12% of patients on the reduced Fabrazyme dose have already experienced a worsening of their disease, according to the CHMP, which has recommended that such patients be treated with a full dose of Fabrazyme or switch to competitor products, such as Shire Human Genetic Therapies’ Replagal.

Genzyme says it will continue to work with minimal levels of inventory for Cerezyme and Fabrazyme until the company’s new Framingham manufacturing facility is approved, which is anticipated to take place in late 2011, and any additional manufacturing delays will likely impact supply of these products.

The EMEA says the CHMP remains concerned about the continued supply shortages of Genzyme’s medicines and is, together with the European network, closely monitoring the situation.