A long drive for fuel efficiency 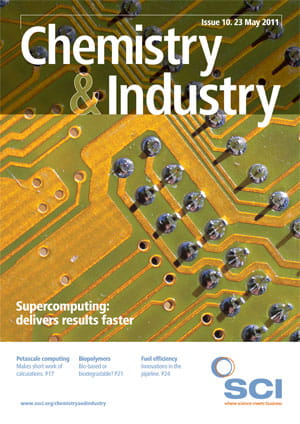 With oil prices at an all-time high and a credible alternative fuel still generally unavailable on the garage forecourt, the need to improve existing fuel efficiencies is increasingly clear. Average fuel consumption was 43.6mpg for petrol cars and 49.2mpg for diesel in 2009, according to the UK Automobile Association (AA), having changed relatively little over the past 20 years, due largely to the extra weight and power demands for numerous safety and comfort features, such as airbags, climate conditioning systems and other innovations.

An estimated 80% of the energy expended to drive a conventional gasoline vehicle, meanwhile, continues to be lost as heat – spread roughly evenly across the power train via the gears, clutch and brakes. Add air conditioning into the equation and achieving any real fuel efficiency improvements seems an even more distant goal.

Researchers at chemical giant BASF first embarked on a journey towards better vehicle fuel efficiencies more than a decade ago. But while progress may sometimes have been slower than expected, acknowledged Volker Warzelhan, BASF’s senior vice president R&D thermoplastics, speaking recently in Germany, a number of socalled energy management technologies are nevertheless now steadily making their way along the group’s development pipeline and will lead to tangible advances in fuel efficiencies once they eventually reach the road.

BASF’s thermal engine encapsulation (TEE) system, for example – featured in the Hyundai i-flow concept car showcased at the 2010 Geneva Motor Show – promises to deliver fuel savings of up to 9% in the winter months and 5% during the summer, by lagging the vehicle engine in an insulating and high temperature resistant (up to 150oC) polyurethane foam. Developed together with researchers at the Köln University of Applied Sciences, Germany, he explains that TEE is designed to slow cooling of the engine, so reducing the energy needed to restart the car, particularly after overnight standing.

For a fully encapsulated engine, except for the exhaust manifold and engine mountings, BASF saysit took 14-15 hours for the temperature to drop to 40oC, against only 2-3 hours for a non-insulated engine. The group has calculated that, averaged over 12,300km, TEE can reduce emissions by 5g CO2/km during the summer months and 8-9g CO2/km in winter, as confirmed in vehicle trials.

Further back in the development pipeline, in the laboratory phase, researchers are also working on a thermoelectric generator (TEG) or heat exchanger designed to recover heat from the exhaust gas stream. Thermoelectric materials, such as SiGe, are semiconductors that convert temperature differences to electrical energy that can be fed back to optimise the car’s energy efficiency. Lab tests have found that using a TEG can recover 10% of heat otherwise lost via the exhaust, Warzelhan said, adding that such generators are now under construction in a pilot phase demonstrator.

‘BASF focused in the past on PbTe as a thermoelectric material, because it has a good fit with the temperature range present in the exhaust,’ he continued: However, ‘because of the future ban of Pb in car applications, [the group] is now working on SiGe.’

Outdoor temperatures are another important consideration for researchers seeking to improve vehicle fuel efficiencies. The cruising range of an electric vehicle with the air conditioning unit switched on would be reduced by an estimated 29% – from around 140km to 100km – with corresponding losses in energy efficiency, Warzelhan pointed out. On a 30oC day around noon, the total cooling power requirement for an EV would be around 3kW or around a fifth of the estimated 16kW power demand for electrical driving atv100km/h, assuming an inside temperature of around 20oC. A typical gasoline car, by comparison, would see its range reduced by only around 12%, from 680km to 600km.

But BASF estimates that this cooling power requirement could be reduced by nearly half by installing a variety of heat management measures, mostly focused on reducing the amount of heat energy entering the car through the vehicle windows, which account for 70% of the interior heating against 30% via the car chassis.

Black IR reflective pigments, for example, are already commercialised in some car models for seats and dashboards; they effectively block heat from entering the vehicle by reflecting long wave solar radiation – so keeping dark surfaces cooler. The technology could provide an answer, Warzelhan said, to the problem heating of black steering wheels, seats and instrument panels – which often prompt drivers to seek out shady spots for their vehicles during the hot summer months.

Switchable versions of such pigments that change their behaviour with temperature are also under development. At cold winter temperatures, they let pass the IR light, allowing the sun’s energy to warm up the cabin. However, at hot summer temperatures the same pigments are able to reflect the IR light, keeping the cabin cool.

For use in car glazing, meanwhile, the group is exploring IR reflective films which comprise ‘special liquid crystalline polymer systems which can reflect light in the near infrared region,’ Warzelhan explained: ‘These films can be laminated on glass or between two sheets of glass of windows.’ Currently in the pilot phase of development, BASF is hopeful that commercial versions could one day be on the road.

Replacing metal car parts with lighter plastics remains an ongoing challenge for car companies and their suppliers. Plastics currently comprise about 15% of the weight of the average car – saving about 200kg, compared with the original metal car part or component. European legislation that by 2020 emissions of greenhouse gas CO2 from vehicles should fall to 95g/km – down from an average 150g/km presently for the existing German fleet, is helping to drive that figure still higher, said BASF’s Warzelhan – with plastics expected to account for 30% of vehicle weight by 2030.

New stronger plastic grades are also finding their way into yet more applications previously reserved for metals or other heavier duty materials. BASF’s Ultramid CR, for example, has been developed as a lower bumper stiffener, jointly with Opel, now commercialised in the Astra and claimed to be safer and 40% lighter than the original.

The same polyamide grade is also being used in new seating designs in the Opel Insignia OPC model as well as in structural inserts designed to stiffen the outer metal framework of other vehicles together with Sika. And a heat resistant version – Ultramid Endure – is being launched for use in smaller engines, where the polymer is able to withstand temperatures up to 220oC, remaining intact for more than 3500 hours.

Elsewhere, lightweight composites are already commercialised in cars such as the VW Passat, where BASF’s Elastoflex E – a polyurethane based honeycomb structure – is used in sunshading and for the spare wheel cover, leading to claimed weight savings of 50–75% against the earlier materials. Also coming onto the marketplace is long glass fibre reinforced Ultramid processed by injection moulding; designed for use as a crash absorber, BASF says the long fibres have good structure retention and therefore high impact strength and good energy absorption. More ambitiously, the polymer is used as the basis for a fully plastic car seat design. Already available as a Faurecia concept design, the seat comprises a thermoplastic insert comprised of endless oriented fibres overmoulded with Ultramid.

The biggest additional weight savings, however, are expected further down the road, by replacing the metal chassis, whose metal frame currently accounts for around 20% of the total vehicle weight. Weight savings of between 100 and 150kg in a typical car model – together with reduced emissions of carbon dioxide of 10-15g/km – could be achieved by replacing the metal chassis alone by carbon fibre composites, BASF says. Such materials could do the job as well as metal, but are currently limited to Formula 1 or a handful of premium cars due to their expense. However, costs are expected to come down as manufacturing scale increases, Warzelhan noted, pointing out that BASF’s new High Speed Resin Transfer Molding (RTM) process – currently in pilot phase – should also speed fibre reinforcement and lower manufacturing costs by reducing cycle times. The group says it hopes to have a car chassis structure produced commercially by this process on the road by 2013.