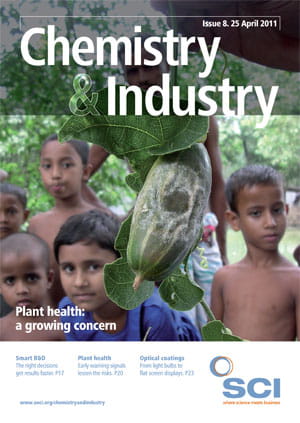 Imagine that, instead of relying on the post for your favourite magazine, you could access it electronically and print it out yourself. This has been possible for some time already you say. Well what about this: it’s Sunday morning, you have guests for lunch, but you’ve just smashed one of your best plates. The answer is simple: you download a 3D file of the plate and run one off in the garage while your guests sip cocktails.

It may sound fanciful, but it’s only a matter of time before this second scenario is as common as the first. The technology that will allow this uses electronic files to create solid objects, which is why it’s known as 3D printing.

The technique – also known as rapid prototyping or additive manufacturing – is widely used in industry to create car parts, aeroplane components, medical devices and many other products. But as the cost – and size – of 3D printing machines continue to fall, they will become more accessible to home users too. The smallest industrial models already fit on an office desk, rather than a warehouse. Several developers, such as MakerBot in the US, are developing 3D printers for the ‘consumer market’ – with a price tag below £1000. And, with the range of available materials now including high spec plastics such as PEEK, nylon and polyetherimide, the choice of end products that can be made using these techniques has expanded.

Industry analyst Terry Wohlers, who produces an annual report on the state of the ‘additive manufacturing’ (AM) market, says that the days of using the technique simply to make prototypes are well and truly over. Now, he says, it is a recognised manufacturing method.

‘Using AM for part production is considered the next frontier, with opportunities beyond measure,’ he says in the Wohlers Report 2010. ‘Corporations, entrepreneurs, investors and researchers are considering ways in which AM can be used to manufacture an array of products in quantities of one to several thousands.’

Two distinct markets are opening up for products made by additive manufacturing, he says: one is the professional market, for products in the medical, dental, aerospace, automotive and motorsports industries; the other is the consumer market, where examples include furniture and home accessories, toys, game avatars and fashion products. A good example here is World of Warcraft figurines, which can be custom designed and ordered, with 3D printing used to make the figure.

Engineering materials can be fabricated into products in many different ways: metals can be cast, formed and cut; plastics are extruded or injection moulded. Both can also be ‘3D printed’.

Various 3D printing techniques use different starting materials – such as plastic powder or liquid resin – and different processing methods to make end products. Selective laser sintering (SLS) is a common 3D printing method. It uses a dry powder – usually a plastic – to create parts. It takes computer aided design (CAD) data as its starting point and slices the virtual component into wafer thin sections. These are the separate elements that will be laid on top of one another to create the final part. A pyramid, for example, would be made from a succession of increasingly smaller squares. Other components would combine far more complex shapes.

A thin layer of powder – around 100μm – is laid down on a flat bed. A laser is used to ‘cure’ or sinter the powder into a specific shape on the flat layer. Another layer of powder is laid down and cured in a similar way. The process is repeated until the part is finished. A small component might take two or three hours to complete. Any ‘uncured’ powder is removed and recycled.

A unique advantage of 3D printing is that it can be used to create ‘impossible’ objects: interlinked chains can be produced in a single pass, for example, rather than making separate links and joining them together. Any shape that can be built in three dimensions could conceivably be made using 3D printing.

Makerbot has been used to create octahedral shapes, while MGX has created a range of furniture using 3D printing, including Patrick Jouin’s foldable One Shot stool, which emerges fully formed from the laser sintering machine, complete with hinges.

A pan-European collaborative project, Custom- IMD, recently developed a cranio-facial implant that was made using laser sintering. The data to make the implant was taken from 3D CT scans.

The implant was made from PEEK using an Eosint P800 system from EOS. The machine operates up to 385°C, which is high enough to process the plastic. Biocompatible Peek is increasingly being used as an alternative to titanium implants, says EOS, because it can be customised to patient needs.

Although the surface finish on SLS parts is slightly rough, the technique works with a wide range of plastic materials. The liquid equivalent of laser sintering is called stereolithography or SLA. Here, a UV laser is used to cure the surface of a photosensitive liquid resin. A moving platform progressively moves the part downwards as each new solid layer is created. SLA parts are generally stronger and smoother then SLS parts, though a narrower range of materials is available – typically epoxy.

A third technique, called fused deposition modelling (FDM), deposits molten polymer onto a support structure. It can be used to make far larger parts and, incredibly, was recently used to create an entire set of body panels for a concept car.

Canadian engineering group Kor Ecologic used FDM to create the body panels for its Urbee concept car – which runs on either electricity or ethanol and boasts 200 miles to the gallon. This is partly to do with car’s light weight, and partly to do with its aerodynamic design. It claims to have a drag coefficient of less than 0.15, compared to 0.26 for the Toyota Prius.

After creating a 60% sized model in clay, the team knew that it needed to create a full-scale concept. An early option was to build the panels using fibre-reinforced polymer, but this would have involved around 10 months of labour-intensive work. But then the company discovered FDM, which it used to create 10 interlocking exterior panels from ABS plastic. Other than the ability to create large parts without moulds, it also highlights the special ability of 3D printing to create ‘impossible’ parts. ‘If you look at a cross section of a bird bone, you’ll see that there is bone only where the bird needs strength,’ says Jim Kor, the company’s president and senior designer. ‘The bone looks like chaotic webbing. FDM is the only process that can replicate this.’ He says this ability will help to create strong, light components, such as the fender.

And if this sounds like pie in the sky stuff, it also works on a much smaller scale: US talk show host Jay Leno famously owns a FDM 3D printing machine, which he uses to create ‘legacy’ parts for his fleet of vintage cars.

While industry will continue to use 3D printing, the technique could be on the verge of becoming a consumer technology – in the same way that PCs brought computing power to the home.

US-based MakerBot has developed its Thing- O-Matic 3D printer for home use, which currently costs $1299. It uses open source software, and can make products from acrylonitrile butadiene styrene (ABS), HDPE or PLA. It boasts a ‘community’ of users – who have made everything from vases and chopsticks to toys and plastic gears.

There’s even a home-grown UK project in the shape of RepRap, based at Bath University. It is onto its second generation of its 3D printing machine, dubbed Mendel, which makes parts in ABS. The unique spin behind RepRap is that it is self-replicating – as it can manufacture most of its own components itself. Thanks to open source software and its use of standard components, it could cost as little as £400 to assemble one: not bad for a machine that could one day print your missing dinner plate.

Moving from models to manufacturing

Rapid prototyping, 3D printing and additive manufacturing are just three ways to describe a range of methods that join materials together – usually layer by layer – to form a solid object. Parts can be made in plastic, metal, ceramic, or composites.

Originally, they were used to make one-off models, but improvements in materials, machinery and computing power pushed them towards the creation of short run production parts. In most cases, the techniques take thin cross sections from CAD models and use this to build the final part.

Hearing aid shells were an early manufacturing success: by scanning the ear cavity of a patient, manufacturers could use these techniques to create an exact fit.

Made to measure shoes

You’ve heard of nylon stockings, or nylon shirts. Now, courtesy of 3D printing, the nylon shoe. Between February and August 2011, London’s Design Museum is hosting nominated entries in the Brit Insurance Design Award. In the fashion category is the Melonia shoe.

The idea is that the wearer will have their foot scanned in a shoe shop, allowing an exactly tailored shoe to be made for them.

‘Despite its delicate skeletal look it is surprisingly strong and – as five models proved on the runway – can be functional as well,’ says Materialise, which made the shoes at its Belgium headquarters using laser sintering.