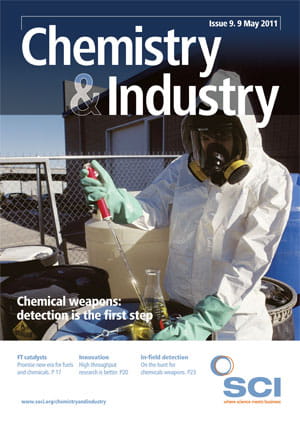 Bacteria, such as E. coli, could be reprogrammed to fight food poisoning, cancer, and other diseases, according to scientists reporting the development of bacteria to serve as mobile pharmaceutical factories, both producing disease-fighting substances and delivering the potentially lifesaving cargo to diseased areas of the body. William Bentley, Robert E. Fischell distinguished professor and chair of the Fischell Department of Bioengineering, and colleagues developed the concept of ‘bacterial dirigibles’ at the University of Maryland in College Park, US.

The team has genetically modified bacteria to produce a medicine or another disease-fighting substance and then given the bacteria a biochemical delivery address, which is the site of the disease. Swallowed or injected into the body, the bacteria travel to the diseased tissue and start producing substances to fight the disease.

The ‘targeting’ molecule is attached to the outer surface of the bacteria, allowing them to ‘home in’ on specific cells and attach to, for example, the intestinal cells where other strains of E. coli cause food poisoning symptoms.

Inside the bacteria is a gene segment that acts as ‘nanofactory’, which uses the bacteria’s natural cellular machinery to make drugs. The nanofactory also could produce signalling molecules that enable the dirigible to communicate with natural bacteria at the site of an infection. Some bacteria engage in a biochemical ‘chit-chat’, termed ‘quorum sensing’, in which they coordinate the activities needed to establish an infection.

Bacteria dirigibles could produce their own signalling molecules that disrupt quorum sensing, preventing bacteria from starting an infection.

In what they described as the opening of a new era in the development of potentially life-saving new drugs, US scientists from Harvard University reported a way to tone down an overactive gene involved in colon cancer and block a key protein involved in asthma attacks. These targets rank among hundreds of thousands that many scientists considered to be ‘undruggable’, meaning that efforts to reach them with conventional medicines were doomed to fail. ‘These substances represent an entirely new class of potential drugs,’ said study leader Gregory Verdine.

The new substances are not small molecules, but ‘stapled peptides’, named because they consist of protein fragments termed peptides fitted with chemical braces or ‘staples’. The stapling gives peptides a stronger, more stable architecture and the ability to work in ways useful in fighting disease.

Verdine and his colleagues have developed the first stapled peptides that target colon cancer and asthma. The colon cancer stapled peptides inhibit the activity of a protein called beta-catenin that, when present in a hyperactive form, causes cells to grow in an aggressive and uncontrolled way. The protein normally helps keep certain cells, including those lining the colon, in good health. But the abnormal protein has been directly linked with an increased risk of colon cancer and other types of cancer, including skin, brain and ovarian.

When added to human colon cancer cells growing in laboratory cultures, the stapled peptides reduced the activity of beta-catenin by 50%. In patients, that level of reduction could be sufficient to have a beneficial impact on the disease, Verdine suggested.

Stapled cytokines show promise for fighting asthma. Cytokines are hormone-like proteins secreted by cells of the immune system and other body systems that help orchestrate the exchange of signals between cells. The stapled cytokines moderate the activity of a cytokine called interleukin-13, which asthma patients produce in abnormally large amounts and contribute to asthma attacks. Current asthma drugs, Verdine noted, tend to treat the underlying symptoms of asthma, particularly inflammation. By contrast, stapled cytokines could treat the underlying causes of the disease.

Verdine’s team is collaborating with a pharmaceutical firm to further develop the stapled peptides.

Your next new car hopefully won’t be a ‘lemon’. But it could be a pineapple or a banana, because scientists in Brazil have developed a more effective way to use fibres from these and other plants in a new generation of automotive plastics that are stronger, lighter, and more eco-friendly. Alcides Leão from Sao Paulo State University in Sao Paulo, Brazil, said the fibres used to reinforce the new plastics may come from delicate fruits like bananas and pineapples, but they are super strong. Some of these so-called nano-cellulose fibres are almost as stiff as Kevlar, the material used in armour and bulletproof vests.

‘The properties of these plastics are incredible,’ said Leão. ‘They are light, but very strong: 30% lighter and three to four times stronger. We believe that a lot of car parts, including dashboards, bumpers and side panels, will be made of nanosized fruit fibers in the future. For one thing, they will help reduce the weight of cars and that will improve fuel economy.’ Besides weight reduction, nanocellulose reinforced plastics have mechanical advantages over conventional automotive plastics, Leão added. These include greater resistance to damage from heat, spilled gasoline, water, and oxygen. With car manufacturers already testing nanocellulose- reinforced plastics, with promising results, he predicted they would be used within two years.

To prepare the nano-fibres, the scientists insert the leaves and stems of pineapples or other plants into a device similar to a pressure cooker; add certain chemicals; and heat the mixture over several cycles, producing a fine material that resembles talcum powder. The process is costly, but it takes just one pound of nanocellulose to produce 100Ib of superstrong, lightweight plastic, the scientists said.

‘So far, we’re focusing on replacing automotive plastics,’ said Leão. ‘But in the future, we may be able to replace steel and aluminium automotive parts using these plant-based nanocellulose materials.’ Similar plastics also show promise for future use in medical applications, such as replacement materials for artificial heart valves, artificial ligaments, and hip joints.

US scientists unveiled a new material containing an ingredient used to make bricks that shows promise as a transparent coating for improving the strength and performance of plastic food packaging. Called ‘nano-bricks’, the film looks like bricks and mortar under a microscope, says the team from the department of mechanical engineering at Texas A&M University in College Station, Texas.

The coating could help foods and beverages stay fresh and flavourful longer and may replace some foil packaging currently in use and retain the fizz in drink bottles. ‘This is a new, ‘outside of the box’ technology that gives plastic the superior food preservation properties of glass’, said Jaime Grunlan. The new film combines particles of montmorillonite clay, a soil ingredient used to make bricks, with a variety of polymer materials. The resulting film is about 70% clay and contains a small amount of polymer, making it more eco-friendly than current plastics. The film is less than 100nm thick and completely transparent to the naked-eye.

When layered onto existing plastic packaging, it adds strength and provides an improved barrier to oxygen, he said. Grunlan demonstrated in lab studies that the film is 100 times less permeable to oxygen than existing silicon oxide coatings. This means that it’s also likely to be a better oxygen barrier than a metal coating, the permeability of which is similar to that of silicon oxide, the scientists noted.

‘Others have added clay to polymer to reduce (gas) permeability, but they are thousands of times more permeable than our film,’ Grunlan said. ‘We have the most organised structure – a nano-brick wall – which is the source of this exceptional barrier. This is truly the most oxygen impermeable film in existence.’

Grunlan is currently trying to improve the quality of the film to make it more appealing to packaging manufacturers, including making it more moisture resistant. He envisages that manufacturers will dip plastics in the coating or spray the coating onto plastics. In the future, he hopes to develop nano-brick films that block sunlight and contain antimicrobial substances to enhance packaging performance. The new coating also shows promise for use in flexible electronics, scratch-resistant surfaces, tyres, and sporting goods. It could potentially help basketballs and footballs stay inflated longer than existing balls, Grunlan added.

Walnuts have a better combination of healthier and higher quality antioxidants than any other nut and ‘rank above peanuts, almonds, pecans, pistachios and other nuts, according to Joe Vinson, from the University of Scranton, Pennsylvania, US. ‘A handful of walnuts contains almost twice as much antioxidants as an equivalent amount of any other commonly consumed nut... This study suggests that consumers should eat more walnuts as part of a healthy diet,’ Vinson says.

Vinson has analysed antioxidants in nine different types of nuts: walnuts, almonds, peanuts, pistachios, hazelnuts, Brazil nuts, cashews, macadamias and pecans. He found that the quality, or potency, of antioxidants present in walnuts was highest among the nuts; two to 15 times as potent as vitamin E. ‘There’s another advantage in choosing walnuts as a source of antioxidants,’ said Vinson. ‘The heat from roasting nuts generally reduces the quality of the antioxidants. People usually eat walnuts raw or unroasted, and get the full effectiveness of those antioxidants.’

Closer to an artificial leaf

‘A practical artificial leaf has been one of the Holy Grails of science for decades,’ said Daniel Nocera, who leads a US research team at the Massachusetts Institute of Technology. ‘We believe we have done it. The artificial leaf shows particular promise as an inexpensive source of electricity for homes of the poor in developing countries. Our goal is to make each home its own power station,’ he said. ‘One can envision villages in India and Africa, not long from now, purchasing an affordable basic power system based on this technology.’

The device bears no resemblance to natural counterparts on oaks, maples and other green plants, which scientists have used as the model for their efforts to develop this new genre of solar cells. About the shape of a poker card but thinner, the device is fashioned from silicon electronics and powerful new, inexpensive catalysts, made of nickel and cobalt. It is made of cheap materials that are widely available, works under simple conditions and is highly stable.

Placed in a single gallon of water in a bright sunlight, the device could produce enough electricity to supply a house in a developing country with electricity for a day, Nocera said. In laboratory studies, he showed that an artificial leaf prototype could operate continuously for at least 45 hours without a drop in activity. It does so by splitting water into its two components, hydrogen and oxygen, which would be used in a fuel cell to produce electricity, located either on top of the house or beside it.