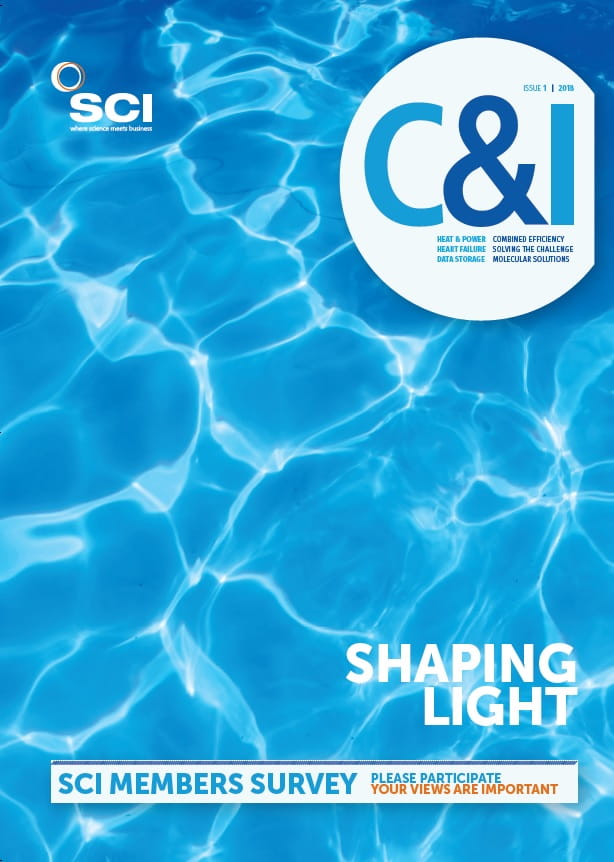 Pieces of glass shaped in clever ways have enabled people to make important scientific discoveries, from Galileo’s telescope via Antonie van Leeuwenhoek’s microscope through to today’s microscopic imaging techniques and scientific photography. There are even two lenses, also known as spectacles, riding on my nose as I write this article.
And yet, one could argue that lenses process light in a very old-fashioned way, in bulk and analogue. In contrast, modern technology operating on the nanoscale and with massive computational support can manipulate photons individually and in many different, more sophisticated ways, leading to new kinds of applications impossible even to imagine with conventional lenses.

Manufacturers try to make lenses as flawless as possible, to guide all the light in the desired way and avoid the dreaded ‘aberrations’ that detract from their usefulness. In the age of digital image sensors and massive computation, however, this care isn’t always necessary.

Laura Waller and colleagues at the University of California at Berkeley, US, have recently shown that a transparent object with random optical properties, such as a piece of sticky tape or a conference badge holder, placed a few millimetres above a commercial image sensor, creates a light scattering pattern from which a 3D image can be computationally restored.1

The researchers used the so-called caustics effects, which are the sharply contrasted and interestingly shaped areas of concentrated light produced by diffraction or reflection from curved surfaces. The can be observed, for instance, when a beam of sunlight falls through an empty wine glass or a body of water with an undulating surface, such as the sea or swimming pool. With a single snapshot of the light from an illuminated three-dimensional object falling through a bumpy piece of plastic onto a two-dimensional image sensor containing 1.3megapixels, the researchers could gather sufficient information to reconstruct an accurate 3D structure of the imaged object on a grid of 100m voxels (pixels arranged in 3D space).

‘Our new camera is a great example of what can be accomplished with computational imaging – an approach that examines how hardware and software can be used together to design imaging systems,’ Waller said. ‘We made a concerted effort to keep the hardware extremely simple and inexpensive. Although the software is very complicated, it can also be easily replicated or distributed, allowing others to create this type of camera at home.’

The objects to be imaged with the new device – dubbed the ‘DiffuserCam’ – can be microscopic, with a resolution down to tens of micrometres, or macroscopic, up to the scale of metres. The researchers are now beginning to apply the technology in a collaborative project in brain imaging, which is part of the US federal government’s BRAIN initiative. Their project involves the use of optogenetics – a technique where chemical antennae introduced into specific cells can be addressed by light - to stimulate thousands of nerve cells or neurons in a controlled pattern. A readout by the DiffuserCam then enables them to watch the response of millions of other neurons connected with those first stimulated.

Beyond biological imaging, Waller also anticipates applications on a larger scale. ‘We think the camera could be useful for self-driving cars, where the 3D information can offer a sense of scale, or it could be used with machine learning algorithms to perform face detection, track people or automatically classify objects,’ she said.

Other researchers use bumpy materials with more tightly controlled structures not just to take pictures. These so-called metamaterials can also manipulate light to create false impressions, a development that could lead to real-life invisibility cloaks.

The group of Federico Capasso at Harvard University, US, has recently made significant progress in producing such meta-lenses based on structures shorter than the wavelength of light.2 By using novel metamaterials made of so-called dielectric phase shifters as building blocks, Capasso and others show that imaging can transcend the limits of conventional optics, achieving resolution below the wavelength of the light used and close to the diffraction limit, as well as images free of any spherical aberration.

In a paper released on New Year’s Day 2018, Capasso’s group demonstrates that chromatic aberration can also be abolished in a single meta-lens.3 In conventional optics, multiple lenses are combined to compensate for the fact that light of different wavelengths is diffracted differently by any given lens. By pairing up the ‘nanofin’ structures designed to guide the light in their metamaterial, Capasso’s group has for the first time created a single, flat meta-lens that can focus light of the entire visible spectrum onto a single sharp spot, achieving broadband achromatic focusing for the first time in any kind of lens.

‘Achromatic focussing means that the focal length does not vary with wavelength across the visible range,’ Capasso said. ‘If you try to do that with regular lenses, like refractive lenses, you would need multiple lenses.’

On a practical level, meta-surfaces could replace lenses in optical devices from cameras to endoscopes and make them more compact. They could, for instance, be printed on the flat end of a glass fibre, taking up virtually no space. Capasso’s team recently reported a new method to print meta-lenses with photolithography,4 a development that could soon cross over into the rapidly moving field of consumer devices such as cameras incorporated in mobile phones.

Moreover, metamaterials can also serve to manipulate the chiral properties of polarised light. This means that polarisation effects like circular dichroism (CD), an important feature of chiral molecules such as proteins, can be measured with a single meta-surface replacing a complex setup of lenses and polarisers.

In late 2017, Capasso and colleagues presented a new meta-surface that can convert circular polarisation – as used in CD spectroscopy – into an even more complex aspect of light, known as orbital momentum.5 In an astronomical analogy, the circular polarisation can be compared to a planet spinning around its own axis, while the orbital momentum would be its movement around the sun. As the light in question also travels through space, as the whole solar system does, the orbital movement could also be described as a corkscrew shape.

‘This is a completely new optical component,’ said co-author Antonio Ambrosio. ‘Some metasurfaces are iterations or more efficient, more compact versions of existing optical devices, but this arbitrary spin-to-orbital conversion cannot be done with any other optical device. There is nothing in nature as well that can do this and produce these states of light.’

While this new ability is important for fundamental questions of the physics of light, the authors also anticipate application potential. The orbital momentum could, for instance, be used to move microscopic particles. New methods of imaging could also be imagined, but the most promising field may be optical communications.

Martin Lavery and colleagues at Glasgow University, UK, are investigating ways in which this kind of twisted light could be used in optical communications across open space, which could potentially make fibre optics redundant. The idea to use angular momentum as a way of encoding additional information in a small quantity of light, thus increasing its bandwidth, has interested quantum communication researchers in particular. However, its suitability for communication across open space has so far remained untested in a real-world situation.

Lavery’s group, together with researchers from the Max Planck Institute for the Science of Light at Erlangen, Germany, have now carried out such a test in the city of Erlangen. Their optical path was 1.6km in length and passed over fields and streets and close to high-rise buildings, representing an urban environment and the atmospheric turbulence that can disrupt information transfer in space.6

Their measurements show that atmospheric effects can indeed disrupt the information transfer, but the authors also suggest corrective measures that may overcome these problems. ‘A complete, working optical angular momentum communications system capable of transmitting data wirelessly across free space has the potential to transform online access for developing countries, defence systems and cities around the world,’ Lavery said. ‘Free space optics is a solution that can potentially give us the bandwidth of fibre, but without the requirement for physical cabling. This study takes vital steps forward in the journey towards high dimensional free space optics that can be a cheaper, more accessible alternative to buried fibre optics connections.’

Thus, while our current information and communication technology still relies on the quality of its physical media such as glass fibres and lenses as much as Galileo relied on high-quality lenses to discover the moons of Saturn, the next step in technology development will be to set light free, so it can be shaped and transmitted without fibres or lenses.