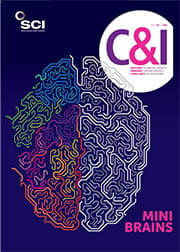 A cocktail of chemicals produced after fermentation by a natural fungus promises to help boost crop yields, while at the same time reducing the need for agrochemicals, researchers reported at the EFIB meeting in Toulouse in October 2018. In field tests, the ‘fungal exudate’ increased yields of tomatoes and corn by up to 20% - and also reduced fertiliser inputs, said Nora Alonso, CEO of Spanish agbiotech Iden Biotechnology.

It could become one of the first EU approved biostimulants not containing living cells, Alonso believes. Crop biostimulants act only on the plant’s vigour and do not have any direct activity against pests or disease. They include compounds, substances and microbes applied to boost plant immunity, improve crop quality and raise yields and resistance to environmental stresses.

‘Extracts of microorganisms already exist in the market but not yet in the EU as there is no biostimulant category at EU level,’ said an Iden spokesperson. ‘In addition, they are derived from microorganisms typically occurring in the rhizosphere [the region of soil close to plant roots], while our fungal extract is from a different source and in the EU will be among the first biostimulants based on fungal extracts.’

Its stability and ease of storage and handling mean the biostimulant can be used for large-scale row crops such as wheat and barley, while farmers only have to apply the product once or twice during the growing season, Alonso said. ‘It will be a new tool for both conventional and organic farming.’

Field tests are being carried out on tomatoes, potatoes, wheat and corn in Spain, the UK, North and South America and in India, where Iden has recently formed a joint venture, Tidas Agrotech, with Hyderabad-based Tierra Agrotech, to promote commercialisation of biological solutions for farmers. While the exact mechanism of action is still being worked out, the fungal compounds are known to act synergistically to improve uptake of important nutrients and minerals such as nitrogen and phosphorus, and aid plant growth and root development.

‘The improvement in yield is different in different geographies, but in all cases there is an increase in productivity,’ Alonso said.

Meanwhile, ‘better root development also means better access to water’. Field trials have shown the biostimulant increased the rates of seed germination in both normal and water stressed environments. Further trials are under way to investigate the effects in water-stressed wheat.

Any improvement in tolerance to water stress is particularly valuable, Alonso said; India, for example, recently saw a 20% reduction in tomato yields due to a lack of rain in the latest growing season.

According to Statistics MRC, the global biostimulants market was worth $1.77bn in 2015 and is expected to grow at a CAGR of 10.82% to reach $3.64bn by 2022. Biostimulants are ‘a critical ingredient in Europe’s sustainability,’ notes the European Biostimulants Industry Council. Revised EU fertiliser regulations, expected to be in force by 2020, will include biostimulants and other organic fertilisers excluded from the scope of current legislation, meaning that such products can be registered under the CE mark for commercialisation.