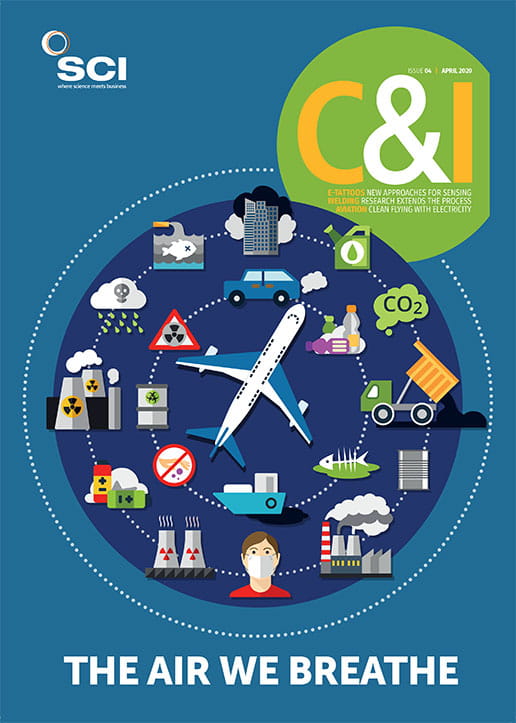 Fruits and vegetables give off ethylene as they ripen. Now US chemists have created a small sensor to detect the gas in concentrations as low as 15 parts/bn, which could be used to monitor fruit and vegetables as they are shipped and stored – so reducing food waste.

Ethylene is produced by plants as a hormone to stimulate growth, ripening and other key stages of their life cycle. Under stress, plants can overproduce ethylene, leading them to ripen or wilt prematurely. The US Department of Agriculture estimates that every year about 12% of US supermarkets’ fruits and vegetables are spoiled.

‘There is a persistent need for better food management and reduction of food waste,’ says Timothy Swager, professor of chemistry at Massachusetts Institute of Technology, US. ‘To manage any kind of produce that’s stored long-term, like apples or potatoes, people would like to be able to measure its ethylene to determine if it’s in a stasis mode or if it’s ripening.’

Swager’s team has developed an ethylene sensor based on a mechanism known as Wacker oxidation. They incorporated a palladium metal catalyst into carbon nanotubes, so any ethylene is oxidised and passes electrons to the nanotubes. By measuring the change in current flow, the researchers can detect the presence of ethylene (ACS Central, doi.org/10.1021/ acscentsci.0c00022) within a few seconds of exposure. The sensor returns to baseline conductivity once the gas has gone.

The researchers measured ethylene production in carnations and purple lisianthus over five days, allowing them to track the relationship between ethylene levels and flowering. In carnations, they found that there was a rapid spike in ethylene on the first day and the flowers bloomed in a day or two after. Purple lisianthus flowers showed a more gradual increase in ethylene that started during the first day and lasted until day four. Correspondingly, blooming was spread out over several days, and some still hadn’t bloomed by the end of the experiment.

‘The repurposing of the Wacker oxidation catalytic system for ethylene detection was an exceptionally clever and fundamentally interdisciplinary idea,’ says Zachary Wickens, aassistant professor of chemistry at the University of Wisconsin, US. ‘The research team drew upon recent modifications to the Wacker oxidation to provide a robust catalytic system and incorporated it into a carbon nanotube-based device to provide a remarkably selective and simple ethylene sensor.’