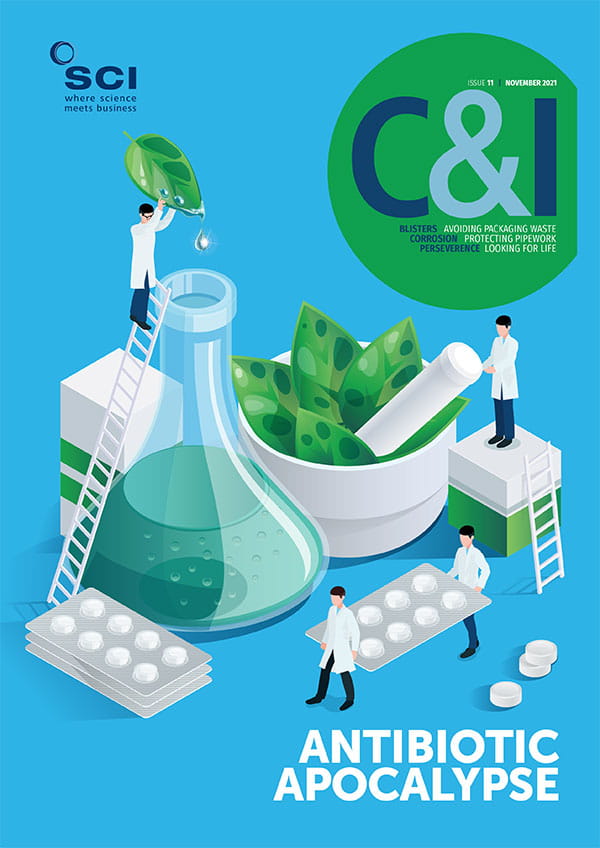 Corrosion costs the oil and gas industry tens of billions of dollars each year. Existing solutions are effective but can be toxic to the environment. However, a range of green options are in development, reports Jasmin Fox-Skelly

From pipelines to drilling platforms, the oil and gas industry relies heavily on steel structures, often placed in harsh and difficult-to-reach environments. Corrosion is a big challenge, costing the industry billions of dollars each year in prevention and maintenance. However, it is money that needs to be spent – rusted pipes pose a high risk of failure, making oil spills, explosions or deadly fires a real possibility.

‘I would say that corrosion is the biggest challenge facing the oil and gas industry, as there is so much steel in the pipes, in the vessels, and in all of the infrastructure,’ says Jonathan Wylde, Head of global innovation at Clariant Oil and Mining Services.

Saltwater, brine and rain exacerbates the problem on the outside. But steel can also be attacked from the inside, as pipelines transport fluids containing highly corrosive gases such as carbon dioxide, hydrogen sulfide, and oxygen. ‘You are dealing with a very corrosive environment,’ explains Wylde. ‘The fluids and gases that are produced are hot, salty and acidic. They can be so corrosive that you can lose inches of pipe wall thickness in a year.’

Traditionally there are three approaches that companies can use to protect infrastructure. One option is to build pipes out of a corrosion resistant alloy. However, that is prohibitively expensive. Most pipes are therefore built from low grade carbon steel.

A second option is called cathodic protection, which involves inserting big blocks of zinc into the outside of the carbon steel pipeline. The zinc preferentially corrodes over steel, protecting the pipeline within. Cathodic protection is standard in offshore pipes on the seabed or in trenched pipes onshore.

A third, and widely used method, is to paint the outside of the pipes with a protective coating. However, current coatings can be extremely harmful to the environment. Most contain solvents and volatile organic compounds (VOCs) that can be released into the atmosphere during the drying process. Once VOCs are released into the atmosphere, they break down into harmful peroxides and ozone. What’s more, coatings do not biodegrade and can accumulate in the environment where they pose a risk to aquatic life.

For that reason, companies are looking for new, environmentally sustainable solutions to corrosion. ‘There are very specific legislations around the world governing what products oil and gas companies can use to protect their infrastructure from corrosion’ says Wylde. for instance, in the North Sea where there are stringent regulations, operators use very responsible chemistry, compared to less regulated parts of the world.’

8707km
Rapid corrosion is especially problematic, as the pipelines that transport oil and gas around the world can extend for thousands of miles. The longest, the West-East Gas Pipeline in China, is 8707km long.

Cathodic protection involves inserting blocks of sacrificial zinc into the outside of a carbon steel pipeline. The zinc preferentially corrodes over steel, protecting the pipeline within.

Corrosion inhibitors usually contain a blend of up to five compounds. Each has a positively charged head group that grabs or adsorbs onto the negatively charged metal surface. A long hydrocarbon chain repels water and other corrosive fluids, preventing them from coming into contact with the metal surface.

‘The corrosion happens because of water, so if there is no water there is no corrosion,’ says Nihal Obeyesekere, Head of global innovation integrity management, Oil and Mining Services at Clariant.

Clariant is developing a suite of environmentally friendly corrosion inhibitors that it hopes to apply across all its operations. Like imidazoline and other corrosion inhibitors, Clariant’s products contain a positively charged head and long hydrocarbon chain. However, unlike imidazoline, which is a nitrogen-based surfactant, Clariant’s products are formed from natural sugars and peptides. These degrade naturally in the environment and are harmless to fish, plankton and other aquatic organisms.

For instance, one product uses a blend of compounds containing sugar as a positively charged head, and coconut oil as the hydrophobic tail.1 A second, yet to be published formulation, is based on a naturally sourced hair conditioning agent. 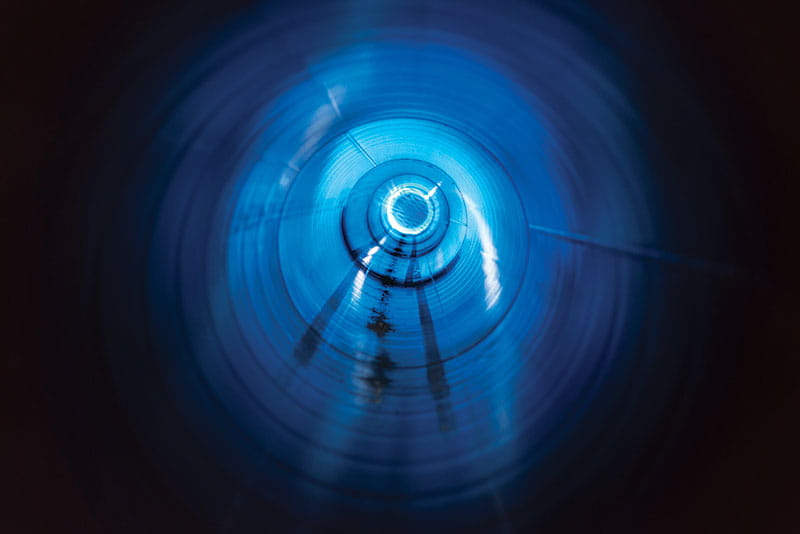 ‘We’ve taken a chemical that normally adsorbs to hair and tweaked its properties so that it preferentially sticks to metal,’ says Wylde. ‘The most important thing about these two chemicals is that they are environmentally benign, and they work very well as corrosion inhibitors,’ says Obeyesekere.

Clariant isn’t the only company looking at developing natural corrosion inhibitors. Researchers have also developed inhibitors using banana peel extracts. For instance, in one study researchers took extracts from the banana plant Musa sapientum.2 They then reacted the extracts with iron (II) chloride (FeCl2) to form nanoparticles. The nanoparticles were able to inhibit the corrosion of steel in the laboratory by 94.4%.

You are dealing with a very corrosive environment. The fluids and gases that are produced are hot, salty and acidic. They can be so corrosive that you can lose inches of pipe wall thickness in a year.
Jonathan Wylde Head of global innovation, Clariant Oil and Mining Services

‘The world is running out of easy access oil, and we are drilling in hotter, deeper and more aggressive environments,’ says Wylde. For instance, temperatures at one of Shell’s deep-water offshore developments, Appomattox, reach 200°C. However, perhaps the biggest hurdle the industry needs to overcome is cost efficiency – currently imidazoline is about $0.50/kg – and so it can be hard for natural products to compete.

‘Imidazoline has been around [as an anti-corrosive] since the 1970s. So, it’s very established and a lot of work has gone into making it efficiently,’ says Wylde. ‘When you compare a non-agricultural competing sugar as a feedstock versus a petrochemical feedstock that has been around for decades there is definitely a challenge there.’

However even here, there are signs attitudes are changing. ‘There was a time when our industry would always go for price over the environment, but I think that mentality is changing,’ says Obeyesekere. ‘Now even if a green chemical is more expensive many of our clients will consider it.’

70%
The anti-corrosion agent Lawsone is found in henna extracts. A coating derived from it inhibits corrosion by 70%, compared with controls.

To protect the inside of pipes, corrosion inhibitors are injected at source. Inhibitors form a film that coats the inside of the pipe, providing a physical barrier against the corrosive fluids within.

As well as sustainability, another problem facing the oil and gas industry is the limited lifetime of coatings. This is complicated by the unpredictable nature of corrosion. ‘Corrosion can occur slowly and evenly, but sometimes it can occur very suddenly at one location,’ explains Philip Withers, Regius Professor of Materials at the University of Manchester, UK. ‘This faster runaway style of corrosion can lead to rapid thinning of pipeline walls, or the creation of stress corrosion cracks, which can grow over time leading to catastrophic failure.’

This rapid corrosion is especially problematic, as the pipelines that transport oil and gas around the world can extend for thousands of miles. The longest, the West-East Gas Pipeline in China, is 8707km long.

As it is not always possible to know when and where corrosion will occur, companies have to be cautious and apply coatings very frequently. ‘Existing coatings protect the whole surface, but if you have a scratch, the site is suddenly exposed and you can get localised corrosion at that point,’ says Withers.

In 2018, Sottos’ team announced they had developed a smart coating based on Lawsone (2-hydroxy-1,4-napthoquinone), an extract of the henna plant.4 Lawsone is a known anticorrosion agent. It works by grabbing onto local metal ions and forming a complex that adsorbs onto the underlying steel surface. This essentially forms a protective barrier, preventing further corrosion.

However, instead of applying Lawsone directly, Sottos’ team encapsuled it within tiny polymer beads just 1µm thick. The beads, which also contain a carrier solvent (hexyl acetate), are then mixed into a water-based epoxy coating. The resulting coating contains no VOCs and is claimed to be more environmentally friendly than most commercial coatings.

What is ingenious about the coatings is that the Lawsone remains hidden and completely passive until mechanical damage ruptures the capsules, releasing the contents. The agent then fills gaps caused by the damage and seals the coating, preventing the exposure of the steel and halting the process of corrosion. Tests show that the coating inhibits corrosion by 70%, compared with controls. Sottos is now working on expanding the range of damage these coatings can act against by developing microcapsules that will respond to changes in external stimuli, such as pH changes that occur when corrosion takes place.

Another area under investigation at ICAM is the creation of smart coatings with the ability to communicate when corrosion has taken place, allowing for more targeted repairs. For instance, the capsules could release a dye that signals the location of damage.

Either way, the ability to target repairs to precise locations when and where they are needed could be a game changer for the oil and gas industry, saving companies millions of dollars.

Corrosion of structural materials is not just a problem for oil and gas companies, but also in other sectors, including those we need to help us move towards net zero carbon emissions, such as nuclear fission, wind energy and electric transport.

‘Over a billion tonnes of steel are produced every year, and most of that steel is corroding from day one,’ says Withers. ‘Think of the benefits if we can improve the lifetime of our steel products.’

Until now, one factor that has limited the development of new corrosion inhibitors is our fundamental lack of understanding of how and when corrosion occurs. The Preventing Surface Degradation in Demanding Environments project, led by Philip Withers aims to change this. It brings together researchers from BP, The University of Manchester, Imperial College London and the University of Cambridge.

‘We are going back to basics and looking at the fundamentals of what causes corrosion,’ explains Withers. ‘Why does it occur in some places and not others? What causes a corrosion film to develop, and what makes that film unstable? By doing that we will be able to develop new alloys and new coatings that are more durable.’

In the past, to monitor corrosion researchers would have to cut up a sample of steel into sections and examine it to see how much of the material has been lost. However, Withers’ team uses high power X-ray scanners to view corrosion taking place in real-time. The technology allows scientists to see what happens at the very earliest stages of corrosion, when corrosion films are just a few atoms thick. It also allows them to see first-hand how corrosion inhibitors actually work. The team is currently trialling different additives and monitoring their performance at the atomic scale. Results so far suggest that the way that corrosion crystals grow is vital to the stability of the film.

‘When corrosion coatings form, if they are stable, they can actually protect the material because the film provides a barrier,’ says Withers. ‘However, if they are unstable, they tend to break down and lead to localised corrosion and pitting. Corrosion inhibitors can change the shapes and orientation of the crystals as they grow on the metal surface. That is a big game changer for the industry,’ says Withers.