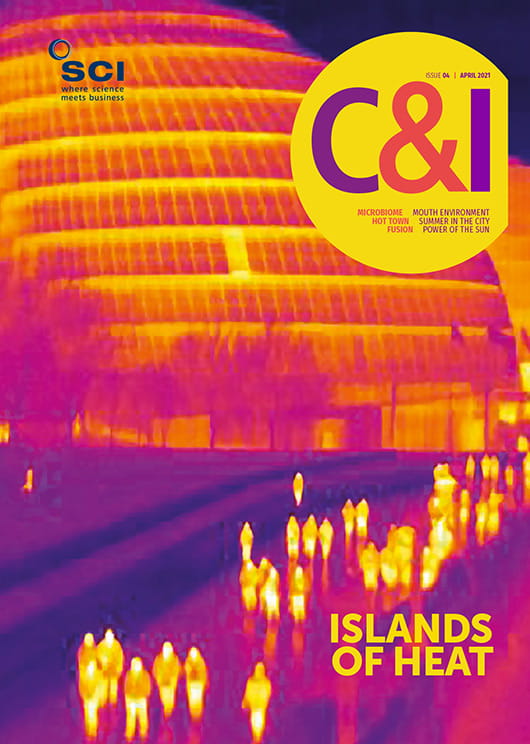 Munich Olympic Stadium, Brisbane’s Kurilpa Bridge, pangolin scales and Kenneth Snelson’s artwork X-Piece all have something in common. They are all – loosely – based on a structural design feature called tensegrity.

Now, researchers have used the same concept to fabricate a new ultra-lightweight and crushable metamaterial, which resists localised damage that could lead to catastrophic failure. (Adv. Mater., doi: 10.1002/adma.202005647). The material could have applications in impact protection systems and adaptive load-bearing structures, say the researchers.

‘Tensegrity structures have been studied for decades, particularly in the context of architectural design, and they have recently been found in a number of biological systems,’ said Lorenzo Valdevit, professor of materials science and engineering at the University of California, Irvine, US, (UCI) who co-led the research. ‘Proper periodic tensegrity lattices were theoretically conceptualised only a few years ago, but through this project we have achieved the first physical implementation and performance demonstration of these metamaterials.’

Researchers at UCI collaborated with aerospace engineers at Georgia Institute of Technology, US, who were investigating the structures used in planetary landing vehicles. They had discovered that tensegrity-based vehicles could withstand severe deformation of individual components without collapsing, something never observed in other structures. ‘This gave us the idea of creating metamaterials that exploit the same principle, which led us to the discovery of the first-ever 3D tensegrity metamaterial,’ explained Julian Rimoli, professor of aerospace engineering at Georgia Tech.

Starting with 950nm-diameter ‘struts’, or members, the team used a sophisticated direct laser writing technique to generate elementary polymer-based cells sized between 10 and 20µm. These were built up into eight-unit supercells of edge length 120µm that could be assembled with others to make a continuous structure.

At present, the direct laser writing technique can only be used to prepare small volumes of material. ‘1mm3 is a lot,’ says lead author, UCI’s Jens Bauer, adding that ‘our findings are independent from scale and well translate to higher throughput 3D-printing methods like stereolithography and direct laser plotting.’

Researchers subjected the tensegrity metamaterial to compression-based stress testing, where it exhibited a 25-fold improvement in deformability and an orders-of-magnitude increase in energy absorption, compared with state-of-the-art lattice structures. Effectively, the metamaterial can be squashed without being broken. The lowest density structures experimentally tested had only 4 vol% solid material, meaning they were composed of 96% air.

‘In familiar nano-architected materials, failure usually starts with a highly localised deformation,’ says Bauer. He explained that truss lattices begin to collapse when compressive members buckle, since those in tension cannot. Typically, these parts are interconnected at common nodes, meaning that once one fails, damage can quickly spread throughout the entire structure. In the tensegrity structures, however, compression elements are isolated from each other, preventing propagation of catastrophic damage.