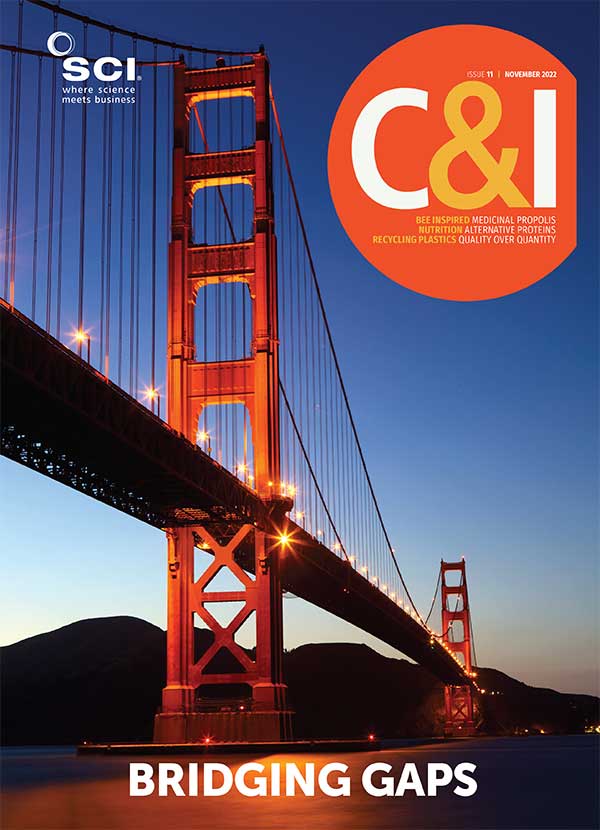 Propolis produced by bees is touted as a medicinal treatment for conditions from diabetes to mouth ulcers. But is the hype justified? Jasmin Fox-Skelly reports

Propolis is a resinous, waxy substance used by bees to line and seal gaps in their hive. However, propolis doesn’t just serve as a building material – it also has medicinal properties that help protect bees from infection. Bees in colonies that produce more propolis are healthier and live longer, and propolis has been shown to have antibacterial, antifungal, anti-inflammatory, antioxidant, immunomodulatory, antiviral and anticarcinogenic properties.

Perhaps not surprisingly, propolis has been used for thousands of years as a health supplement. The ancient Greeks, Romans, and Egyptians were aware of its healing properties and Hippocrates is thought to have applied it to wounds and ulcers. Soviet doctors used it to treat tuberculosis during World War 2, and it was listed as an official medicine in 17th-century Britain.

Fast forward to today, and you can find propolis listed as an ingredient in products from body lotion to toothpaste. However, until recently there was very little scientific evidence supporting its use. This is beginning to change, with a whole host of studies looking at whether it could alleviate conditions from diabetes to respiratory tract infections, asthma and chronic kidney disease.

Anant Paradkar, a professor of pharmaceutical engineering at the University of Bradford has worked with propolis for more than 20 years. He has a long-standing collaborative relationship with James Fearnley of the Whitby-based company Nature’s Laboratory, whose products also include a fortified milk containing propolis for the South Korean market, and BGel used to treat mouth ulcers.

‘Where propolis is well proven is oral health,’ says Paradkar. ‘It can be used to treat halitosis, infections and ulcers, and there are numerous toothpastes containing propolis, as well as liquid drops.’

However, the problem is that to feel the benefits, you need to retain propolis in the mouth for a long time, and all these formulations wash out really quickly. ‘What I did was I developed a gel you can apply to the roof of your mouth. It forms a coat which remains there for a longer period of time’, says Paradkar.

Now Paradkar is leading a two-year study to explore how propolis can be used to develop new health products, including food supplements and topical gels. One of the challenges is how to deliver propolis where needed in the body – to target it past the skin, the stomach and even the blood brain barrier. One of the main issues is bacteria’s tendency to clump together to form a biofilm, a gooey protective layer that is hard to penetrate. Biofilms represent one of the greatest challenges to treating infections worldwide.

30%
Patients taking propolis for 12 months had 30% lower levels of proteinuria – a biomarker associated with poor renal function – in their blood than in those receiving a placebo.

Daily use of propolis could alleviate the inflammatory response in HIV patients on long term antiretroviral therapy. One study found that taking 500mg/day of propolis led to an anti-inflammatory blood ‘profile’.

‘We can kill one bacteria easily, but when they come together as a colony, they secrete polysaccharides that form a protective film,’ says Paradkar. His team at Bradford University is designing a gel that digests and breaks down the outside biofilm layer, allowing propolis to enter. Once inside the biofilm, propolis contains a chemical that inhibits quorum sensing, a complex communication system bacteria use to initiate biofilm production.

A second product Paradkar is working on is a propolis patch that can be fixed to the roof of the mouth. Once there it stays for a couple of hours and slowly releases the drug. The patch could also be placed on a wound. ‘This is something we are currently in the process of scaling up, and we hope by next year to be on the market,’ he says.

Meanwhile, other researchers are also looking at whether propolis could be used to treat kidney disease and even Covid-19. At the International Propolis Research Group (IPRG) 2022 conference, Andresa Beretta, R&D Head of Apis Flora, the largest propolis manufacturer in Brazil, presented the results of two clinical studies with propolis. In the first trial, chronic kidney disease patients were given 500mg/day for 12 months. The results showed that levels of proteinuria, a biomarker associated with poor renal function, reduced after six months of treatment, improving the condition of patients with chronic kidney disease.1 After 12 months patients taking propolis had 30% lower levels of proteinuria in their blood than those receiving a placebo.

In the second trial, 82 Covid-19 patients also received treatment with propolis alongside standard hospital treatment. The hospitalisation time of Covid-19 patients treated with 400 and 800mg/day of propolis was reduced to seven and six days, respectively, compared to 12 days for the control group of patients.2 Although scientists don’t know exactly how propolis mitigates the effect of Covid, one theory is that active ingredients in the bee resin prevent SARS-CoV-2, the virus that causes Covid-19, from entering cells and replicating.

Another theory is that propolis could block and inhibit an enzyme called PAK1, which is over expressed by Covid-infected cells. PAK1 causes lung inflammation and fibrosis, and suppresses the adaptive immune response, facilitating viral replication.

Propolis can be useful in complementary medicine to restore the immunity of people living with HIV and to prevent the inflammatory response.
José Maurício Sforcin Sao Paulo State University, Brazil

Despite the benefits of antiretroviral therapy (ART) for HIV and AIDS, prolonged use can lead to oxidative stress. This leads to ‘inflammaging’ – a phenomenon characterised by inflammation and premature ageing frequently observed in people living with HIV/AIDS.

‘ART is an incredibly effective treatment for HIV, as patients taking it have no detectable viral load and cannot pass the virus on to others’, says José Maurício Sforcin, a biologist working at Sao Paulo State University in Brazil. ‘However, patients have to take the medication their entire lives, so over time the inflammation leads to other conditions you wouldn’t normally see in people under 60 or 70 years of age’.

These conditions, including cardiovascular disease, diabetes, liver and kidney disease, bone disorders and cancers are now the leading cause of death amongst people living with HIV.

Sforcin conducted a trial to see whether daily use of propolis could alleviate this inflammatory response.3 The double-blind study enrolled 40 virologically suppressed patients currently taking ART, half of whom received 500mg/day of propolis and versus the other half who received a placebo. Blood samples and medical records were collected at two periods of time, before and after three months of intervention.

The results showed that taking propolis every day led to an anti-inflammatory blood ‘profile’, particularly amongst people who maintained high levels of CD4 cells. CD4 cells, also known as T cells, are white blood cells that fight infection and play an important role in your immune system, mostly by communicating with other immune cells. Unfortunately, HIV attacks and destroys CD4 cells, stopping the immune system from fighting off infections. For this reason, a person’s CD4 count is often used to see how at risk they are from complications, as well as how well their medication is working.

In the trial, after three months of taking propolis a positive correlation emerged between a person’s CD4 count and the amount of interleukin-10 (IL-10) they produced. IL-10 is a cytokine, a type of protein secreted by immune cells in the body. Some cytokines stimulate the immune system, causing inflammation, while others suppress it. IL-10 is of the latter category and reduces inflammation, partly by suppressing the synthesis of other, pro-inflammatory cytokines. This was a finding borne out by the trial, as people with higher levels of IL-10 produced lower amounts of IFN-γ, an inflammatory cytokine.

Interestingly, propolis also increased levels of a protein called Foxp3, known to switch on genes that in turn ramp up production of T regulatory (Treg) cells. Treg cells promote immune tolerance by suppressing the function of other immune cells and have a key role in lowering inflammation. So what does all this mean?

‘HIV infection, coupled with long term reliance on antiretroviral therapy promotes a profound imbalance in the immune response of patients, leading to a pro-inflammatory state and reduction of Treg cells,’ says Sforcin. ‘The loss of these cells causes other immune cells to become increasingly dysfunctional during chronic HIV infection.’

‘Our results indicate for the first time that daily propolis intake is able to restore cell activity in people living with HIV under ART, by inducing the proliferation of T cells and favouring an anti-inflammatory profile. Thus, propolis can be useful in complementary medicine to restore the immunity of people living with HIV on ART and to prevent the inflammatory response.’

Challenges in bringing propolis-containing drugs or nutritional supplements to market include a lack of consistency. Propolis is a natural product made by bees and cannot be manufactured in a laboratory. Its ingredients differ depending on the geographical location of the hive and it can also become contaminated with pollen and local allergens from the region where it was produced.

However, despite the huge potential of propolis to treat inflammation along with other conditions, there are still challenges in bringing propolis-containing drugs or nutritional supplements to market. One issue is that of consistency. Propolis is a natural product made by bees and cannot be manufactured in a laboratory. That means that its ingredients differ depending on the geographical location of the hive. As a natural product, it can also become contaminated with pollen and local allergens from the region where it was produced.

Another issue is of sustainability. Bee populations are rapidly declining around the world due to habitat loss, pollution and the use of pesticides. Colony Collapse Disorder, whereupon the majority of worker bees in a honeybee colony disappear, is on the rise. So is it ethical to take propolis from bees when they need it to protect their hives?

‘The way that propolis is harvested is we artificially increase the size of the hive so that bees work harder to produce more propolis for us, so we do not take propolis from existing hives’, says Paradkar.

Nevertheless, there are also manufacturing hurdles to overcome too. As with many polyphenols and other antioxidants, Paradkar notes that one of the major problems with propolis is that it is insoluble in water. ‘A second issue is that polyphenols have a tendency to form complexes with metal ions, so natural propolis contains lead. Government regulations on lead content mean that you cannot use natural propolis as it is, so you must extract the lead using alcohol and organic solvents. This is a costly process, it’s not great from an environmental point of view, and some of the beneficial compounds are also lost.’

So what exactly is propolis? A mix of bee saliva combined with beeswax and compounds collected from nearby plants and trees, the exact composition varies regionally, as bees source ingredients from plants located close to their nests. Hundreds of constituents have been identified, including polyphenols, flavonoids, esters, tannins, terpenoids and phenolic compounds.