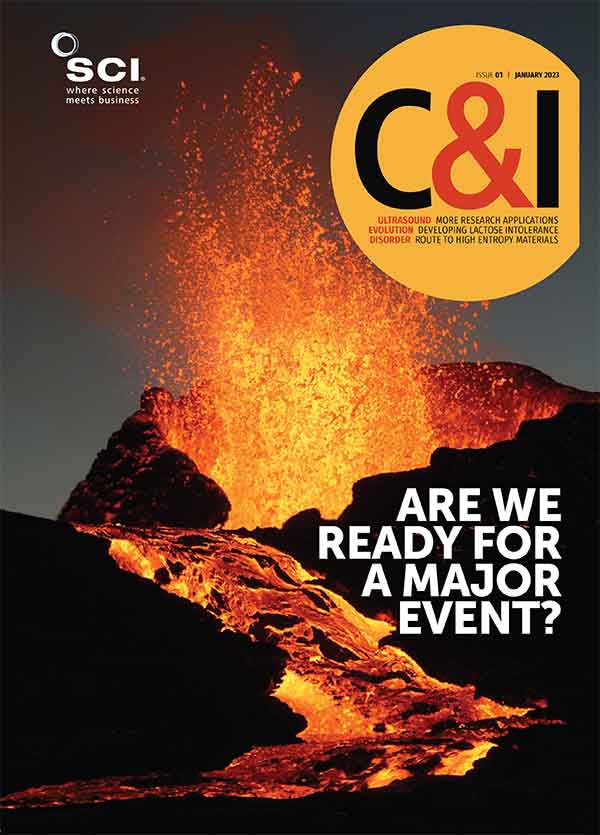 Scientists have identified a sensor for controlling CO2 uptake by plants – a discovery that could help to engineer crops for better productivity or drought tolerance.

Stomata are pores on the surface of terrestrial plants that control their uptake of CO2 – around 130Gt/ year. Scientists have long puzzled over the mechanism that controls stomatal opening or closing depending on atmospheric CO2 concentrations. ‘This has been one of the big questions in plant biology over the past ten years,’ says plant scientist Hannes Kollist at the University of Tartu, Estonia, who contributed to the new study.

While the carbon in CO2 is essential to make sugars from photosynthesis, stomata are also conduits for water vapour and oxygen release. ‘Stomata are a sort of double-edged sword,’ says plant scientist Keiko Torii at the University of Texas at Austin, US, ‘because they are important for growth, but can also lose moisture or allow pathogens to enter.’ Control over their openings is therefore a balancing act.

‘This sensor is made up of two proteins that are predominantly expressed in guard cells that surround each stomata,’ says Julian Schroeder at the University of California San Diego, US, who led the research. 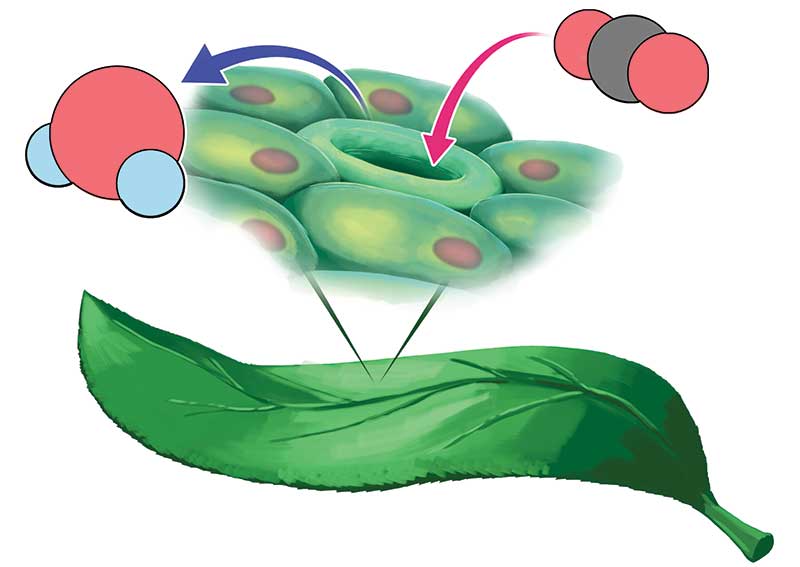 Previously, CO2 has been shown to dissolve inside guard cells that regulate stomata opening, before being converted to soluble bicarbonate by carbonic anhydrases. Now, researchers have shown that HCO3 – water-dissolved bicarbonate – stimulates the interaction of two protein kinases: MPK12 and HT1. This in turn blocks the activity of a protein receptor, HT1 (high leaf temperature 1), leading to stomatal closure (Science Adv., 2022, 8, eabq6161).

Stomata can open and close within minutes, although closure is generally faster. Kollist compares this to deflating a balloon – ions and water exit the guard cells, clamping the pore shut.

The discovery has practical applications. With a growing human population and pressure on water availability, ‘we need to develop crops that would be more efficient in their water usage,’ says Kollist. ‘This mechanism provides tools to regulate how efficiently plants use water.’

It has already been used to improve tomatoes and is now being applied to barley. ‘We have used Crispr-Cas [gene editing] technology to modulate some of these proteins involved in CO2 sensing,’ says Kollist – significantly improving water use efficiency.

Gene editing might also help crops better deal with higher atmospheric levels of CO2, which otherwise might encourage them to shut their stomata and reduce intake of carbon for photosynthesis.

‘This paper solves one of the key remaining puzzles around stomata, with an impressive level of molecular biochemistry detail,’ says Torii, who was not involved in the research. ‘They pinpoint the key amino acid residues of two sensor proteins needed to bind together upon exposure to elevated CO2. This in principle means you could design the protein in order to modulate the strength of the interaction [between the kinases].’

Applied to a crop, this would allow gene editing of the plant in such a way that it shut its stomata at higher CO2 concentrations, which in theory could allow for productivity gains in response to raised CO2 levels.