Next generation materials for energy technology

Low-cost thermoelectric materials and the benefits of sodium-ion batteries were just two of the topics discussed on the first day of the Materials for energy technology conference.

Two topics featured prominently on the first day of the conference: batteries and thermoelectronics, with talks delving into battery technology, the intricacies of material choice, formulation, scale-up, and sustainability. The sustainability implications of cutting vehicle emissions through the electrification of the transport sector were discussed, and various aspects of the full life cycle – from cradle to grave – were analysed. Other talks investigating the use of thermoelectronics focused on utilising abundant waste energy (66% of primary energy sources), enhancing thermoelectric performance and further elucidating the benefits of developing low-cost thermoelectronic materials from common mineral sources to convert waste heat into electricity for use in the developing world. 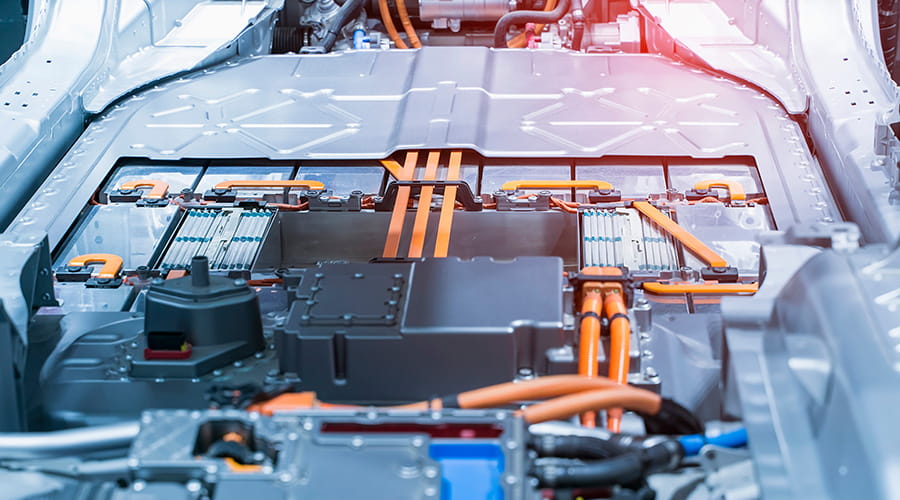 Much of the discussion revolved around device materials and that basing material choice solely on performance, although clearly a major driver within the industry, should not be the only consideration. Several talks brought together the more complete and nuanced idea that simply improving existing state-of-the-art lithium-ion (Li-ion) technologies would not be sufficient to tackle some of the wider issues concerning sustainable manufacturing.

Instead, there was a clear consensus both within academia and industry that transitioning to sodium-ion (Na-ion) technologies could support this goal. Na-ion batteries are documented to achieve high energy densities comparable in part to Li analogues and also bring sustainable benefits. For example, no harmful by-products are associated with Na mining and Na itself is a more abundant and available resource. In his talk, Dr Seyyed Shayan Meysami also explained how Faradion Ltd is able to commercially produce Na-ion pouch cell batteries of comparable performance to Li-ion cells. An interesting counter-argument was, however, posited by Dr. Meysami, that the low cost of Na could itself undermine the incentive to recycle. Consequently, it would still be necessary to optimise the performance of Na-ion batteries to offset the carbon footprint over the battery’s lifetime.

Much deliberation centred on materials choice for improving battery performance. For example, electrolyte additives, like the nanozeolites proposed by Emma Kendrick, were documented to improve battery capacities. Furthermore, a major drawback within Na-ion batteries is the presence of water, but it is postulated that the incorporation of nanozeolites aids the stabilisation of the solid electrolyte interphase layer by acting as a water scavenger. Alternatively, Daniel Atkinson of Warwick Manufacturing Group, presented data regarding the utilisation of carbon nanotubes within battery slurries, enabling the reduction of binder and carbon content to 1% each, facilitating a move towards 98% total active material.

Furthermore, the shear thinning profile and rheological properties of the slurry could be tuned depending on the type of nanotubes incorporated. Both Cameron Day of William Blythe Ltd, and Daniel Atkinson further stressed the importance to move to water-based components such as styrene-butadiene rubber binders as opposed to polyvinylidene fluoride; this alleviates the requirement to use N-methyl-2-pyrrolidone, a particularly nasty and energy-intensive material currently used in the battery formulation process. Active materials were also the subject of further scrutiny, with Cameron Day presenting work using graphene oxide-coated CuO as a way to improve cycle life within graphene-based anodes.

From the discussion, it was clear that innovation is flourishing outside of more traditional Li/Na-ion boundaries, with several talks outlining development work in the area of Li-S and solid-state batteries. The latter, in particular, is the subject of investigation by Dr Glenn Lamming, from the Centre for Process Innovation, who is looking instead at an alternative to the wet coating techniques used to mass produce battery electrodes and seeking to develop a 3D printed alternative for solid-state batteries. As goes with the territory, the restrictive demands for both 3D printing and batteries requires unusual material choices and the evaluation of alternative technologies such as gel polymer electrolytes. 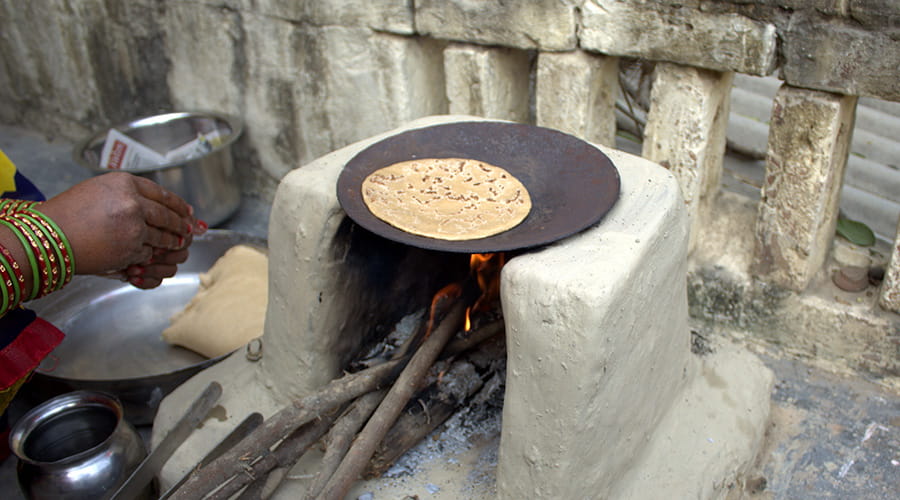 Could waste heat from cookstoves be used to provide off-grid power to homes in India?

The utility of thermoelectronics was further discussed as an alternative energy technology. Given the vast quantity of heat rejected in both residential and industrial settings, it would be beneficial to convert this thermal waste into electrical energy. Both talks on the subject reinforced that the principle barrier to the widespread adoption of thermoelectronics is the high cost-per-watt of electrical energy produced. As such, finding more suitable energy materials was paramount to increasing the efficiencies from both a performance and cost perspective.

Dr Sahil Tippireddy of the University of Reading focused on the requirement for suitable n-type materials to complement the high performing p-type mineral based materials that have been developed and presented work in which Cr3+ was substitutionally doped into a CuFeS2 material. The work is making good progress and was complemented well by Dr Shriparna Mukherjee, also of the University of Reading, who has undertaken doping studies to optimise the charge carrier concentration and, consequently, thermoelectronic performance.

The use of chemical substitution to manipulate electrical and thermal transport properties could lead to affordable, mineral-based Cu-S materials for thermoelectric generators. Harnessing the waste heat from a chulha (Indian cookstove) to provide off-grid power to homes in India was mentioned as one potential application.

Keep an eye out for the second part of the Materials for energy technology conference report later this week.