Since 1985 around 80 scholarships have been awarded which have not only given the recipients financial assistance, but have enabled them to broaden their network, and strengthen their skills and knowledge. SCI Scholars receive access to publishing and mentoring opportunities and are given a platform to present their work amongst esteemed scientists and industrialists, raising their profile within the scientific community.

We are delighted to announce that Angus Pedersen, from Imperial College London, has been awarded an SCI Scholarship of £5,000 over two years to support his PhD project.

In addition to the scholarship, Angus will benefit from publishing opportunities, access to a high-calibre network to help launch his career, and opportunities to present his work and raise his profile within the scientific community. 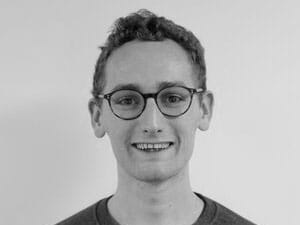 Here Angus tells us about his work:

'I received my M.Eng. in Chemical Engineering with industrial placement (Clean Water Innovation at Thames Water) from the University of Bath in 2019. During my M.Eng, I completed an overseas research project on phase change materials at the University of Auckland.

'Based on this experience, I chose a Ph.D. based in the Advanced Characterisation of Materials Centre for Doctoral Training at Imperial College London, under the supervision of Prof. Maria-Magdalena Titirici and Dr. Ifan E. L. Stephens. As part of the Centre, I am also supervised by Prof. Dan J. L. Brett and Dr Rhodri Jervis at University College London.

'To understand the active site structure, I have developed experience in multiple ex-situ advanced characterisation techniques including; Time-of-Flight Secondary Ion Mass Spectrometry, Electron Paramagnetic Resonance and X-ray Photoelectron Spectroscopy. With further understanding from operando characterisation studies (which include X-ray Absorption Spectroscopy, Inductively Coupled Plasma Mass Spectrometry and Mössbauer Spectroscopy), my aim is to improve the activity and stability of Iron in Nitrogen doped Carbon oxygen reduction electrocatalysts to enable replacing those based on Platinum-group metals. I am also beginning to investigate how similarly developed catalysts can selectively electrochemical convert CO2 to value-added products, such as CO or C2H4.'