Deepak Dwivedi was awarded a Rideal Travel Bursary to attend overseas training at the BP Institute, University of Cambridge, UK. Here, he tells us about his research and the different sets of experiments that he undertook.

‘I have carried out different sets of experiments at Cambridge University which can potentially be divided into following segments:

‘(1) Magnetic force microscopy: (a) We have developed new method of in-situ detection of nanoscopic nucleation of corrosion phases based on the magnetic field of the phases. We have confirmed the role of perlite phase in the nucleation of corrosion phases. We have also detected the role of interface between ferrite and pearlite in the nanoscopic corrosion phenomenon. Nanoscopic corrosion phase evolution kinetics was also observed and method was developed for in-situ phase kinetics observation using MFM. This one is unique method and to the best of our knowledge, has not been used before.

Expected outcome/publication: We have already data from synchrotron and neutron scattering and XRD. We aim to corroborate these data with the obtained MFM data in order to make the paper publishable.

(b) We have also used MoS2 nanosheet as corrosion inhibitor but the film was not protective enough and therefore decided to drop this one from the designed study.

‘(2) Quartz crystal microbalance (QCM): Nano-film formation of nanoparticles such as hematite (Fe2O3), magnetite (Fe3O4) and lepidocrocite (FeOOH) on stainless steel (AISI 316L) and carbon steel (AISI 1020) crystals (supplied from manufacturer) have been studied using QCM and first time, we are able to demonstrate that (1) the nanoparticles such as Fe2O3, Fe3O4, FeOOH with dodecyl pyridiniumchloride (DPC) films were less stable than the nanoparticles with sodium dodecyl sulphate (SDS). (2) It is also noticed that SDS forms compact and adhere (coherent) film on stainless steel than DPC which was earlier unknown to industries. Earlier methods used were AFM scratching, however, film formation studies on carbon steel and stainless steel using AFM is tedious and therefore the method developed by us using QCM has worth for industry as well.

Expected publication: We have studied these systems using SANS (small angle neutron scattering) and will be corroborating data together with these results. 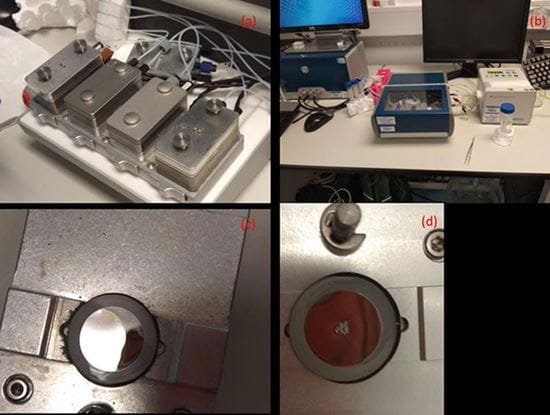 ‘(3) Transmission X-ray microscope (TXM): We have sent samples to HZB, Berlin, Germany and this study is on-going. Expected outcome will establish a new method for studying nano-film formation kinetics (with 1 nm spatial resolution). 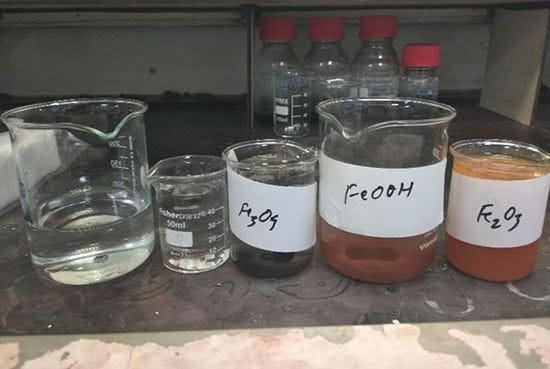 ‘I am thankful to SCI, London UK for Rideal travel bursary and confirm that support would be acknowledged in upcoming publications wherever this data will be used.’