Review: A Celebration of 25 Years of Scientific Excellence

The 25th Joint Annual Conference of the Society of Chemical Industry SCI Chinese UK Group and The Chinese Society of Chemical Science and Technology in the UK (CSCST-UK), was held at University of Manchester from 6 to 7 September 2018. The conference was supported by SCI, the Education Section of Chinese Embassy in London and the University of Manchester.
Dr Weiping Wu, Chair of SCI Chinese UK Group

The theme of the conference was ‘A Celebration of 25 Years of Scientific Excellence’. We are celebrating the great success made in the past 25 years, and we are delighted and proud that we have been supporting the community and offering network opportunities for such a length of time. The long-standing tradition of the SCI-CSCST Annual Conference dates back to the inaugural conference in 1994 that was held in London. Since then, the CSCST community has continued to grow and further contributed to the various fields of chemical sciences and engineering in the UK and worldwide. 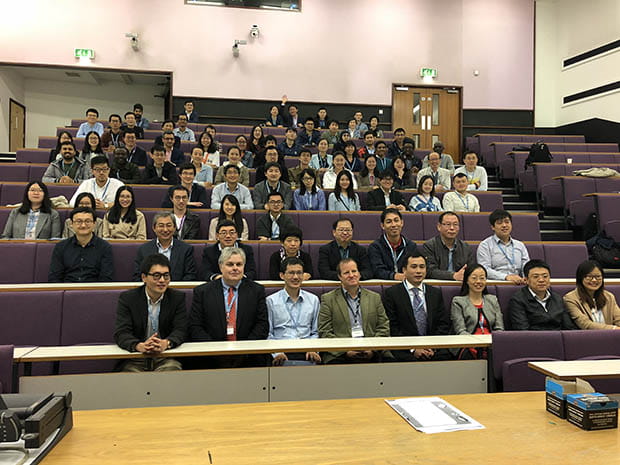 In the 25 years of collaboration with SCI – itself having a rich history dating back to 1881 – and the foundations of the SCI Chinese UK Group, we also created a platform to enable the development of links between fundamental and industrial practice and applications, delivering real impact to contribute to the growth of the UK economy. We are very proud of our contribution to the science and engineering sectors.

The themes of the 25th SCI-CSCST conference covered both the latest methodological developments as well as the many emerging applications of chemical engineering, surface chemistry, energy, and materials science. Around 110 researchers registered for the conference, including researchers and industry experts from the UK, Ireland and mainland China.

Dr Jiawei Wang, President of CSCST, gave a talk on the CSCST-UK and reviewed the history of CSCST-UK with past annual conferences and photos. Ian Bradshaw introduced SCI, how the organisation can support researchers, industry communities and young students, as well as how to join SCI as a member. 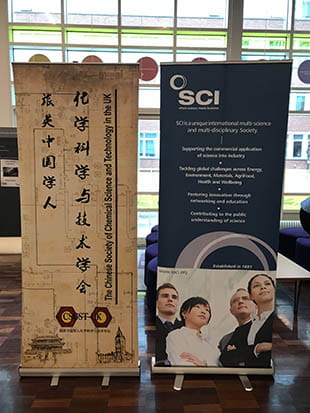 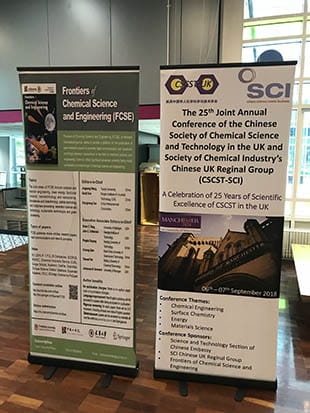 The two-day conference was a great success, with 22 high-quality talks together with 36 posters from early career researchers. Prof Martin Schröder, Vice-President of the University of Manchester and Dean of the Faculty of Science and Engineering, gave the plenary talk on ‘Metal-organic framework materials: the supramolecular chemistry of selectivity’. Following that, all the delegates sitting together and had group photos. Following that, the conference continued in parallel in two themes. Session one on the first day focused on advances in chemical engineering and was chaired by Dr Jie Li from the University of Manchester. The following session featured materials science was chaired by Dr Ben Xu from Northumbria University. In the afternoon, Prof Zhibing Zhang, Deputy Director of the China Institute at the University of Birmingham, gave another plenary talk on ‘Microencapsulation for high-value chemical products – successful industrial applications and new challenges’.

On the second day, there are two plenary talks, the first one was given by Professor Jianliang Xiao, from the University of Liverpool, on ‘Molecular catalysis for sustainable chemical synthesis’. Session one on the second day revolved around energy and was chaired by Dr Chenyu Du from the University of Huddersfield. A session on surface chemistry followed and was chaired by Dr Bo Xiao from Queen’s University Belfast. Prof Sheng Dai from Newcastle University then gave a plenary talk titled: ‘Functional polymer materials for energy-effective desalination’.

In the concluding session, Dr Weiping Wu gave a talk on the SCI Chinese UK Group, and how it has been supporting the CSCST-UK and the annual conference. The awards for best SCI-CSCST Oral Presentation and Poster were announced based on the recommendation of the referee panels. Professor Jianliang Xiao announced the oral awards winners and Professor Sheng Dai announced the award winners of the poster presentations. All received the awards certificates from SCI.

The SCI-CSCST-UNFN prize winners are listed below: 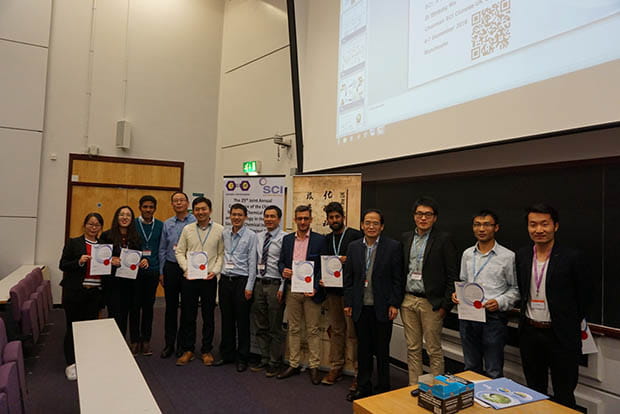 First Prize:
Mr Tamal Barman – The University of Nottingham – Synthesis and characterisation of styrene based polyfluoroacrylate emulsion for hydrophobic

Second Prize:
Lingqiao Wu – The University of Nottingham – Photo-oxidation of cyclopentadiene and derivatives using CO2 as a solvent

Finally, the local conference committee showed the delegates around the campus, the department and the labs at the University of Manchester.