‘Our mission is to make the discoveries that defeat cancer,’ said Professor Workman, who leads the ICR as its Chief Executive and President. Describing his work as a personal passion, he said despite some shocking statistics, his talk would carry a message of hope. To put into perspective how damaging a disease cancer is, Professor Workman highlighted that:

Whist the ICR supports advocacy groups and networks, which Professor Workman says are key to growing cancer survival rates, it has research at its heart and is one of the most influential and successful cancer research organisations in the world. 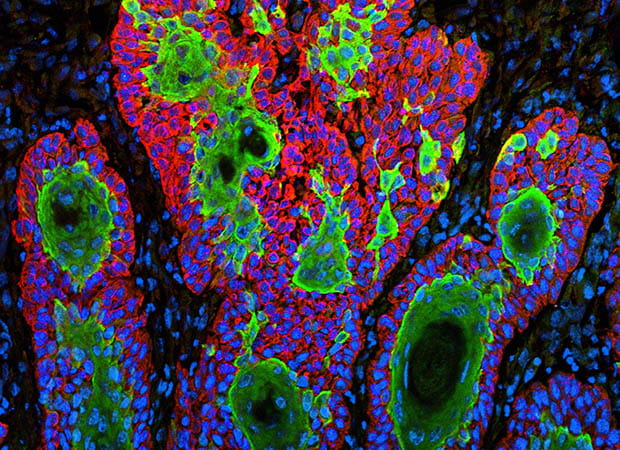 It was not only the first to link smoking to cancer, but its scientists were the first to provide conclusive proof that DNA damage causes cancer.

But now, the Institute and others are facing a major challenge in the search for new cancer therapies. Much like the ongoing issues with antibiotic resistance, cancer cells can adapt through Darwinian evolution and are becoming drug-resistant and more aggressive.

One of the ways that scientists are tackling the challenge is through personalised medicine. In 2004, upon the completion of the Human Genome Project that successfully mapped the entire human genome sequence, a world of possibilities for new therapies opened.
Professor Workman adds that while the project ‘may not have delivered as we might have hoped, it has been hugely powerful.’

With this knowledge, cancer researchers can predict the response, sensitivity and resistance of a patient to a certain drug, and the side effects that they might see in that individual, by studying the different markers for cancer that are currently identified. 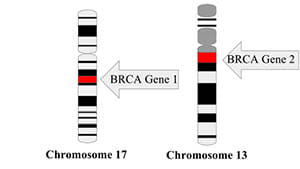 An example highlighted by Professor Workman is the identification of the BRCA2 gene, which in certain variations is a precursor for ovary and breast cancer. As the BRCA2 gene is hereditary, family members of patients diagnosed with these cancers can now be tested for the gene, and, if the results are positive, preventative measures, such as surgery, can be put in place before the detection of cancerous cells.

Mapping the human genome has also aided drug discovery. After isolating the BRCA2 gene, scientists were able to demonstrate that PARP inhibitors could kill BRCA mutant cancer cells. Now, the market has four available PARP inhibitors, including Lynparza and Talzenna.

Radiation can damage healthy tissue during treatment of a tumour, but with the MR Linac machine, which tracks the tumour’s position in the body during movement within the scanner, such as breathing, we are now able to treat tumours with higher doses whilst sparing normal tissues.

How the MR Linac radiotherapy machine could transform the care of cancer patients. Video: TheICRLondon

In September 2018, the first ever patient in the world was treated with this technology, and now Professor Workman hopes that the machines can find homes in hospitals across the UK.

However, even with all of the emerging therapies in cancer research, the most effective remains early diagnosis and prevention. ‘The best thing you can do for preventing cancer is to exercise, to not be overweight, and, I’m afraid, to decrease your alcohol intake,’ says Professor Workman.