Drugs are chemicals that alter brain function so why do we treat some, eg alcohol and nicotine, differently from others, eg heroin and cannabis? This was the challenge that Prof David Nutt posed to the London Group at UCL on 2 Nov 2010.

The meeting came a day after The Lancet published a study by the Independent Scientific Committee on Drugs, Drug harms in the UK: a multicriteria decision analysis (see link below), which ranked 20 drugs in order of harm – including harm to other people - and put alcohol in first place. Controversially, ecstasy and LSD were ranked as among the least harmful.

The evening also coincided with the anniversary of Prof Nutt's sacking as Chair of the government's Advisory Council on the Misuse of Drugs. He and colleagues set up the ISCD soon afterwards.

Revelling in his sacking from the government, Prof Nutt launched an attack on the political and moral agenda of the Advisory Council on the Misuse of Drugs which used to employ him. 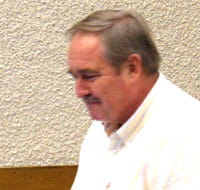 Noting that while the system of drug classification set up under the Misuse of Drugs Act in 1971 was intended to allow drugs to move between the classes, it has proved to be a one-way street. The decision to downgrade cannabis to Class C in 2004 was overturned by Gordon Brown three weeks after his appointment as prime minister, and without consultation. Criminal convictions for cannabis consequently jumped from around 88,000 in 2004/5 to some 160,000 in 2007/8.

Several drugs have been banned, or moved into a higher classification, for the highly unscientific reason that their molecular structure is similar to amphetamines. 'The antidepressant bupropion looks like amphetamine but there's no evidence of abuse, toxicity or harm,' he said. And politically-inspired moves towards introducing a drug driving test could rapidly encroach into other areas, such as stop and search, he warned.

Arguing that possession of drugs for personal use should not be a criminal offence, Prof Nutt pointed out just how harmful it can be to an individual to get a criminal record. Portugal's strategy of permitting possession has resulted in a 50% drop in criminal drug use. 'Existing drug laws in the UK are not based on science, so are unjust,' he said, 'The real killer is alcohol, but they are demonising cannabis and ecstasy'.

He was equally angry about the treatment of people who take drugs for medicinal purposes, and noted that the UK is one of the few countries in Europe where there is no access to medicinal cannabis. 'This policy criminalises people who would not be harmed or harm others – is this just?' he asked. Apart from the evidence that cannabis can help MS sufferers, he noted 'people with schizophrenia benefit from cannabis, and those with adult ADHD benefit from stimulants which paradoxically calm them, and form the basis for Ritalin.'

The heavy approach to drugs showed a marked contrast to policies on alcohol. The liberal approach here has enabled supermarkets to cut prices to as little as 8p/unit, compared with 40p/unit for a pint of beer in a pub. The damage is showing in rates of cirrhosis and other diseases, especially among young people, and liver disease is set to overtake heart disease in ten years. 'The idea that drink isn't a drug distorts all debates,' he said, 'There's so much wrong with the current system we should start afresh.'

Policies on tobacco have, of course, gone the other way, with higher pricing and the ban on smoking in public places bringing down smoking rates – and improving health.

The media also came under fire for its stance on drugs. Prof Nutt quoted from Alasdair J M Forsyth's PhD thesis Criminal Justice Matters, Crime and the Media, which found one media mention for almost every ecstasy-related death over a five-year period – against just one for over 265 paracetamol-related deaths. Many of the ostensibly drug-related deaths were actually due to other causes, such as dehydration, or indeed over-hydration, he said.

But despite the apparent green light he gave to drugs, Prof Nutt had no ready answer over what to do about traffickers. The Dutch turn a blind eye to suppliers of their 'coffee shops' he noted.

His current interest is in finding a less harmful alternative to alcohol. 'If it was newly invented it would be banned,' he said.