Exceptionally toxic gases that can kill are not only produced in the body, but are vital to its survival. Drug companies are now tapping into their potential and finding ways to deliver them, says Emma Dorey

Nitric oxide, carbon monoxide and hydrogen sulfide are exceptionally toxic gases, which can be lethal even in relatively low doses. However, recent studies have shown that the human body produces and uses these toxic gases. Studies in 1987 demonstrated that NO acts as a signalling molecule. Later, CO and, more recently, H2S have been found to have similar physiological functions. While some scientists are sceptical of the parallels between CO and H2S with NO, others are convinced that all three are involved in regulating cell function, and therapeutics based on these gases are already being developed.

CO and H2S have received a lot of attention recently because of parallels with NO. All three gases are thought to be members of the same ‘gasotransmitter’ family – gaseous signalling molecules with similar functions and metabolic pathways.

Evidence that NO, CO and H2S interact suggests studying all three gases makes sense. ‘One gas will complement or offset another – they work as a team and this is why they are in the same family of gasotransmitters,’ says Rui Wang, vp of research at Lakehead University in Canada, who studied NO and CO before focusing on H2S.

It appears that in certain conditions CO and NO, for instance, may interact, but the interplay between the two molecules is complex, and poorly understood, says Nuno Arantes-Oliveira, ceo of Alfama, a company developing CO therapeutics (see Box). He adds that one gas can boost the production of the other, acting on regulatory pathways to increase gasotransmitter synthesis.

However, while some believe that all three gases are vital to biological processes, others are not convinced. Salvador Moncada, director of the Wolfson Institute for Biomedical Research at University College London, UK, says that although the evidence in favour of NO playing physiological and pathophysiological roles is firm, the evidence supporting the biological role of CO and H2S remains preliminary and controversial. The mechanism to synthesise these gases and how they exert their claimed functions is not clear, he adds.

Philip Moore, professor of integrative pharmacology at Kings College London, agrees that the evidence is slim, particularly for H2S, but says that is what makes the area so interesting. Much is already known about NO because it has been studied for two decades, whereas H2S has been looked at for only 6 or 7 years, Moore points out. ‘There is an awful lot more to find out about the biology of H2S,’ says Moore. ‘We are very much in the early days [regarding] how it works and the therapeutic possibilities.’

NO, CO and H2S are thought to be involved in a range of diseases and drug companies are starting to develop therapies to target these pathways. However, separating toxicity from therapeutically useful doses and delivering them safely are still big hurdles. ‘The great challenge to the development of gases as therapeutics is precisely the fact that they are gases, and as such present a number of logistic, delivery and dosing issues,’ says Arantes-Oliveira.

Nevertheless, some NO-based drugs are already on the market. Nitroglycerin, for example, widens blood vessels and is commonly used to prevent angina. And Viagra (sildenafil), which relaxes muscles and increases blood flow by inhibiting the breakdown of guanylyl cyclase leading to NO release, is used to treat erectile dysfunction.

David Lefer, professor of surgery at Emory University, US, says the biological activity and relative potency of CO are limited when compared to NO or H2S, and the effects of CO in animal models of injury have not been quite as robust as those observed for NO or H2S, making CO a less attractive target for therapy. ‘Time will tell,’ he says.

In 1949 it was discovered that carbon monoxide is produced by the body, but was initially believed to be metabolic waste – a useless bystander, says Wang. Later studies in 1952 showed that CO can actually be produced in the body via haemoglobin degradation. Although the first haem oxygenase involved in CO’s production was identified in 1968, it was not until 1993 that Soloman Snyder’s team at Johns Hopkins, US, discovered that CO could be a messenger molecule in the brain to help long-term memory.

In 1994, Wang’s team showed that CO is also critical to the cardiovascular system – without CO, blood vessels are severely constricted, resulting in elevated blood pressure.

Now it is a well accepted fact, Wang says, that almost every organ in our body produces CO and that abnormalities in CO production leads to a variety of disorders, including hypertension, inflammation, heart failure, neurodegeneration and liver damage.

CO’s toxicity is down to its competition with oxygen for haemoglobin. Once saturated with CO, haemoglobin can no longer carry O2, leading to hypoxia and death.

The discovery of endogenous production of nitric oxide and its role in the cardiovascular system won three scientists the 1998 Nobel Prize in Physiology or Medicine. Scientists also discovered it was produced in the stomach, lungs, penis and nerves. There is now evidence that an imbalance of NO is involved in atherosclerosis, high blood pressure, heart failure, inflammatory bowel disease, erectile dysfunction, sepsis, central nervous system disorders, such as epilepsy and stroke, and respiratory disease, such as asthma and COPD.

In high concentrations, NO reacts with superoxide, an oxygen-derived free radical, resulting in the production of the highly oxidising peroxynitrite, which is toxic to tissues and found in many forms of human disease.

• NitroMed is developing NO-based drugs for cardiovascular and inflammatory diseases, and is also developing NO-coated cardiovascular stents. In 2005, BiDil (a combination of isosorbide dinitrate and hydrochloride) was approved by the US Food and Drug Administration for heart failure in black patients.

• Alfama is developing CO-releasing molecules (CORMs), which bypass the problem of high affinity to haemoglobin, to treat acute liver failure and bacterial infections. ‘We’ve seen reproducible therapeutic effects in animal models of diseases ranging from rheumatoid arthritis and multiple sclerosis to myocardial infarction, transplant, stroke and gastric ulcer,’ says Arantes-Oliveira. ‘Potentially, CORMs can be better and safer than current treatments of any of these diseases, and probably many others, so the potential market size is easily in the billions.’

• Antibe Therapeutics has found that administering NO or H2S donors with painkillers reduces gastric problems. It is creating better drugs by adding an H2S releasing compound to established off-patent inflammation, vascular dysfunction and pain drugs. Its lead product, ATB-429, is in Phase 1 trials for inflammatory bowel disease.

• Similarly, CTG Pharma is developing more active or safer therapeutics by chemically inserting H2S-donating groups into established drugs, such as aspirin and diclofenac. The slow release H2S has marked activity in inflammatory cells and cytoprotective effects in non-inflamed tissue, according to the company. CTG Pharma is currently developing drugs to treat urological, ocular, neurodegenerative and cardiovascular disorders.

• Ikaria is developing therapies of low doses of all three gases for the critical care market. The company has developed INOmax, inhaled NO, to treat newborns with hypoxic respiratory failure. Ikaria is also developing inhaled CO to treat cystic fibrosis and H2S administered intravenously as sodium sulfide to treat blocked arteries. 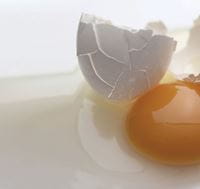 A 1943 research paper showed that hydrogen sulfide, responsible for ‘rotten eggs’ smell, is produced by the liver but – like the finding for CO at the time – was thought an oddity, says Ray Carson, lecturer in basic medical sciences at Leicester Medical School, UK, who is studying the role of H2S in reproductive physiology.

More than 50 years later, it was found that H2S is produced by nervous tissue in the brain and is a modulator of neurotransmitters. It was also recently shown that H2S can relax smooth muscle in blood vessels. ‘It’s taken a while to get going but, since then, publications have escalated exponentially,’ says Carson.

Wang discovered that H2S could have a beneficial role in blood vessel dilation and, in 2008, his team showed that mice with low levels of H2S in the cardiovascular system suffered from hypertension. Lefer found that administering H2S can limit heart attack damage and is now thought to also affect smooth muscle in the gut and reproductive systems. The gas has even induced a reversible hibernation-like state in mice – work that could eventually help trauma patients.

H2S inhibits the action of the enzyme cytochrome oxidase, halting the electron transport chain, which produces energy, in mitochondria. At low concentrations this slows metabolism, but at higher concentrations the cells run out of energy and die.