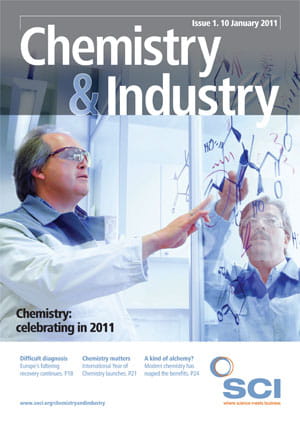 The diversity of organisms on Earth is not static; it fluctuates. But the rate at which species are becoming endangered has recently accelerated due to changes in land use and increased exploitation of natural resources. This exploitation has sped up since the industrial revolution. The world’s population is also increasing – 2bn in 1927 to almost 7bn today – placing further pressures on natural resources. Plants are a key component of these resources, providing the raw material that supports many industrial processes, as well as feeding people and animals. However, because we were not monitoring biodiversity in any detail it was unclear what was being lost and the rate at which populations of species were declining.

A joint project between the Royal Botanic Gardens, Kew, the Natural History Museum, London, and the International Union for the Conservancy of Nature (IUCN), the results of which were announced in September 2010, undertook a global analysis of the extinction risk for the world’s plants. The Sampled Red List Index (SRLI) for plants provides the baseline data for plant conservation and, for the first time, it will enable people to investigate the extent of the threat to the world’s estimated 380,000 species of plants. So, in the future, the conservation status of a species can be monitored and it can be protected. This tool should allow companies that rely on natural resources to improve the ways they source plants and reduce the impact their activities have on biodiversity.

Many companies are very aware that they need to change their business practices and, as stated by the economist Nicholas Stern in his 2007 Stern Review Report on the Economics of Climate Change, ‘business as usual is not an option’. Sustainability in supply has moved from being the language of conservationists to being at the heart of commerce. The importance of sustainability, especially sustainable development, was highlighted earlier by the UN World Commission on the Environment and Development in its 1987 Brundtland report that defined sustainable development as ‘development that meets the needs of the present without compromising the ability of future generations to meet their own needs’. However, it is only in the last few years that the impact of decreasing natural resources has hit many companies. Pharmaceutical and cosmetic researchers are not only looking at their current supply chain to avoid over-exploiting the resources they are currently using, but they are also looking at procedures that they need to have in place when selecting plants that might be the basis for their new product line.

Medicinal plants are natural resources that face huge challenges. Back in 1985 the World Health Organization (WHO) estimated that 80% of the world’s population relied on plants as their primary source of health care. Today the proportion of people using plant-based therapies has most likely increased as people in the developing world are increasingly using plant-based remedies, as well as medicines that can be synthetic or plant-based. It is estimated that most of the 400,000t of medicinal plants entering the trade each year are harvested from non-sustainable sources and many species are being over-exploited.

China has 33,000 vascular plants, of which over 8000 are used in traditional Chinese medicine (TCM). Of the 8000 species used, about 600 are widely traded and only 200 are cultivated. China is very aware that if it is going to meet the needs of the increasing market in TCM, as well as the interests of western pharmaceutical companies, then it needs to increase not only the number of species in cultivation, but also the amount being cultivated. To this end, the country is establishing a national medicinal plant genetic resource bank and has established over 160 botanic gardens.

In India, there are 45,000 species of plant of which 15,000 are used in Ayurvedic and Unani medicine, and about 90% of these are wildharvested. It has been estimated that if strategies are not put in place to stop their exploitation, nearly 10,000 species face extinction. To halt this loss, India is also investing in the establishment of gene banks. Africa and South America face similar issues and are currently developing conservation strategies that will support sustainable medicinal plant cultivation. This vital conservation work is driven by the economic value of biodiversity to local communities, as well as the needs of industry.

The role of plants in drug development has fluctuated over the years. In the 1970s and early 1980s, many pharmaceutical companies looked to plants as sources of new leads. Then industry turned to the screening of large computational libraries of synthetic compounds. Now many are returning to nature and some are looking at ways they can target those species that have known medicinal uses. This approach poses questions with respect to how they might use this traditional knowledge and financially acknowledge those communities that are the custodians of that information. But a bigger issue that will influence whether companies will maintain their interest in plants is one of supply. Thus there is an urgent need for tools, such as those being developed by the SRLI project, that provide information about the conservation status of a species.

If the appropriate measures are in place, commercialisation of plants need not have negative impacts on biodiversity. In fact, putting a price on a species can help support its conservation, as well as the habitat in which it exists.