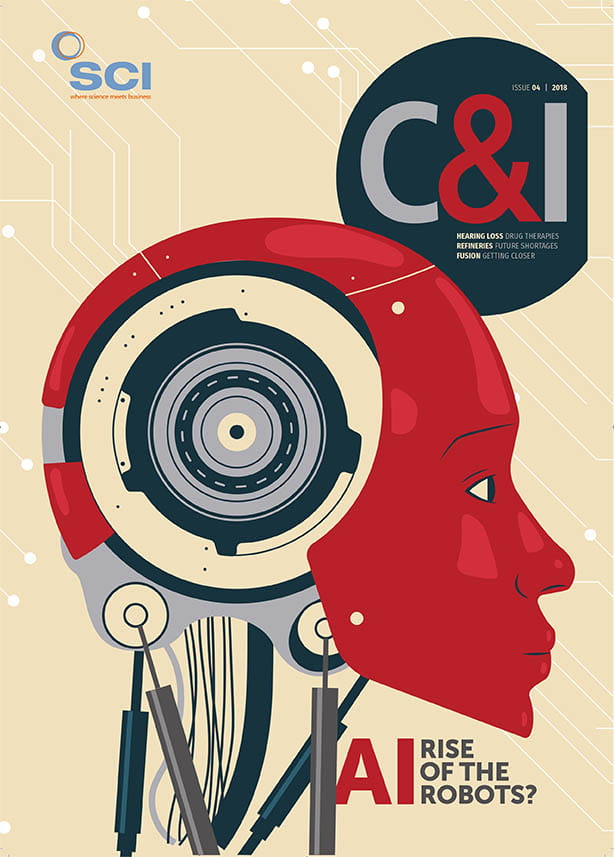 Scientists in the UK have developed a new microscope that can weigh individual proteins by looking at how they scatter light on a glass slide. By weighing a protein precisely in this way, the technique can detect whenever another molecule binds to it and changes its mass.

The technique can weigh individual molecules between 50 and 80kDa. It can quantify the mass of proteins before and after they interact with other proteins, sugars or lipids. ‘We’ve been able to quantify light scattering with sufficient accuracy that we can measure individual proteins,’ says senior author Justin Benesch at the University of Oxford, UK. ‘It’s one thing to see a molecule. It’s another to see it well enough to be able to tell how big it is.’

The researchers turned their microscope on a number of interesting biomolecules, such as the alpha-synuclein protein associated with Parkinson’s disease. The mass of alpha-synuclein is 14 kDa, which increases to hundreds of kDa as aggregated structures form on a lipid membrane. As well as the rate of assembly, they could calculate the number of proteins.

One possible application is in drug screening, where changes in mass would reveal how many small molecules bind to a target.

All proteins are made of the same amino acid building blocks, and have almost the exact same optical properties.

Also, the space a protein occupies is a consequence of the number of amino acids. ‘These are the two numbers that matter most when it comes to the main sources of variation from protein to protein,’ says paper co-author Philipp Kukura. ‘Both these numbers vary by about 1% and we looked at 170,000 proteins from six different organisms.’

The new paper comes after around eight years of research. ‘We want people who are not experts in building microscopes to use this setup,’ says Benesch, who points out that the group is starting a company to deliver the technology to the research community.

An accompanying article in Science (S. Lee and D. Klenerman, 2018, 360, 378) notes that the technique allows the direct assembly of protein complexes to be followed. ‘This will be particularly important in protein aggregation, in which it has proved difficult to directly follow the assembly of the small soluble protein aggregates that are thought to play a key role in the initiation and spread of neurodegenerative diseases,’ the authors write.