We are all now well aware of the impact of burning coal, oil and gas (often known collectively as fossil carbon) on the climate of our planet. This has been extended to examining the sustainability of plastic packaging over the last few years, both in terms of environmental pollution and potential impact on the climate. However, less attention has been given to consumer products, 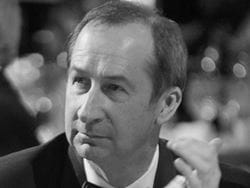 paints, textiles and a whole range of other products based on carbon chemistry. It is worth exploring where we are and what we can do to lessen the scale of climate change by everyday life. 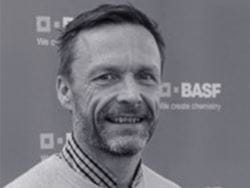 What are we actually talking about?

Sustainability can seem to be a nebulous concept without rigorous definition. One route is to separate out the supply chains that leads to the individual products and examine what happens to the products after use. The supply chains we are interested in mostly start with carbon produced from fossil sources, and it necessary to quantify the scale of carbon use so as to enable a full economic (because governments care about this) and commercial (because businesses are driven by this) analysis of options and their likely impact on carbon dioxide emissions (that everyone should care about).

The established methodology breaks down the carbon dioxide emissions of any company within a supply chain into three areas, called Scopes. These are defined (by organisations such as the World Resources Institute and the World Business Council for Sustainable Development) as follows:

Scope 1 – All Direct Emissions from the activities of an organisation or under their control. Including fuel combustion on site such as gas boilers, fleet vehicles and air-conditioning leaks.

Scope 3 – All Other Indirect Emissions from activities of the organisation, occurring from sources that they do not own or control. These are usually the greatest share of the carbon footprint, covering emissions associated with business travel, procurement, waste and water and what happens to the products in use and at end of life.

Most companies have a good data on their Scope 1 emissions, and there are shared standards for Scope 2 (since they tend to be national energy source related). Figures for the upstream Scope 3 emissions are starting to be collected (ONS is building such a database), but there appears to be no agreed or available measure of downstream Scope 3 emissions. Given that the carbon source for most chemical products is petrochemical, the whole supply chain is effectively putting fossil carbon into the ecosphere, and thus at risk of contributing to climate change. This means that, by 2050, to comply with Net Zero commitments, the whole supply chain will need a new source of non-fossil carbon. This change needs to start now! 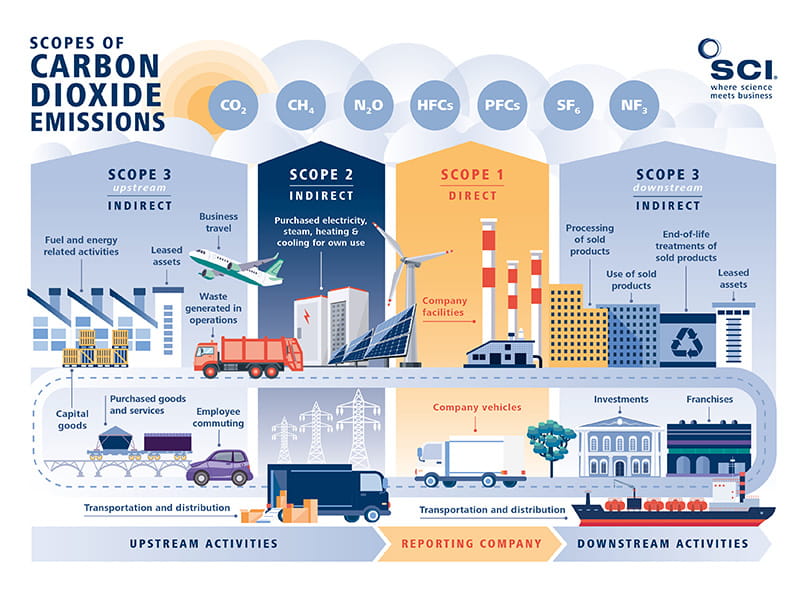 What size of problem are we talking about?

Whilst it is difficult to get accurate numbers, it is possible to estimate the amount of fossil carbon that has been extracted over the last 100 years (when our use of fossil fuels reached significant levels).

If we focus on the use of fossil carbon outside of its use as a fuel, figures indicate that the fraction of oil and gas going into “chemical uses” has increased (globally) to over 2.6 billion tonnes of carbon dioxide equivalent a year (in 2017). This rate is projected to increase by anywhere between 16% and 26% by 2050, at which point it would be larger than the projected use by transport.

There has been analysis of the use of petrochemicals to make plastics and (according to both global and UK Government figures) is about 40% of the toral petrochemicals use – which equates to just over 1 billion tonnes globally and about 15 million tonnes of carbon dioxide equivalent in the UK.

The rest goes, almost unnoticed, into the production of textiles, paint, and consumer products and many other everyday products which we do not associate with climate change. It is estimated that consumer products put between another 10 and 15 million tonnes of carbon dioxide into the environment every year in the UK – around the same size as plastics! And, as other areas of fossil carbon use decline, this will become increasingly important.

What are our options?

There are two main approaches currently under consideration.

The first is to replace the basic chemical feedstocks with identical molecules but derived from “sustainable” sources. Consumer products usually are derived from the C2, C3 and C4 streams from a petrochemical refinery so, the argument goes, finding sustainable sources of these streams would enable the existing supply chains to continue and minimise the disruption to the entire industry.

An alternative approach is to look at the use of the current chemical species and replace them with other molecules which can be produced by an entirely biological route but deliver the same function in end use. This would require a more complete overhaul of the chemistry using industries.

In truth, the solution is liable to be a mixture of both approaches. Basic science exists to guide us on both approaches but proving that the relevant technologies can be made to work, and pay off the necessary investment, will be far from easy. And the sheer scale of manufacture and finance required means that the timescale required for change in the chemistry using industries is such that we need to address the challenge soon and urgently.

Another factor is that the many decisions that need to be made, and acted upon, up and down the supply chains, are complicated and interlinked, and unlikely to be driven by purely commercial logic. What is needed is a coordinated evaluation of the specific opportunities and the options within them.

What else do we need to consider?

Chemical feedstocks are not the only area looking for a source of sustainable carbon.

Perhaps the most aggressive research into using sustainable sources of carbon is by the aerospace/aviation industry where it comes close to being an existential threat. Although electric power can be, and increasingly is, used for short-haul flights, there is as yet no credible alternative for long-haul flights. The aerospace/aviation industry worldwide has embarked on a programme to source Avgas (basically iso-octane) sustainably, taking in sources from waste, sewage and biomass. Moving the source of aviation fuel from fossil to sustainable will require carbon equivalent to 900 million tonnes of carbon dioxide globally, of which the UK share is about 35 million tonnes.

A lot of options cite “biomass” as a source, which mostly depends on land use – but there is competition for this resource for food production. Again, numbers vary, but the value looks to be about 150 million tonnes of carbon dioxide equivalent a year. The UK is an effective user of agricultural and horticultural land, so there might not be much capacity for “growing” sustainable carbon in the UK by traditional methods.

The chemistry using industries must move to replace fossil carbon as their feedstock if we are to meet our Net Zero targets. If the Government acts to provide a regulatory and innovation framework that supports this change, there is an opportunity to open up new value chain opportunities in the UK. And there also needs to be more coordination between chemistry companies looking for sources of feedstocks, biotechnology companies looking to expand their operation and the potential users of sustainable carbon. We should not treat them as separate sectors – they are complementary partners in the quest to lower the use of fossil carbon.

The authors would like to thank Ian Howell of Unilever for discussions that led to this article.