SMEs working in agriculture are proving that game-changing innovation is not just reserved for big companies. Here, Alan Baylis compiles a list of five small companies who are changing the crop protection landscape.
Alan Baylis, Chair of SCI’s Board of Trustees

New chemical active ingredients for crop protection are increasingly hard to find and harder to get approved for sale. As a result, registrations of many staple products have been lost, and resistant weeds, pests and diseases are now serious problems. Fortunately, entrepreneurial small companies are finding and using new technologies to help secure global food production. Here are five young innovative companies leading the way:

When Nobel Laureate Sydney Brenner, a molecular biologist who worked out the role of messenger RNA in protein synthesis, met crop protection giant Syngenta’s new ventures organisation, the result was AgriMetis. With Board members and senior staff from the likes of Syngenta, Dow and DuPont, this start-up plans to develop new active ingredients based on or inspired by natural products. AgriMetis has patented a novel manufacturing route that may give a significant boost to the herbicide glufosinate – a competitor to glyphosate. Glufosinate sales have benefited from the pressures on glyphosate due to resistant weeds and the storm over its toxicity. However, it is held back by being less cost-effective. The AgriMetis route makes the L-enantiomer in which all the biological activity resides.  This raises the possibility of controlling weeds at up to half the usual rate of the racemic mixture of active and inactive enantiomers.

Technology from University of Connecticut start-up Vestaron is based on peptides from the venom of the Blue Mountain funnel web spider (Hadronyche versuta). An insecticidal peptide has been formulated alone and with two different strains of the bacterium Bacillus thuringiensis (Bt) in the Spear™range of products. A new insecticidal mode of action directed at the nicotinic acetylcholine receptor, key to nerve and muscle action, has recently been confirmed. Vestaron are now looking at engineering a gene for the peptide into GM crops.

Innovate Ag was founded in Australia in 2010 to exploit the insecticidal activity of extracts from tropical legume, the butterfly pea (Clitoria ternatea). These are a class of cyclic peptides called cyclotides. Their particular advantage is that they are not readily metabolised by insects. An insecticide called Sero-X™ based on this plant extract was approved for sale in Australia in 2016. A key target is the cotton bollworm. Sero-X™ has contact action, stopping feeding and disrupting egg laying. A new investor plans to gain registrations around the world. 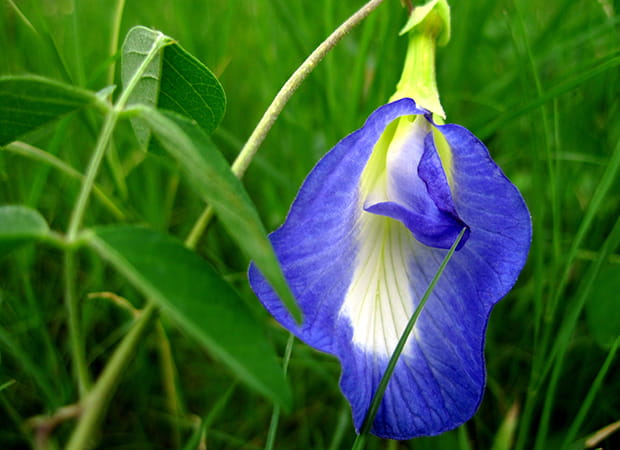 Pam Marrone launched Marrone Bio Innovations (MBI), a biopesticide company, in 2006.  R&D focused, more than 100 staff work at MBI’s HQ in Davis, California, US. Marrone has a good track record with start-ups. Her previous venture, AgraQuest, was bought by Bayer CropScience for $425m and MBI has attracted a chairman who was formerly CEO of Syngenta North America. The R&D pipeline includes several bioherbicides ­– a class yet to make an impact in the biopesticide sector. MBI has an eye for new markets and in 2018 gained registrations for several products to be sold into the fast-developing legal cannabis market in North America.

‘Decision Farming’ is how Canadian company Farmers Edge describes its business. Precision agriculture and decision support tools are provided to farmers across 33 million acres (13 million hectares) in North America, Brazil, Russia and Australia. Infrared satellite imagery is used to monitor crops and allows areas under stress to be detected. A new app from Farmers Edge automatically alerts growers to changes in the condition of their crops. Ground investigations can then be focused on determining the cause, be it due to drought, pests or disease. In Australia, the company has recently signed a deal with the global crop protection company Nufarm to integrate their offers.

The recent consolidation amongst the crop protection majors with the acquisition of Monsanto by Bayer and the merger between Dow and DuPont has raised fears of the sector struggling to innovate. However, necessity is the mother of invention and small young companies with global ambitions are rising to the challenge.